The new Bridget Jones film has already been criticised for its dated portrait of women. But to demand ideologically flawless female characters misses the point 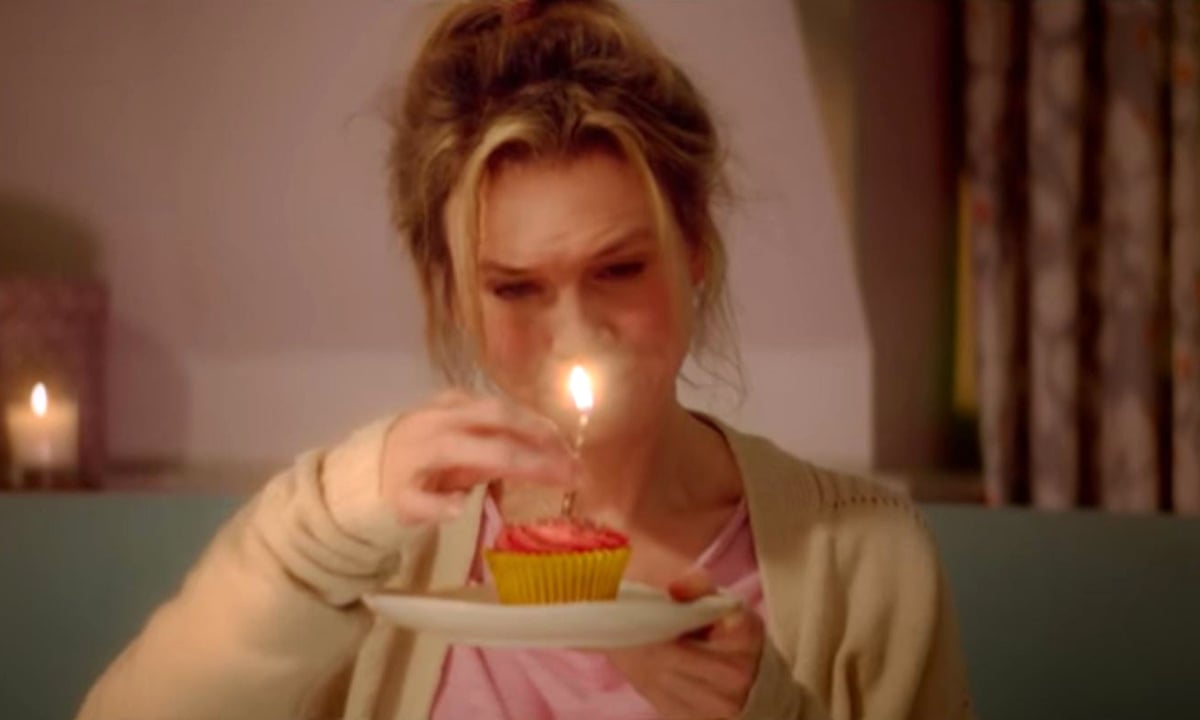 Its silly to judge a film by its trailer, but this is the internet, so here we are: Bridget Joness Baby looks quite bad. With Rene Zellweger rehashing the first movies brilliant opening scene, and Colin Firth being emotionally constipated, the trailer suggests that this film favours weak slapstick over the 2001 originals great set pieces. There are small saving graces: Bridgets mum, on learning that her daughter doesnt know who fathered her unborn baby, blurts out, 50% chance? Was it a three-way? Similarly, Bridge persuading Emma Thompsons ultrasound technician to reveal the miracle of life for each prospective father, once for Firth, once for Hugh Grant replacement Patrick Dempsey, gets good mileage out of making the same joke twice. Even the second Bridget Jones film, 2004s The Edge of Reason, couldnt manage that.

Bridget Joness Baby isnt out until September, but its already come under fire not only for looking comedically lacklustre, but for offering an imperfect portrayal of modern womanhood. Bridget Jones can no longer claim to represent Everywoman, wrote Barbara Ellen in the Observer. The Telegraphs Fiona Sturges criticised Bridgets definition of happiness as marriage and babies. But where does Bridget Joness Baby claim to represent Everywoman? And why does it need to? I read the first Bridget Jones book when I was 12, and knew even then that this neurotic lady wasnt meant to be aspirational, but a comic creation.

In post-Your Fave is Problematic culture, the expectation that female characters be ideologically watertight and representative is suffocating. Thats not to say that we should stop demanding racial diversity, constructive portrayals of minorities, and the end of misogynist narratives that use rape as a plot device. But the demand that female leads be perfect misses the point. Last week, Mary Katharine Tramontana wrote about Lena Dunhams hypocrisy for condemning the sexist language used to describe Hillary Clinton, while the characters in her show Girls routinely use words such as pussy and whore. Calling Dunham out for the lack of black actors in a show about 21st-century New York is fair and necessary, and if you cant define a character without resorting to offence, maybe youre in the wrong job. But consider for a second that the 29-year-old writer/actor, being acutely aware of what it feels like to be on the receiving end of those terms, is using them to show viewers that her characters may not be the kindest or most enlightened people.

Female characters written and conceived by women are always assumed to be extensions of their creators its that age-old inability to see female artists as anything more than confessional, or to remember the GCSE English lesson where you learned about The Death of the Author. Its what Meghan Daum called the Joni Mitchell problem: It speaks to the inability of most people to tell the difference between putting yourself out there and letting it all hang out. Its especially true when, as with Girls and Broad City, the writers play the characters. Last October, Broad Citys Ilana Glazer and Abbi Jacobson discussed this issue at the New Yorker festival. The more the show is developed, and the more distinct we become from the characters, [the more] were writing them as a tool, were using the characters as a tool, rather than [for] self-expression, said Glazer. Her character Ilana Wexler is a white Jewish girl so in awe of black culture that her appreciation frequently spills into appropriation: she wears huge gold hoop earrings that read Latina and punctuates her sentences with cries of yas queen.

Its uncomfortable, but its meant to be. The show, now in its third season, challenges the fictional Ilanas cultural appropriation in ways both subtle and direct. (Although Broad City is by no means perfect Abbis job cleaning toilets plays on how incongruent it is for white girls to live demeaning lives, writes Rebecca Wanzo, and a male rape scene was contentious.) The New Yorkers Emily Nussbaum wrote about the recent episode Co-op, in which Abbi impersonates Ilana, and subsequently creates an even worse racial caricature that reveals all of Ilanas follies. A later episode, Rat Pack, had Ilanas Venezuelan immigrant roommate Jaim gently confront her over the Latina earrings.

In a social media culture prone to firestorms, we fear getting called out for having bad politics. By pointing out the problematic traits of the people women we see on screen, we flag to the world that we get it. But racing to yell problematic! wastes the opportunity these characters give us to establish critical distance and reflect on our own worldview.

In 1977, the New Yorker pop critic Ellen Willis found herself dispirited by the loathing for female physicality that she heard in the Sex Pistols backstreet abortion song, Bodies. But rather than jump to outrage, she let Johnny Rottens lyrics spur her on with her cause: Music that boldly and aggressively laid out what the singer wanted, loved, hated as good rock and roll did challenged me to do the same, and so, even when the content was antiwoman, antisexual, in a sense antihuman, the form encouraged my struggle for liberation.

Demanding feminist perfection from characters and creators who never made that their intention limits womens art, and its potential for teachable moments. I dont need Bridget Jones to affirm my beliefs. Her improbably affluent white London existence, and her marriage-and-kids-shaped priorities are everything I dont want, which reminds me of what I do want. All I need from Bridget is a laugh: 50% chance.