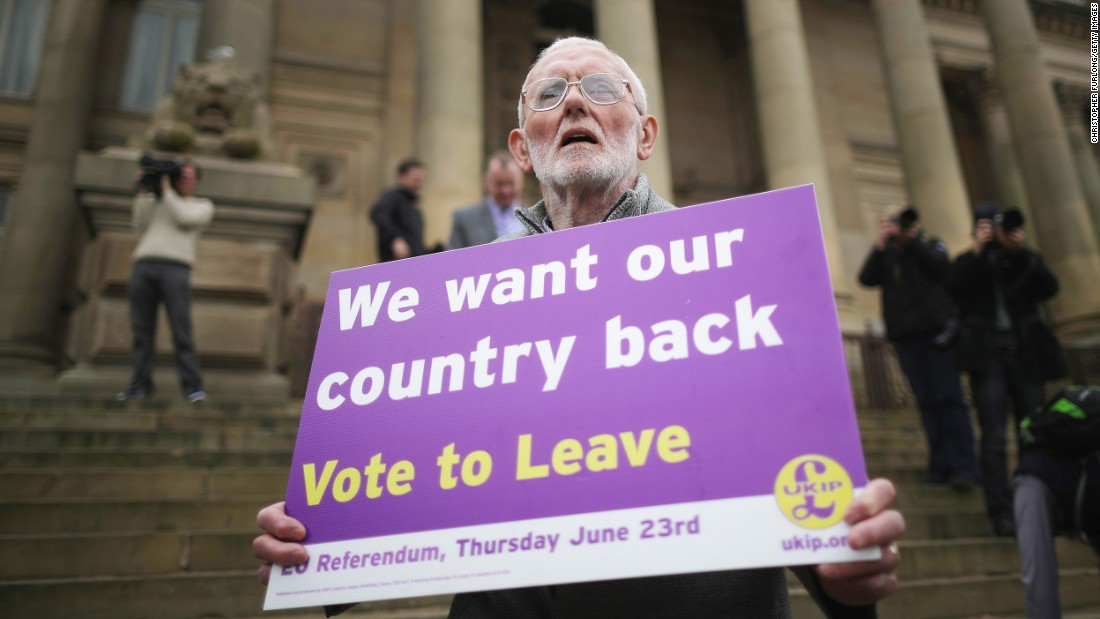 London (CNN)British voters would repeat their decision to leave the European Union if the “Brexit” referendum were held today, according to a new CNN/ComRes poll released Monday.

Six months after the UK delivered a result that shocked much of the world, 47% of British adults say they would vote Leave, with 45% saying they would choose to Remain, even though nearly half of them expect the decision to hurt them financially.
The remaining 8% of respondents said they didn’t know how they would vote.
On June 23, the public voted to leave the European Union by a margin of 52% to 48%, with the Leave side getting more than a million more votes than Remain.
The CNN/ComRes poll suggests that, despite a slide in the value of the pound and accusations that the British government has failed to set out a clear plan for Brexit, Britons have not changed their mind since they delivered arguably the first sign of the populist wave that Donald Trump rode to victory in the US presidential election in November.
“The British public have spoken and it was to leave the EU,” said ComRes chairman Andrew Hawkins.
“This poll should serve as a warning to Remain campaigners who want to force a second referendum that the clock cannot be turned back without risking a huge public backlash. Most of the public think the June result should stand and even some 17% of those who believe their personal finances will worsen post-Brexit would still vote to Leave,” he said.
The poll results suggest that the British voted with their hearts, not their wallets: Only a quarter of them (24%) said they thought they would be personally better off financially as a result of Brexit.
Nearly half (44%), by contrast, said they personally expected to be worse off financially because of Brexit. The other third (32%) of respondents said they didn’t know.
But perhaps surprisingly, nearly half (47%) of the public said they expected the country’s long-term economic prospects to be better outside the European bloc.
Just over one in three (36%) said they expected the country to be worse off, while the remaining 16% didn’t know. 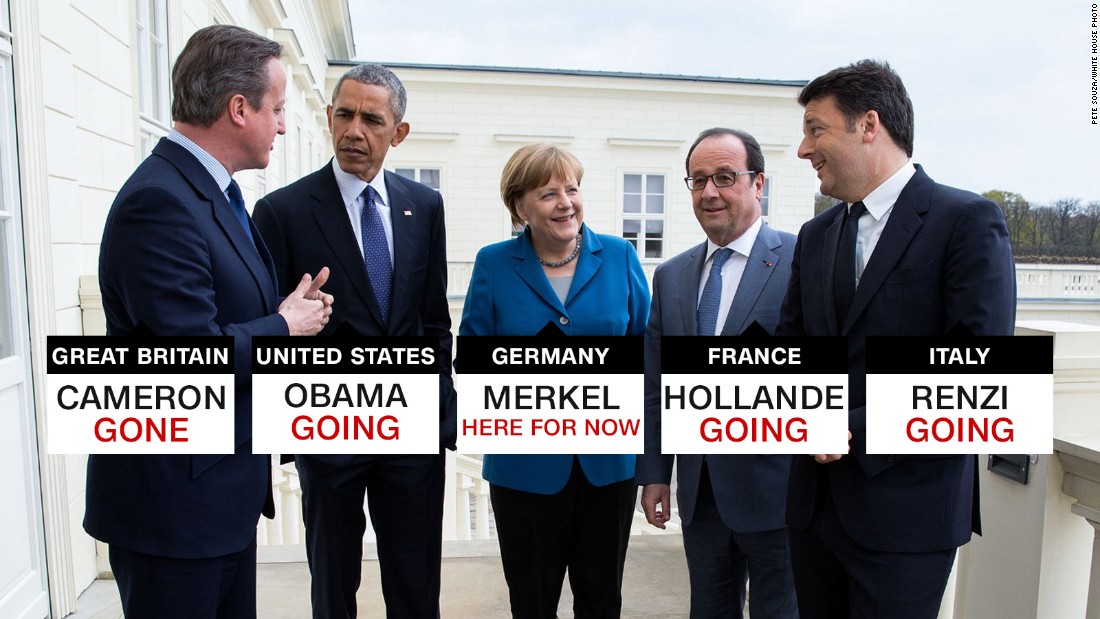 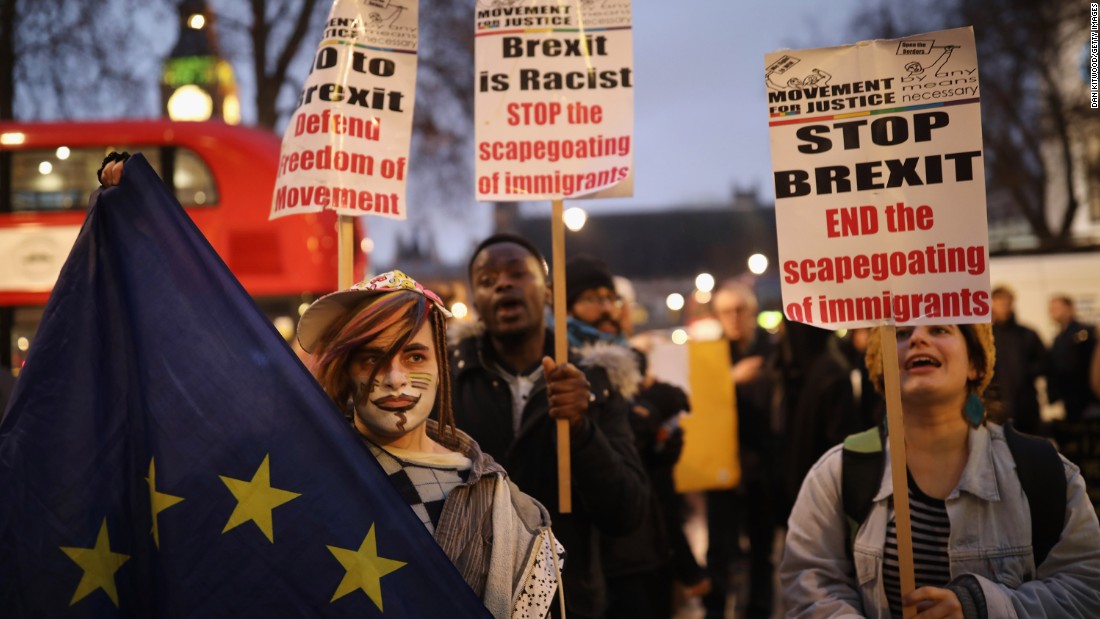 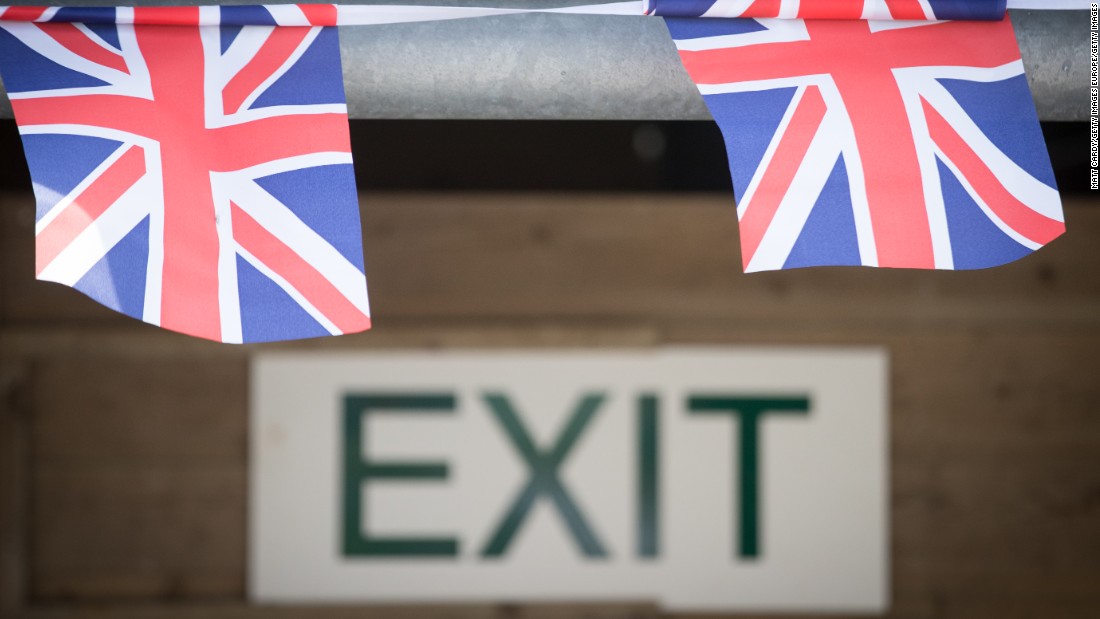 Brexit: How did it happen?

Just over half of respondents (53%) say that the United Kingdom should not have a second referendum once the terms of British exit from the EU are clear. About a third (35%) say there should be a second referendum. The other 13% said they did not know. (The figures add up to more than 100% because of rounding.)
But nearly two out of three people (63%) said they believed that Remain supporters were trying to scupper the referendum results. Only one in five people (20%) said they did not believe that, with a similar number (18%) saying they did not know.
Opinion polls should always be taken with a grain of salt; reading the mood of tens of millions of people is as much art as science.
Most British pollsters said the June result would be close, but probably a narrow victory for Remain.
ComRes did not predict the Leave victory in June. Their final survey before the vote found 53% supporting Remain and 46% in favor of Leave.
Its chairman said the company failed to anticipate how many older voters would turn out on referendum day.
2016 in review: The revenge of the forgotten
“Previously inactive older voters surprised everyone by turning out to vote Leave in far larger numbers than expected,” ComRes chairman Hawkins explained.
Full CNN/ComRes poll results
ComRes interviewed 2,048 British adults in England, Wales and Scotland aged 18 and up online between Dec. 15-18, 2016. They weighted data weighted of all British adults aged 18 and up. The poll’s margin of error is plus or minus 2.17 percentage points.