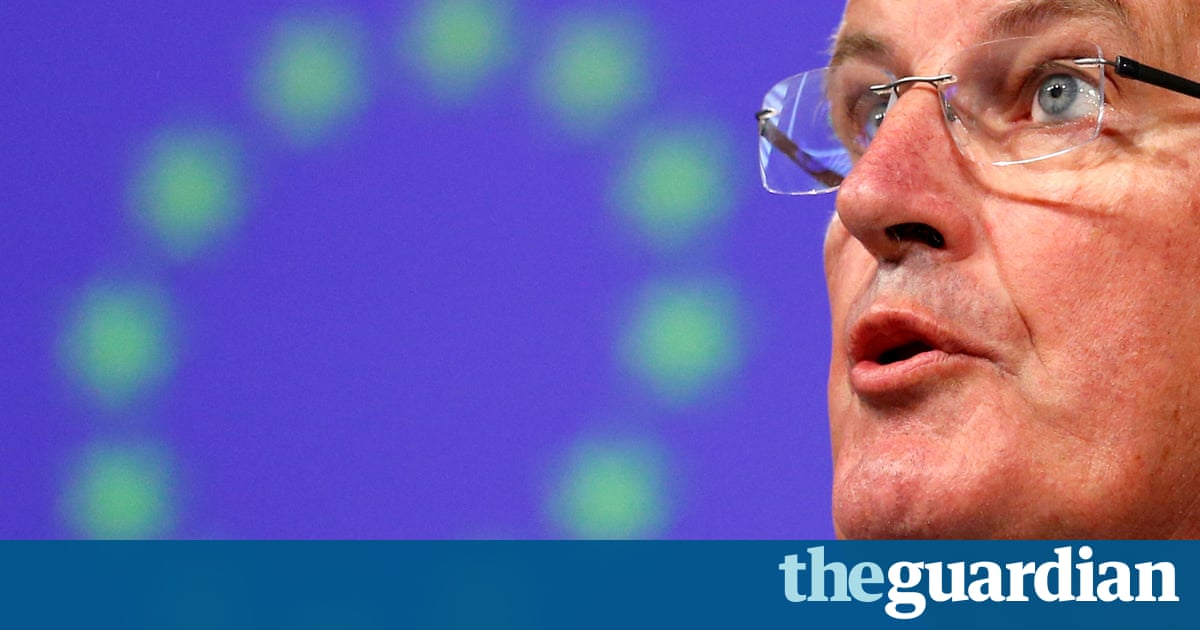 The EU’s chief negotiator, Michel Barnier, has said the UK appears to be going backwards on agreeing a Brexit financial settlement, as hopes of an autumn divorce deal hit rock bottom.

Speaking as the EU published its latest Brexit position papers, Barnier said he was disappointed with the UK position he had heard at the latest round of negotiations. “It seems to be backtracking on the original commitment to honour its past commitments,” he said. “There is a problem of confidence here.”

This problem was a moral one, he said. “You cannot have 27 countries paying for commitments made by 28.”

The Brexit secretary, David Davis, acknowledged in July that the UK had obligations to the EU from its 44 years of membership, but his officials spent last week’s negotiating round dismantling the EU’s calculations without offering any clues on what the UK might pay.

Barnier did, however, praise Davis for his professionalism after it emerged that the European commission president, Jean-Claude Juncker, had questioned the Brexit secretary’s commitment to the talks.

Juncker voiced concern about “the stability and accountability of the UK negotiator and his apparent lack of involvement” in Brexit talks at a meeting of top commission officials on 12 July, according to minutes released on Wednesday. The discussion took place before the second round of Brexit talks, when concern was running high in Brussels that the UK would not acknowledge its debts to the EU.

Describing how he had known Davis for 20 years, Barnier said they had cordial relations and defended him against the charge that he was not spending enough time at the EU negotiating table.

Turning to the substance, however, he made clear he saw the UK position as unrealistic: “It will not be possible for a third country to combine the benefits of the Norway model with the weak constraints of the Canada model,” he said.

Barnier also said he was very worried about the UK’s proposals on Ireland, because London was asking the EU to suspend its own laws.

It was Barnier’s first public statement since the Guardian published a Home Office memo setting out a possible blueprint for post-Brexit immigration policy.

The document has met a mixed reaction in Brussels, ranging from anger at the perceived attempt to run the rights of EU nationals, to more detached feelings that the policy does not concern the EU.

Barnier did not comment on the paper, saying that he wanted to work in “a serious fashion”. Many EU officials privately deem the Home Office call for an abrupt end to EU freedom of movement in 2019 as incompatible with a smooth transition, for instance into the European Economic Area.

He simply said debate in the UK was evolving and confirmed that Davis had raised the question of transition at their last meeting.

The EU negotiator’s evident exasperation with UK “backsliding” reduces already low expectations that Brexit talks will be able to move onto trade after October. Tensions over money were also evident in the newly released commission minutes.

Barnier told the European commission in July that “the UK’s real aim seemed to be to use past debts as a means of buying future access to parts of the single market, something which the union could not accept”, according to the document.

A former president of the European council, Herman Van Rompuy, said on Wednesday that the chances of Brexit talks moving to trade after October were “in the neighbourhood of zero”.

European leaders will be asked to decide if the UK has made sufficient progress on the Brexit divorce issues in October. If they deem that the UK has fallen short of their expectations on the Brexit financial settlement, EU citizens’ rights and the status of Ireland, talks will not progress to trade.

Van Rompuy told BBC Radio 4’s Today programme he was not confident of a deal by the end of the year: “Let’s hope that we have a breakthrough. The latest declarations are not reassuring, but let’s hope,” he said.