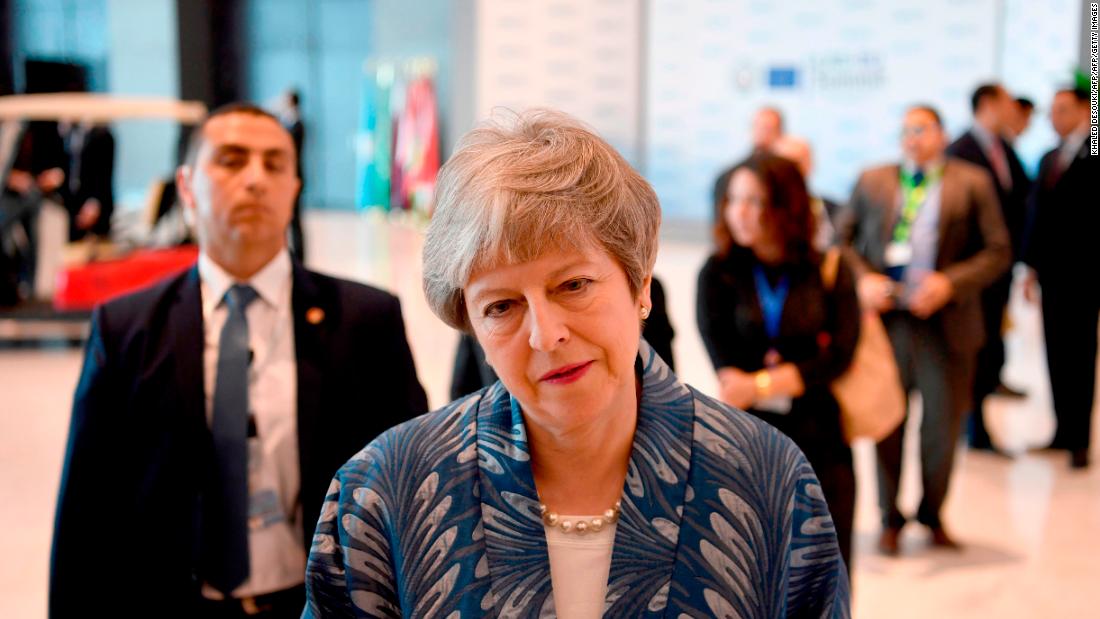 (CNN)Remember the days when British politics was like its weather and its food? Safely predictable, frequently disappointing, seldom extreme? Those days of moderation are behind us. The fish and chips haven’t changed, but everything else has. Stable, dependable Britain has become dangerously unhinged.

And nobody knows why we have to leave on March 29, a date that never once featured in the Brexit referendum. Prime Minister Theresa May declared in 2016 when we would go, and that was that. 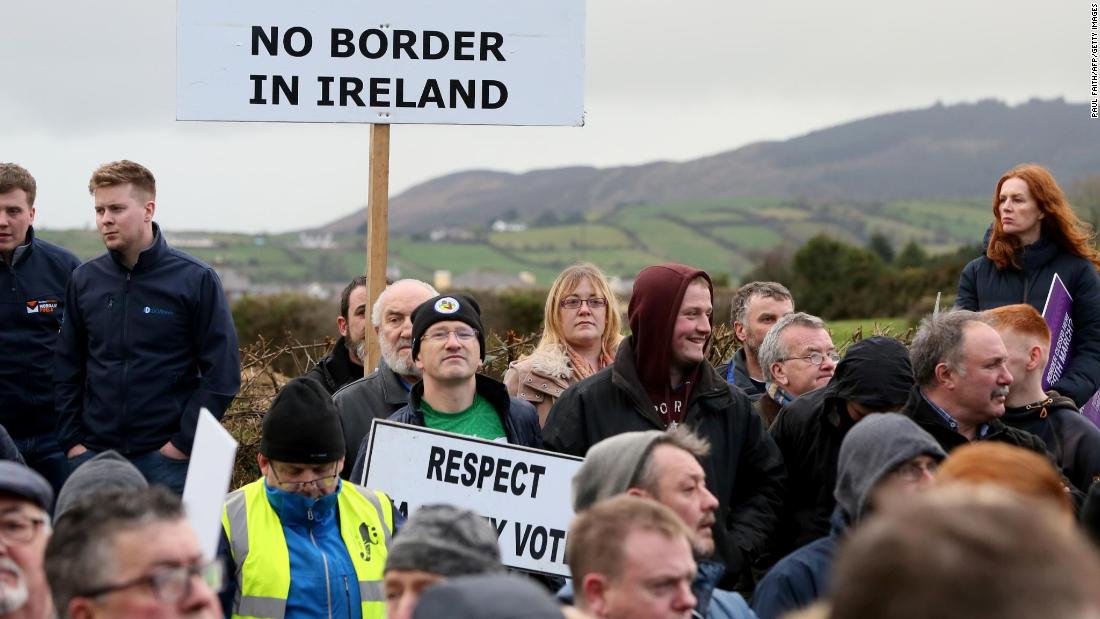 Until last week, she was still affirming that she would rather leave with no deal at all than postpone that date, even by a few weeks.
So, what about that no-deal scenario? If, three years ago, you had predicted that the Prime Minister would be threatening an entirely voluntary policy that crashed the economy and necessitated food and medicine shortages, most sensible people would have laughed in your face.
But this really is happening. The government has issued exhaustive guidelines, itemizing how our lives will change, and the health secretary has refused to guarantee that people will not die. If there is no deal, British ports will be blocked by new restrictions overnight. The basic facts — that we import almost half the food we eat and the insulin and radioisotopes we use to treat diabetes and cancer — cannot be wished away by flag-waving.
Under the threat of a host of ministerial resignations, the Prime Minister has now agreed to let Parliament vote for or against no-deal and subsequently to request an extension to the Article 50 negotiating period. 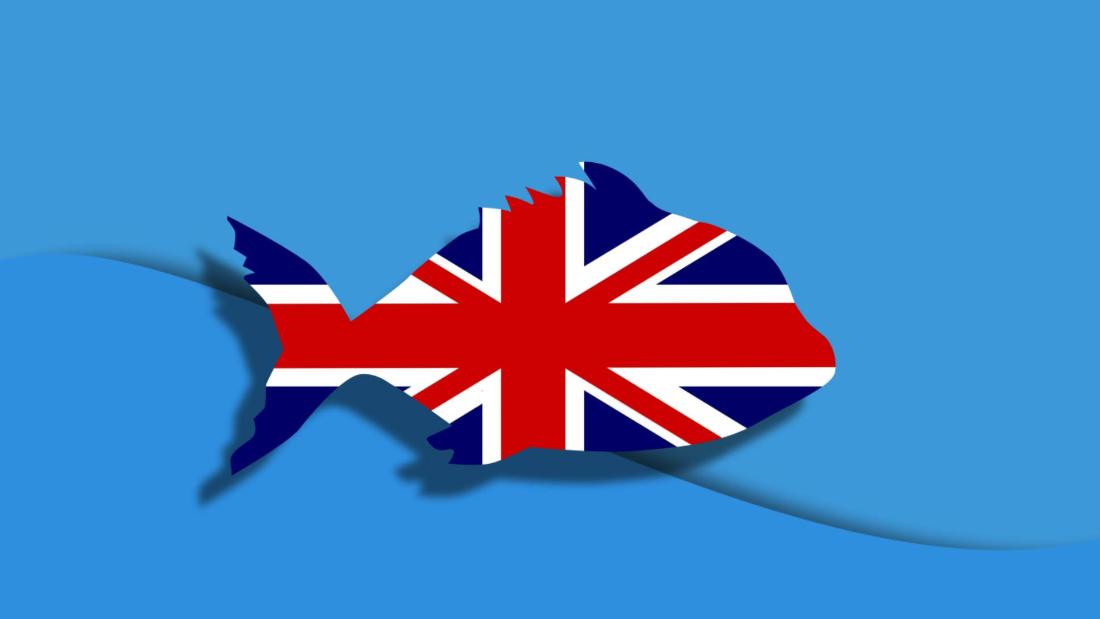 What a fish can tell you about Brexit

But she has had to be dragged, kicking and screaming, from the precipice. Astonishingly, even now she refuses to confirm how she herself will vote on either of the issues. All she does in public is reiterate that she wants us to leave the European Union, as planned, on March 29. It is as though she finds it more embarrassing to change an arbitrary date than to throw thousands of lives and businesses to the wall.
In the old Britain, we might have expected more mainstream voices to question in public if this is what people were voting for and to suggest giving them another say. The deal that May has agreed to is wildly unpopular and satisfies neither Leavers nor Remainers.
But the question of a second referendum remains a taboo in the Conservative Party. The Prime Minister repeatedly calls it a betrayal that would frustrate the will of the people, as though the people would betray themselves by daring to change their minds. Today’s British government literally affirms we will adequately serve democracy by cutting off our food supply but corrupt it beyond repair by holding a public vote.
Part of the problem is that May herself acts like a Tudor monarch, bearing the absolute authority to dictate the terms of Brexit as she pleases. To make that problem worse, May’s chosen Brexit is determined by one thing alone: her determination to end the free movement of people from the EU, which she privileges above everything else. No matter that immigration brings demonstrable social and economic benefits and that ending free movement means ending harmonized trade in goods and services, too; May, it seems, would rather keep foreign people out than keep British people at work. British governments have often exhibited xenophobia but rarely as pathologically as this.
May might be the figurehead of this new radicalism, but in reality she only reflects the symptoms of a wider disorder. Conventional wisdom had it that the closer we approached the cliff edge, the more grown-ups would emerge to calm the rhetoric and de-escalate the crisis. 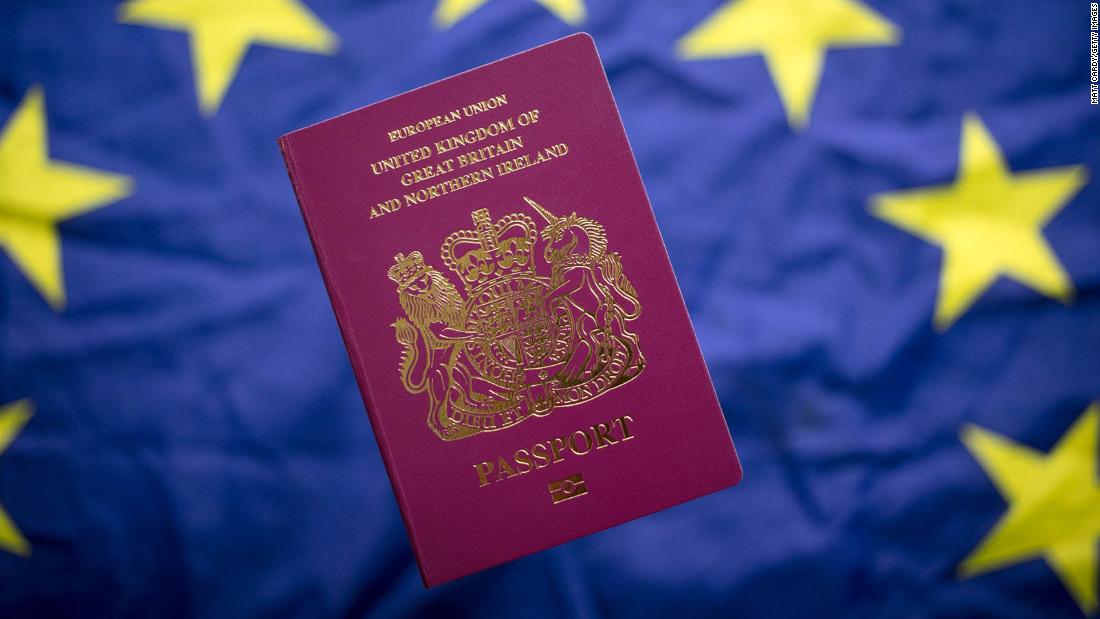 But in fact, the national conversation has only grown more extreme. Public statements which would once have been condemned as grossly egregious now appear entirely banal. Remainers and even soft Brexiteers are routinely branded as traitors — including by some members of Parliament — while the senior backbench MP Jacob Rees-Mogg has called for Parliament to be suspended if it defies the government.
Meanwhile, hardline Brexiteers now declare that people were voting for no-deal all along, even though in 2016 nobody mentioned the scenario once. Thus, lies slowly become accepted as truth, and the unthinkable becomes normal.
The real risk in Britain is that the new extremism cannot be contained. Any version of Brexit will break the promises of an improved economy and increased sovereignty. Public anger will grow if we deliver Brexit and if we don’t. Politicians will produce no end of scapegoats to take the blame and will further energize the far right. If we want to stop this, we must remember what life was like before the revolution. We may have found Britain boring, but we will not prefer it dangerous.