Donald Trump might want to build a wall around the country, but that doesnt mean you should do the same when it comes to your portfolio 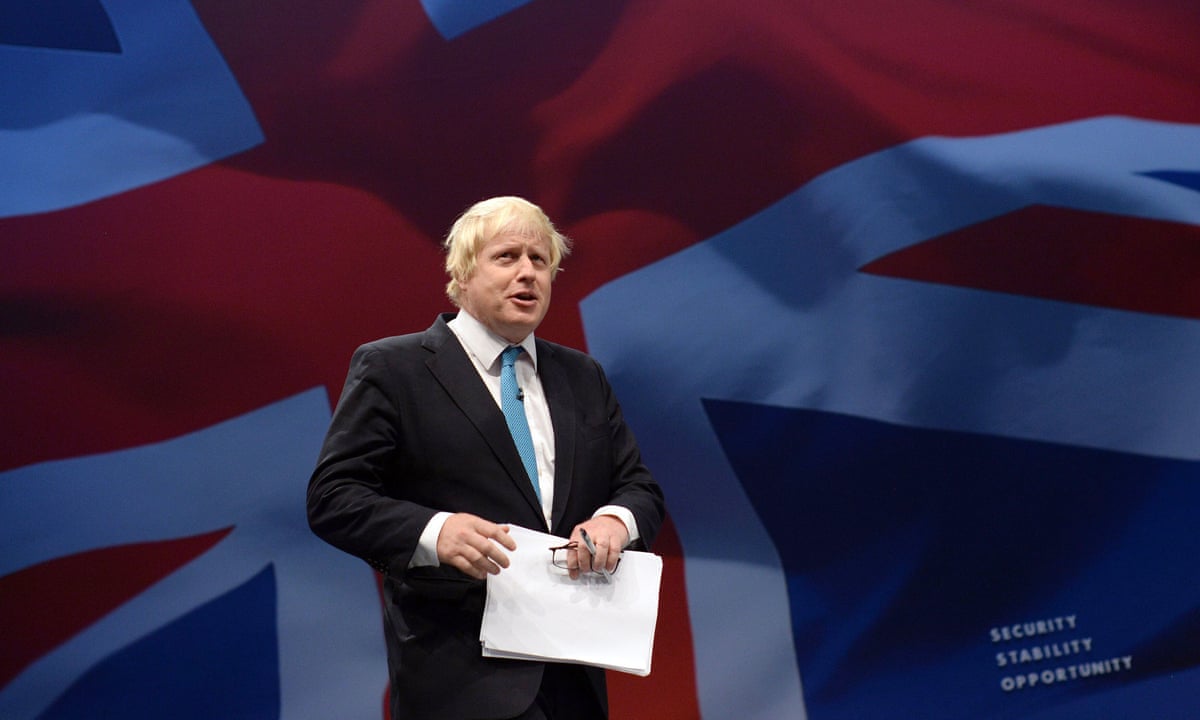 Brexit? Whats that? Among US investors, the news that Londons mayor, Boris Johnson, will campaign for the no side of the upcoming referendum over whether Britain will remain part of the European Union has been greeted with a giant yawn of indifference.

Sure, Johnsons decision drove the British pound to a seven-year low against the dollar and ignited a selloff in British stocks. But if you ask US market pundits what their domestic clients Mr and Mrs America should be doing to prepare for what many political analysts agree is a heightened risk of Brexit when the vote is held in June, youre likely to find their guidance distinctly unhelpful.

Press representatives for one large asset management company declined to make anyone available to chat about the topic, noting that the referendum is still four months distant. (That isnt stopping any of these institutions from pondering the potential outcome of the US presidential election, which is even further distant in time, of course.) A strategist at a private bank also declined to chat, apologizing for failing to be up to speed on a topic that isnt at the top of his mind at present.

Maybe that massive plunge in the value of the pound was simply a hallucination? Or dont Americans care yet?

The results of the referendum over Scottish independence taught us that four months can be an eon when it comes to anything political, especially when it comes to looking at polling data this far away from the event, said Sameer Samana, global quantitative strategist at Wells Fargo Investment Institute in St Louis, Missouri. Even weeks before that vote, markets were still penalizing stocks that had exposure to Scotland, and fixed-income markets worldwide suffered occasional fits of the jitters.

The truth is, too, that Americans tend to be insular when it comes to our investment portfolios. We have the luxury of behaving that way: thanks to the strength of both the US dollar and the relative strength of the US stock market, about 52% of all the money invested in stocks worldwide is invested in those that are traded in the United States. So take on the extra cost and risk of venturing abroad?

Recent history has simply confirmed that investors were right to shun non-US stocks. Emerging markets have suffered a meltdown, thanks to the collapse in commodity prices and contagion from China, among other factors. Europe has been battered by a succession of problems, from Greeces economic collapse and the banking crisis, to the current political challenge posed by the wave of refugees flooding the region. In Japan, Abenomics has delivered only unsteady economic growth.

Even with all those headwinds, there were plenty of markets that outperformed the US last year. Japans Nikkei index rallied 8.5% in dollar terms last year, and Italy, too, outpaced the S&P 500 indexs almost flat return. Even China, for all its volatility, delivered better results than the S&P 500. But our eyes are drawn to the dramatic headlines like the reports of big one-day moves in the Chinese stock market, and that spooks us completely. We end up simply avoiding overseas markets altogether, deciding that they arent worth the angst.

By the end of last year, the aversion of US investors to foreign stocks seemed to be at new highs. Lipper, which tracks the rate at which we buy or sell different kinds of mutual funds, reported that weekly outflows from foreign stock funds hit a record of $10bn during the week ended 23 December. And if we dont have money at stake, were not going to care as much.

For its part, Wells Fargo isnt urging its own clients to take big positions in either Britain or overseas markets as a whole. That isnt because of Brexit; their team of analysts takes a long-term view of risks and opportunities. Today, while US stocks make up only about half of all stocks in the world, they recommend that many of their clients should hold about 68% of their stock portfolio in the US. Of the remainder, about 21% would be invested in non-US developed markets in Europe and Japan, and the rest would be earmarked for higher-risk emerging markets.

What that means, in practice, is that British stocks would make up only about 1% of a clients total portfolio. To the extent that that is characteristic of what others are doing, it might explain why Americans arent fussing too much about the pounds behavior. (Unless, of course, they are planning a holiday in Britain this summer.)

There is plenty of room for that state of affairs to change, however for two very important reasons.

The first is obvious: time will pass, and the date will loom larger.

By June, Europe could well look worse than it looks today, and there will be a lot more reasons to write and talk about this, said Ian Bremmer, president of Eurasia Group, a political risk consulting firm, who recently discussed the Brexit risks with the Economist.

Then, too, Americans will come to realize just how entwined our economy is with that of the UK. British divisions of US multinational companies drive corporate profits nearly 9% of all foreign profits generated by US companies come from the UK, and at least 35% come from three major countries in the European Union: the Netherlands, Britain and Ireland, according to a just-published report from Bank of Americas Global Wealth & Investment Management division. Cut the ties that bind Britain to the EU, warns Joseph Quinlan, head of market and thematic strategy at the bank in the report, and you jeopardize the British profits. It probably wouldnt help the stability of the EU operations, either.

So yes, it matters eventually. That doesnt mean you should be trading on every tidbit of news, however significant, the way that panicky Brits did earlier this week, however. Uncertainty fuels fear and anxiety, of course, but reacting to it will leave you with whiplash, outsize trading costs and (in all probability) big losses due to an inability to respond rapidly and with consistent accuracy to the wildly varying swings in opinion.

Its human nature to want to do something, but you have to fight that urge, says Wells Fargos Samana. You need to try to have a long-term plan, be unemotional about it and stick to it.

Right now, the plan might well be to take a look at what kind of allocation you have to non-US stocks. If that is zero, well, maybe its time to reconsider it. Admittedly, the US dollar has been on a tear for eight years, making it tough for other markets to outperform, but the S&P 500 index isnt the only game in town and you should have at least a modest allocation to other regions, if only to diversify your holdings. At some point, inevitably, the balance will shift and youll want to be in a position to benefit from that. Alternatively, if youve allowed your exposure to the emerging markets or European stocks to creep higher in recent years, you may want to look for opportunities to rebalance, and get back to your original asset allocation targets.

Just promise me one thing. Even if Donald Trump is elected and tries to follow through on his pledge to build a physical wall around our borders, dont try to wall off your investment portfolio, or your investment mindset, from the rest of the world. The cost-benefit analysis doesnt compute.