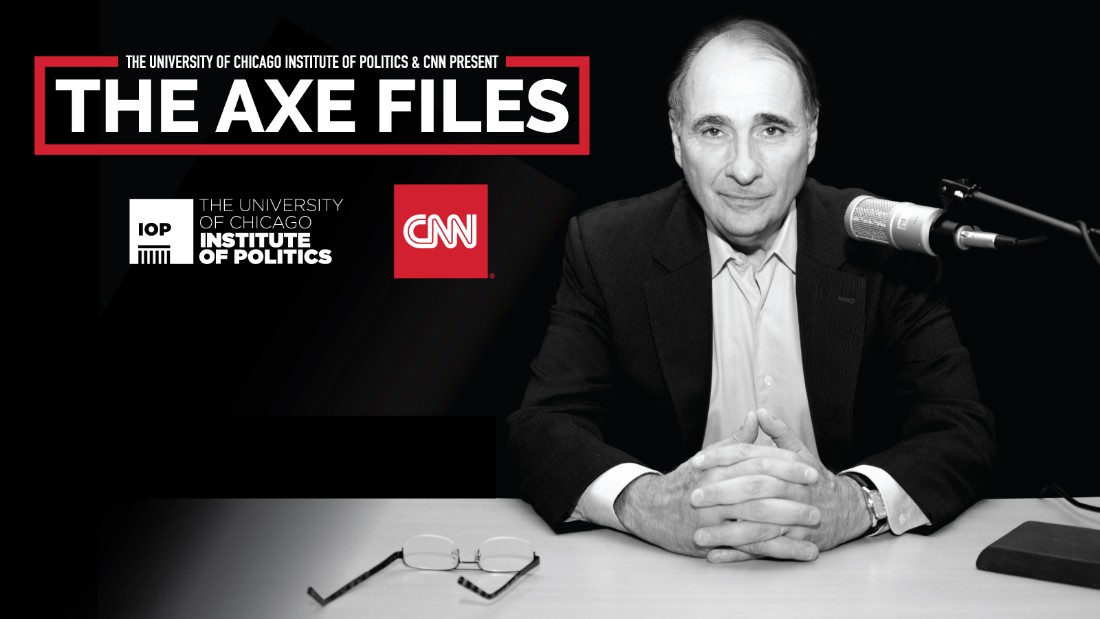 Chicago (CNN)Outgoing CIA Director John Brennan says President-elect Donald Trump’s failure to appreciate the value and importance of the intelligence community could put the nation “at great risk and peril.”

“The new administration — and any president — needs to recognize that this is a challenging and dangerous world, and that the intelligence community and intelligence professionals can help to keep this country safe and protect our national security interests,” Brennan told David Axelrod on “The Axe Files,” a podcast from the University of Chicago Institute of Politics and CNN.
“And any president or administration that does not recognize that is one that is putting this country’s national security at great risk and peril,” he added.
Brennan was among the intelligence community leaders who met with Trump on Friday to present their report on Russia’s role in the hacking of the Democratic National Committee during the 2016 campaign.
The hacking report, and its conclusion that Russian President Vladimir Putin had conspired to help Trump, has been at the core of the President-elect’s rift with the intelligence community. Brennan was resolute.
“We have great confidence in our understanding, our knowledge, in our assessment of what took place,” he told Axelrod on the eve of the meeting with Trump.
Brennan praised Trump’s selection of former Sen. Dan Coats of Indiana as the new Director of National Intelligence, and said he had hope that Trump, once in office, would gain a deeper appreciation for the work of the intelligence community.
Recalling their exchanges when Coats was a member of the Senate Intelligence Committee, Brennan remembered the former senator as “somebody who has taken his responsibility there very seriously” and who “appreciates and applauds the work that we (the intelligence agencies) have done.”
“I have enjoyed my association with him,” Brennan said. “I think he is somebody who would serve that position well.”
During the hour-long conversation with Axelrod, Brennan also offered candid assessments about the ongoing turmoil in the Middle East and fateful decisions US administrations have made over the past two decades that may have contributed to the current strife.
Brennan singled out the 2003 invasion of Iraq as “the reason why there was the tremendous slide into violence and bloodshed in that part of the world.” He also argued “history would have been different” if the United States had kept some troops in Iraq instead of fully withdrawing from the country in 2011.
While Brennan said he does not believe the decision to leave Iraq was the root cause for the sectarian violence that has subsequently plagued the country, he does see it as “a contributing factor” to the instability that helped ISIS flourish there.
“I don’t believe it was the reason for it. I think it was a contributing factor to the subsequent events that took place. Because we were not there, and we weren’t able to do the training, we weren’t able to do the advising and the assisting,” he said.
“If we knew then what we know now in terms of what ISIL was able to do, in terms of just this explosive growth in Iraq that then was able to lop over into Syria, would we have pursued the same course? Probably not,” Brennan said later.
The counterargument, Brennan said, is a US presence could have led to the deaths of hundreds of US military personnel and been exploited by ISIS as a rallying cry.
“It’s so hard to determine, but history would have been different,” Brennan stated. “Without a doubt, it would have been different.”
Similarly, more aggressive intervention in the Syrian civil war that has left nearly 500,000 dead and caused millions to flee might have made a difference, he said.
“If additional support was provided by various international actors to the… Free Syrian Army, early on, might that have made a difference? Maybe,” Brennan considered. “Because at that time, the Syrian regime was reeling and was more vulnerable.”
He cautioned, however, that providing military support earlier to the Syrian opposition — as critics of the Obama administration’s policy suggest should have been done — would have presented its own challenges. Noting that the opposition is a “very eclectic” mix of secular and extremist elements, Brennan said, “Supporting the opposition blindly and throwing weapons over the transom into Syria could have led to a worse outcome than today.”
Brennan, who spent years stationed in the Middle East, offered a sober assessment about the prospect of Western-style democracies taking root in that arid terrain.
“I think there were very, very unrealistic expectations in Washington, including in some parts of the administration, that the Arab Spring was going to push out these authoritarian regimes and democracy is going to flourish because that’s what people want,” he said.
It turns out that what they actually want, he countered, was freedom “for themselves, or their group, or their tribe. But the concept of democracy is something that really is not engrained in a lot of the people and the cultures and the countries out there.”
To hear the whole conversation with Brennan, click on http://podcast.cnn.com. To get “The Axe Files” podcast every week, subscribe at http://itunes.com/theaxefiles.