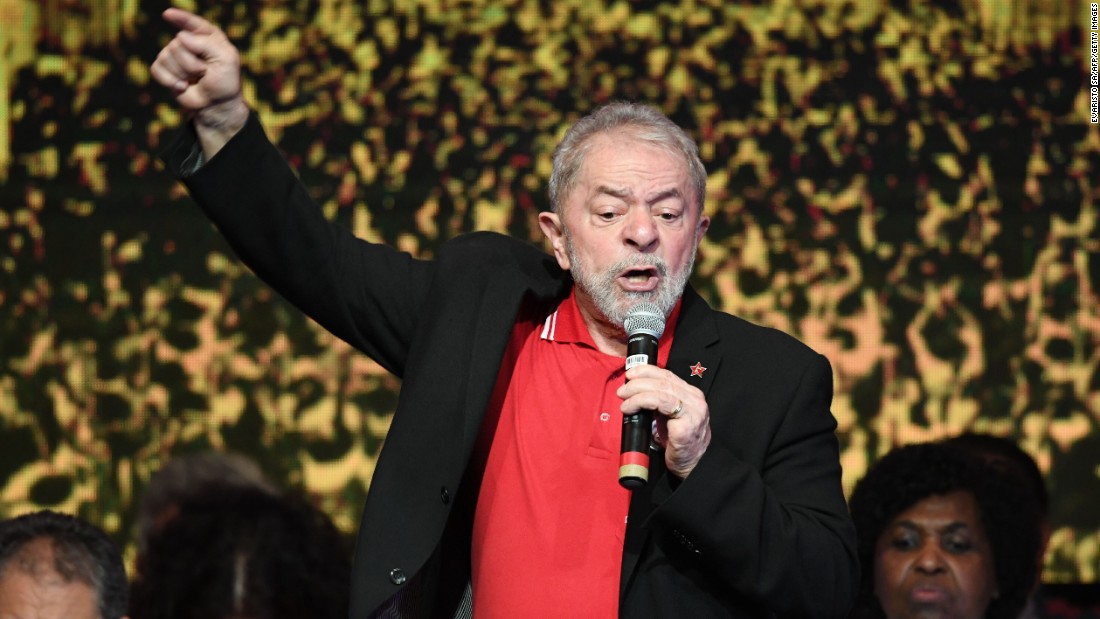 Lula da Silva, who governed Brazil from 2003 to 2011, had been considered a frontrunner in the October election. The 72-year-old could now be ineligible to stand for election under Brazilian laws that ban politicians whose convictions have been upheld by an appellate court.
Lula da Silva can appeal Wednesday’s decision to higher courts, and an electoral court must make the final ruling on a candidacy, according to state news agency Agencia Brasil.
Lula da Silva’s Workers Party called the ruling a “farce” orchestrated by his enemies to stop him from returning to power. The party said it would resist the decision and push ahead with its plan to launch Lula da Silva as a presidential candidate.
Lawyers for Lula da Silva released a statement calling the court decision “a sad day for those who defend democracy and the rule of law. We will continue to fight this political conviction.”
Meanwhile, opponents of Lula da Silva celebrated on Sao Paulo’s main avenue with a giant blown-up figure of the ex-president dressed as a prison convict, CNN affiliate TV Record reported. 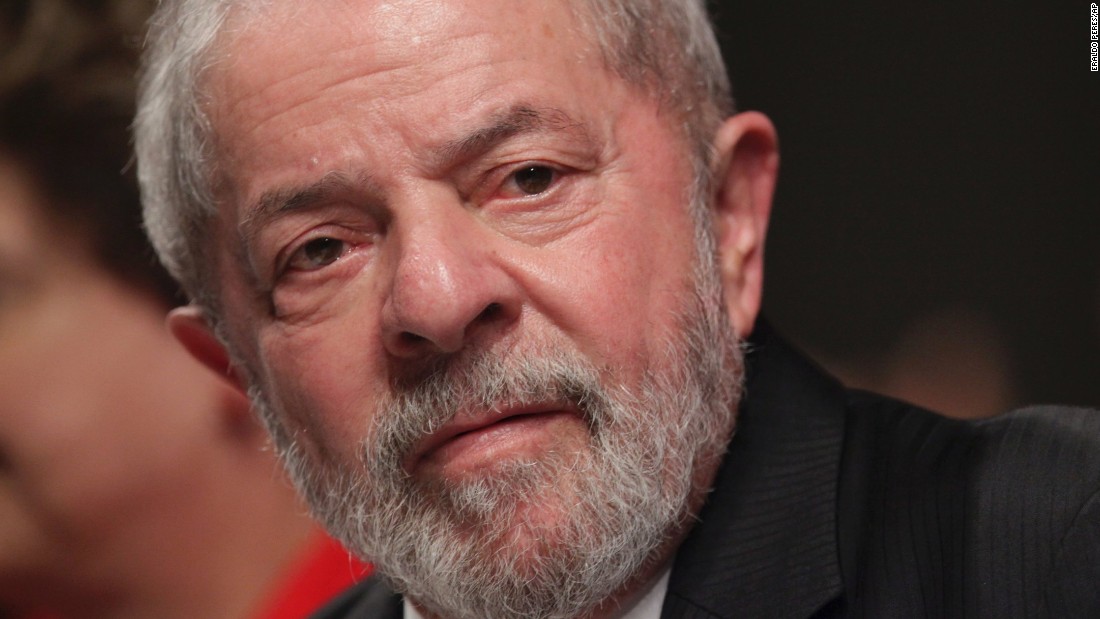 Lula da Silva was found guilty of corruption and money laundering charges last July and sentenced to nine-and-a-half years in jail.
His conviction stemmed from a wide-ranging corruption investigation into the state-run oil company Petrobras, dubbed “Operation Car Wash.” The accusations against Lula da Silva emerged after he left office in 2011.
Lula da Silva was accused of benefitting from the renovation of a triplex in a beach town near Sao Paulo by the construction company OAS. The charges were connected to 3.7 million reais’ ($1.1 million) worth of bribes received from OAS through the beachfront apartment. In return, Lula da Silva helped the builder acquire contracts from the oil company, prosecutors charged.