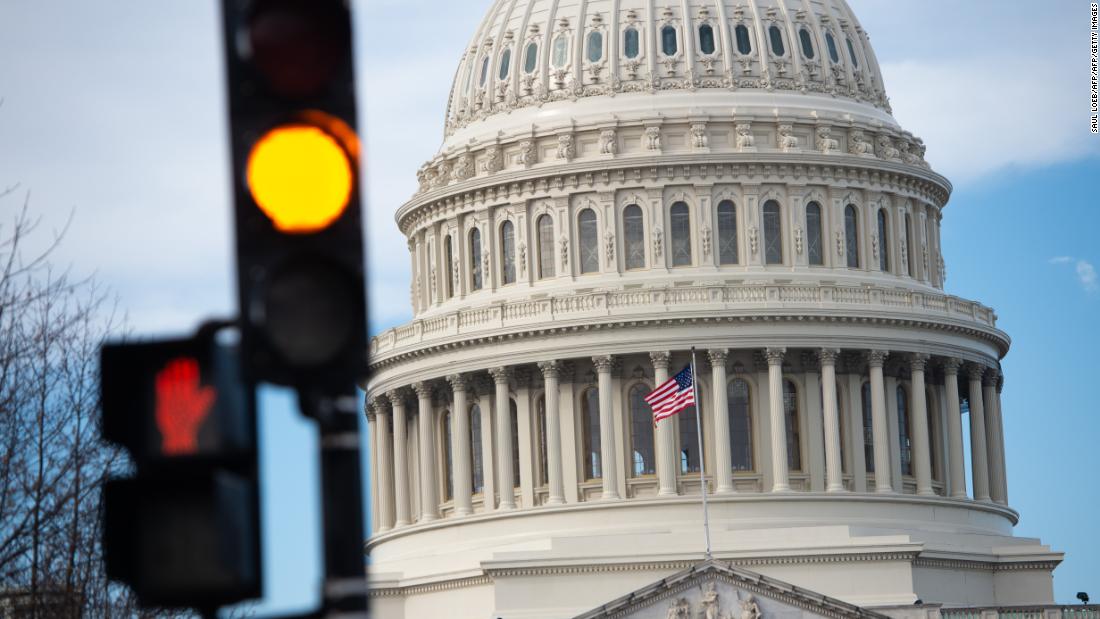 (CNN)Border security negotiations, for days considered on the path to a weekend agreement, have not progressed, and members on both sides have started to discuss whether backstop alternatives to prevent another government shutdown are necessary, three sources involved told CNN.

The outstanding issues — the level of funding for border barriers as well as funding increases for detention facilities and personnel — were not new and have long been the sticking points in the talks. But negotiators on both sides told reporters late last week that they believed they were on the path to resolving the issues.
Alabama GOP Sen. Richard Shelby, one of the key figures in the talks, was pessimistic on Sunday morning, telling Fox News that the talks were “stalled.”
“We’re hoping we can get there,” Shelby said, adding he was “not confident” a deal could be reached by Monday.
President Donald Trump signed a short-term spending bill last month to end the longest federal government shutdown on record, putting into place a three-week stopgap bill that would fund the closed aspects of the government through February 15 without funding his border wall with Mexico.
He said at the time that bipartisan congressional negotiators would discuss border security and reserved the possibility he would declare a national emergency to build the border wall. Congressional negotiators have met to discuss border security since Trump signed the stopgap measure, and as the coming deadline neared, key figures appeared optimistic that a deal could be reached, as CNN previously reported.
That optimism waned through the weekend, and Democratic conferees were expected to meet Sunday morning to discuss next steps as the border negotiations floundered. Two sources involved said if the bipartisan talks continued at an impasse, House Democrats were considering moving a package that would include a continuing resolution for the Department of Homeland Security through September along with six other outstanding funding measures at full year levels.

A Democratic aide briefed on talks said the discussions “broke down” on Saturday after the Senate GOP rejected their position on limits for Immigration and Customs Enforcement detention beds in the interior of the country. The source said there was progress on border barriers and detention beds, but that Democrats “cannot agree to physical barrier spending above the level we want without GOP concessions on ICE.”
Another aide told CNN they would be “very surprised” if anything came together Sunday.
Two senior Republican aides told CNN Sunday morning that negotiations fell apart because the Democratic ask on internal enforcement caps was a non-starter.
The cap Democrats wanted was far too low for them and Republicans argue would force ICE officials to make impossible decisions about which immigrants, including those who might have prior felony records, to detain.
The aides said the White House was read in on how and why the talks have stalled.
“They are aware of what happened and why it happened,” one aide said. “Any kind of artificial cap on internal enforcement as it relates to criminals is a non-starter.”
Asked if they were close to finding a compromise on the amount of money for barriers at the southern border, one aide said they were “trading offers,” but no final agreement had been made.
Trump seized on the stall in a pair of tweets on Sunday, saying Democrats were “offering very little money” for the wall and claiming Democrats actually wanted a shutdown for political purposes.
“It was a very bad week for the Democrats, with the GREAT economic numbers, The Virginia disaster and the State of the Union address. Now, with the terrible offers being made by them to the Border Committee, I actually believe they want a Shutdown. They want a new subject!” he tweeted.
Later Sunday, a House Democratic aide provided CNN with a statement regarding the position the Senate GOP had rejected. The statement said the Trump administration was “pursuing an out-of-control deportation policy,” and said it was false to claim that the “proposal would allow violent criminals to be released.”
“To enhance national security and encourage more efficient immigration enforcement, Democrats have proposed a cap on the number of ICE detention beds associated with interior enforcement,” the statement said. “This cap will force the Trump administration to prioritize arresting and deporting serious criminals, not law-abiding immigrants.”

Differences set in with days remaining before deadline

In addition to Shelby, the Senate Appropriations Committee chairman, other lawmakers and key officials took to the airwaves over the weekend where they underscored the differences that remained.
Wyoming Rep. Liz Cheney, a member of GOP leadership, said on CNN’s “State of the Union” Sunday that she hoped there would not be another government shutdown and insisted an agreement include funding for a barrier at the border.
“I’m hopeful that this committee will be able to come up with a proposal that we can all support, that the President can sign,” Cheney said. “But it’s going to have to include funding that will allow us to secure the border, and it will have to include funding for some sort of a barrier.”
House Democratic Majority Leader Steny Hoyer told CNN’s Ana Cabrera on Saturday that he expected a balanced agreement and would be willing to support a deal that included $2 billion in money for a border barrier.
Speaking Sunday on NBC’s “Meet the Press,” White House acting chief of staff Mick Mulvaney said he “honestly” did not know whether a deal was close and would not rule out a government shutdown by the end of the week.
“You asked me a question: is the shutdown entirely off the table? I would say no,” Mulvaney said.