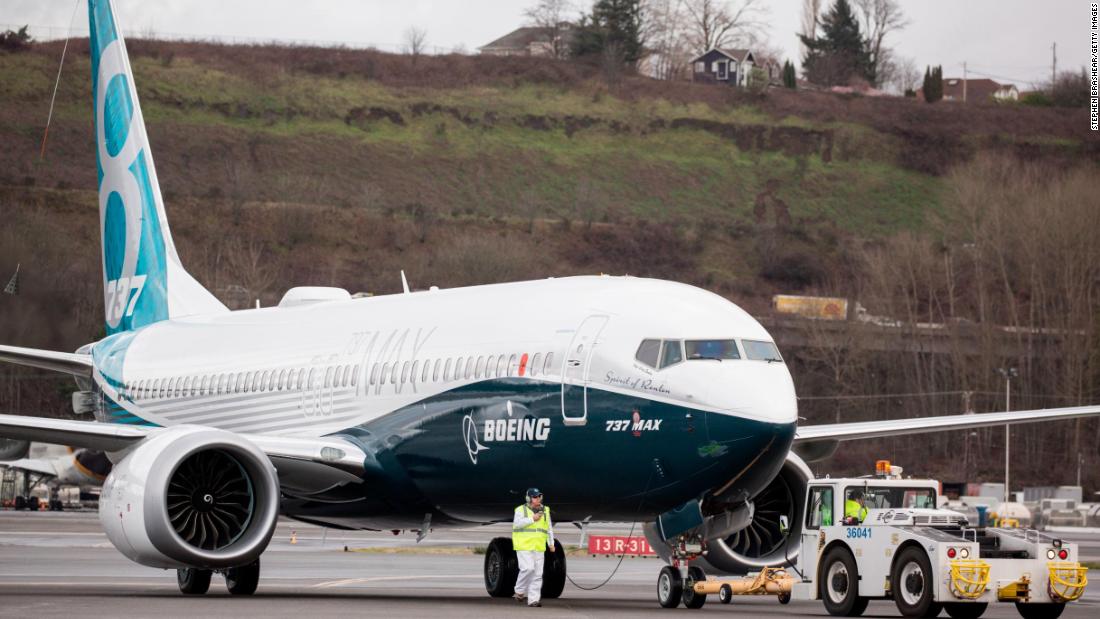 New York (CNN Business)China, Indonesia, Singapore and several airlines around the world have grounded the 737 MAX 8 after a second crash involving the best-selling Boeing aircraft in less than five months.

Some individual airlines are also taking their own action to keep the planes on the ground in other countries.
All 157 people on board a 737 MAX 8 operated by Ethiopian Airlines were killed when the plane crashed shortly after takeoff on Sunday. In late October, a 737 MAX 8 flown by Lion Air went down off the coast of Indonesia. 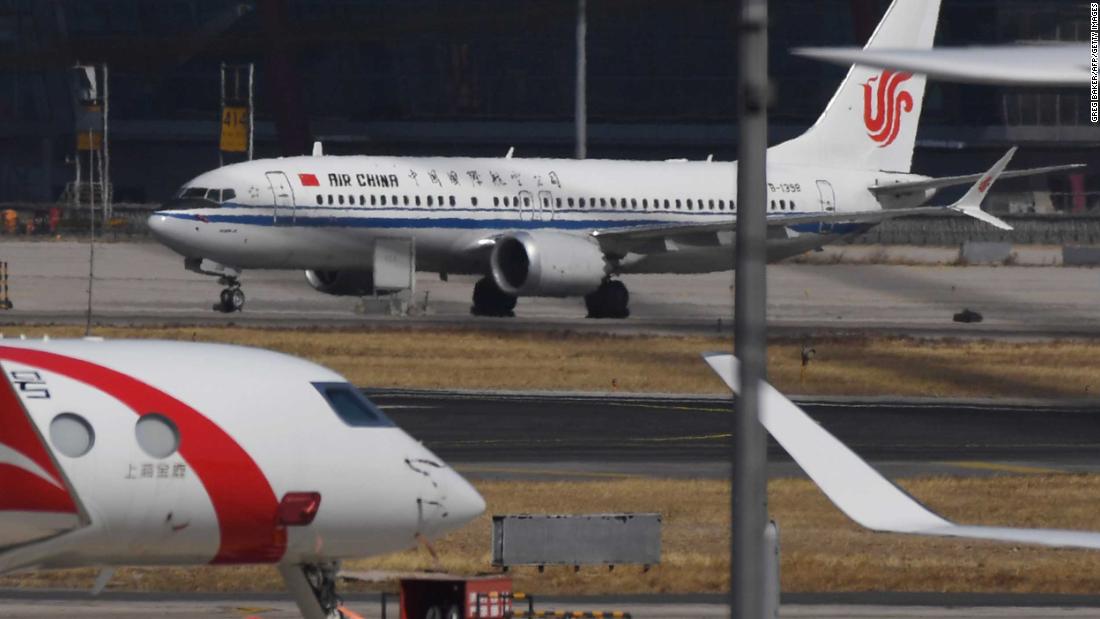 Both the Ethiopian Airlines and Lion Air planes were brand-new aircraft. And both crashed minutes into flight.
The situation threatens to tarnish Boeing’s reputation for safety, and raise doubts about one of the company’s most popular jets. Shares in Boeing (BA) plunged as much as 13.5% in early trade in New York on Monday before recovering some of their losses to close down 5%.
“A suspension in China is very significant, as this is a major market for Boeing,” said Greg Waldron, Asia managing editor at aviation research firm FlightGlobal.
Chinese airlines have 97 of the 737 MAX aircraft in service, more than a quarter of the total in operation worldwide, according to FlightGlobal.
Boeing is already taking steps to minimize the damage to its image. It has postponed the debut of its new 777X jetliner, which was scheduled for this week, as it deals with the fallout from Sunday’s disaster.

European Union regulators have said they are closely monitoring the situation, but they have not yet taken steps to inspect or ground 737 MAX fleets. And the US Federal Aviation Administration said Monday that it has deemed 737 MAX planes airworthy, which means it will allow US airlines to continue flying them. 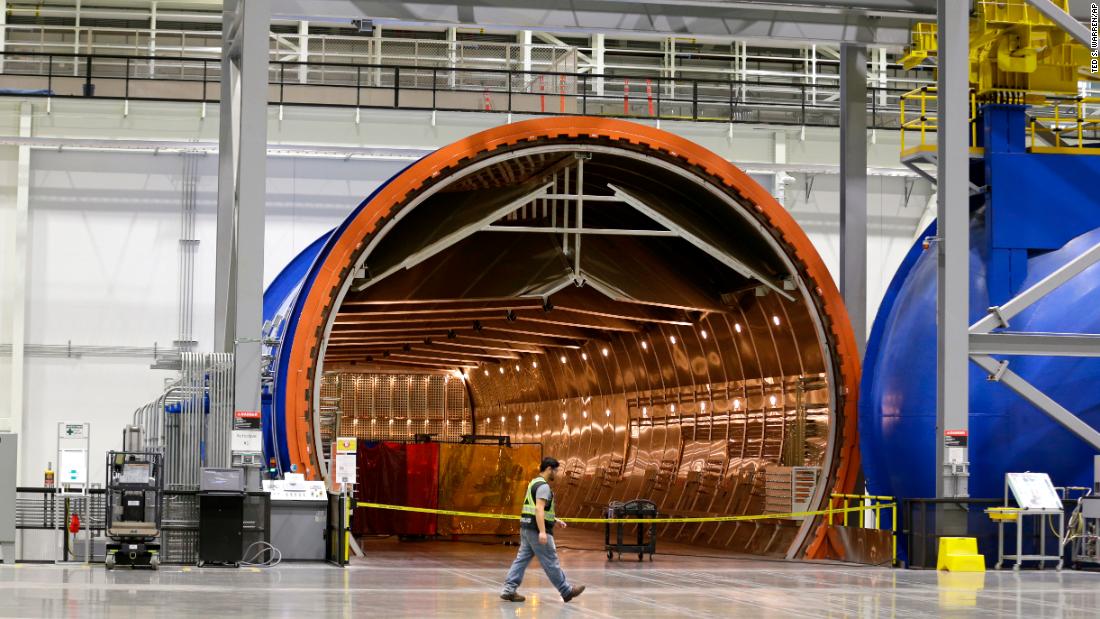 But Mary Schiavo, a CNN aviation analyst and former inspector general for the US Transportation Department, said it would be a good idea for Boeing or the airlines to ground the planes ahead of any government mandate.
“There are huge questions about this plane. There are already just the website are just exploding telling passengers how to check to see if their plane is one of the these planes and how to get off of them,” she said on CNN’s New Day. “So by getting on top of it, they’re way ahead.”
Some airlines took action on their own, however, creating a patchwork of responses that could sow confusion among consumers over the safety of the Boeing planes.
Ethiopian Airlines announced it was grounding its fleet of 737 MAX planes as an “extra safety precaution.” Other carriers who followed suit include AeroMexico, Aerolíneas Argentinas, South Africa’s Comair and Cayman Airways, the main carrier of the Cayman Islands.
At the same time, major airlines including American Airlines (AAL), Southwest Airlines (LUV), FlyDubai and Norwegian Air said they would continue to operate their 737 MAX aircraft.

The single-aisle Boeing 737 has been a workhorse on short- and medium-haul flights for decades. The 737 MAX is the latest version — and the company’s bestselling aircraft by far. Airlines have ordered thousands of them.
The two-year-old 737 MAX 8 model in particular is hugely popular. The MAX 9 only recently went on sale and Boeing has not yet delivered the MAX 10. 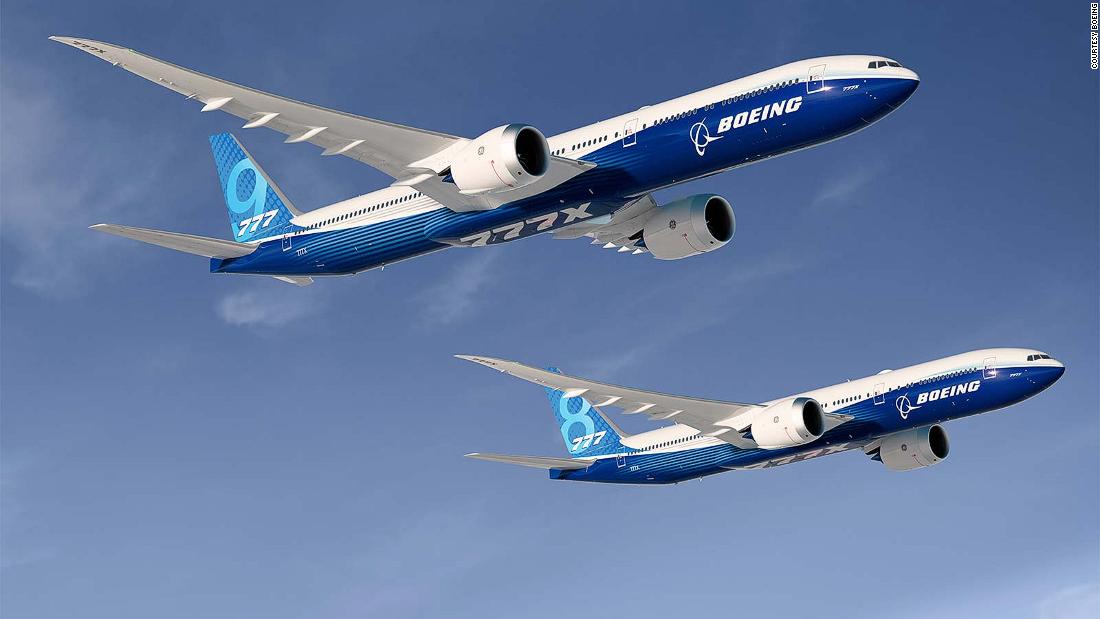 Last year, 72% of Boeing’s deliveries were 737 planes. Boeing plans to make 59 new 737s each month this year — more than four times the number of 787s, Boeing’s next-best seller.
Southwest Airlines (LUV) has the largest fleet of 737 MAX airplanes, followed by RyanAir (RYAAY) and FlyDubai, according to Boeing. American Airlines (AAL) and United (UAL) also fly the MAX. Delta (DAL) does not fly any 737 MAX variants.
Despite the negative headlines, Richard Aboulafia, an aviation analyst at Teal Group, predicted that the fallout from the Ethiopia crash is unlikely to hurt Boeing’s bottom line too much.
“Relative to the company’s revenue base, this would not be overly burdensome by any means,” he said.
Boeing delivered a record 806 commercial jets in 2018, and posted sales of more than $100 billion for the first time in its 102-year history. Before the Ethiopia crash, its stock had gained 31% this year.
The company said in a statement Sunday that it “is deeply saddened to learn of the passing of the passengers and crew on Ethiopian Airlines flight 302.” On Monday, Boeing said it has no “basis to issue new guidance to operators.”

The circumstances of the Ethiopian Airlines and Lion Air crashes are under investigation, and Boeing has presented no evidence to suggest the two disasters are linked. The similarities may be a coincidence.
“A formal investigation will need to be conducted into this new crash. It’s important not to speculate as to its causes. A final, conclusive report has yet to be issued in the case of the Lion [Air] crash,” said Waldron. 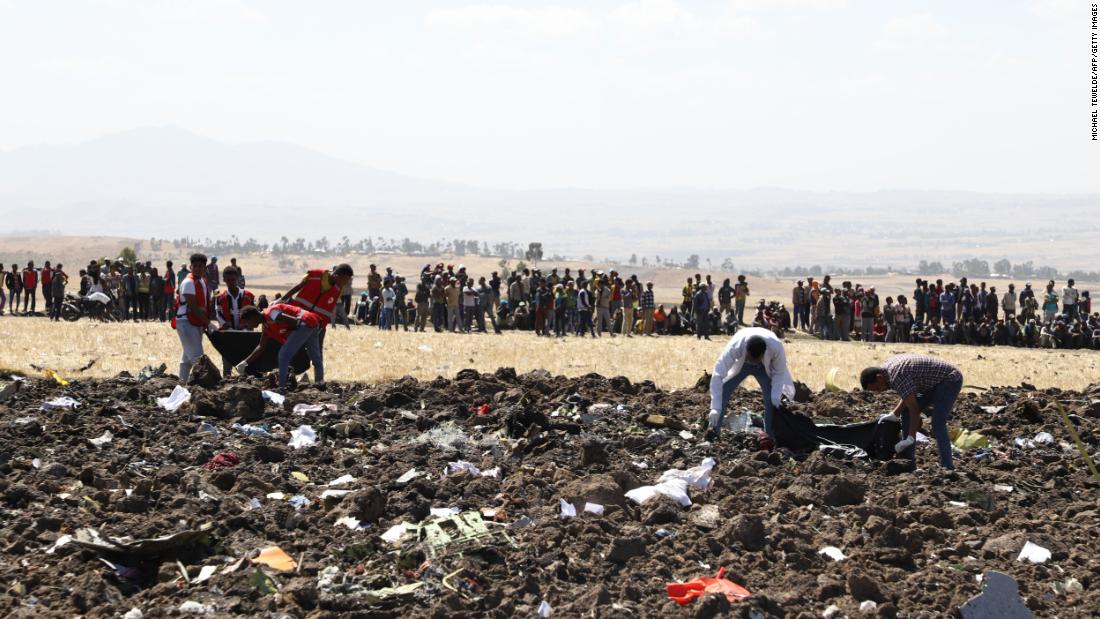 “That said, having two crashes of a brand new type in a short time is an unprecedented state of events,” he added. “It is inevitable that this will affect perceptions about the 737 MAX family.”
The Lion Air crash is believed to have been caused by faulty data that suggested the nose was tilted higher than it was. But the new safety system installed in the 737 MAX 8 plane automatically pulls the plane’s nose down.
Aboulafia said that if the same issues caused both crashes, Boeing might need to quickly implement a package of modifications to its planes and change the way 737 MAX 8 crews are trained.
A Boeing technical team will travel to the crash site to provide assistance to the Ethiopia Accident Investigation Bureau and US National Transportation Safety Board.
— CNN Business’ Daniel Shane contributed to this report.
Correction: An earlier version of this story incorrectly identified which version of the 737 MAX United flies