Holly Figueroa OReilly has joined others in a lawsuit that accuses the president of violating her first amendment rights. Will she succeed? 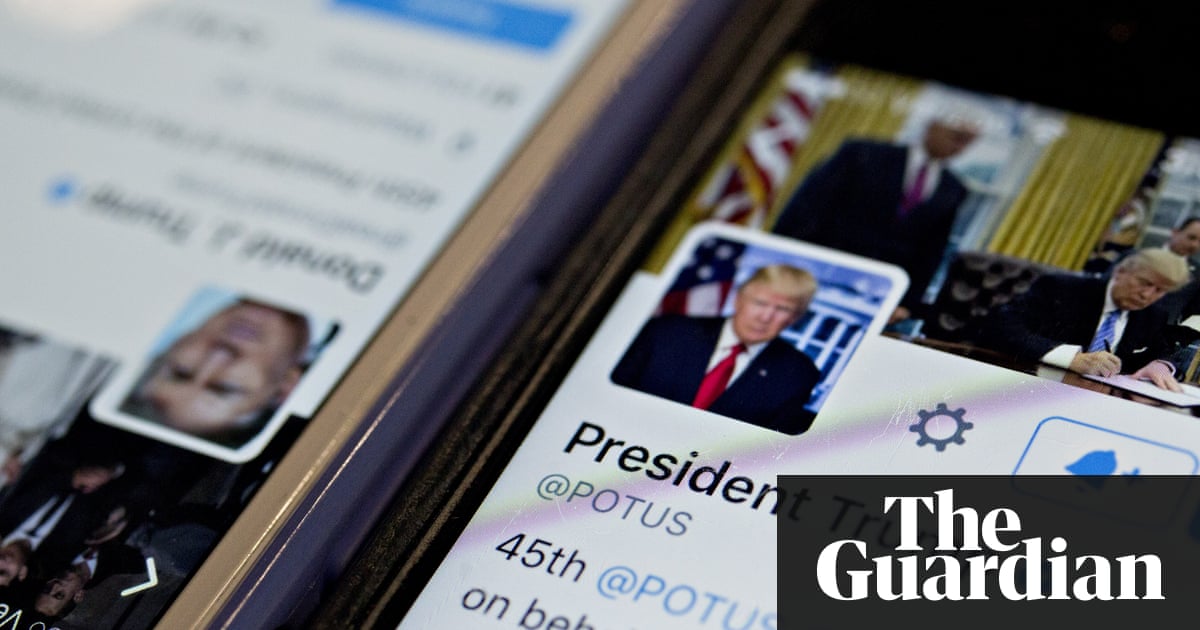 After the 2016 election, Figueroa O’Reilly, who describes herself as a political moderate and the president as an “idiot”, became a persistent critic of Trump on Twitter, which allows users to target one another with messages.

But Figueroa O’Reilly, 47, a songwriter and a mother of five from Seattle, apparently crossed an invisible line last spring when she replied to a Trump tweet about the British prime minister with a short video that showed a smile dropping off Pope Francis’s face in a meeting with the US president.

“This is pretty much how the whole world sees you,” Figueroa O’Reilly wrote to Trump.

And with that, the presidential axe fell. Figueroa O’Reilly found herself blocked. Her president had adopted the signature move of infuriated online warriors everywhere by banishing her from his feed.

“The first thing that I did was just laugh, because I thought: this has got to be a mistake,” Figueroa O’Reilly told the Guardian. “Why is the most powerful man in the world blocking me on Twitter?”

But Figueroa O’Reilly began to think differently about the episode when she realized she wasn’t alone. In fact, the president has blocked hundreds of US citizens on Twitter, meaning they cannot see or reply to messages from the commander-in-chief, or be seen in those interactions by other users.

“That’s when it started to sink in, when I realized that it had real-world implications far beyond myself,” Figueroa O’Reilly said. “It’s not that I’m not being heard. I don’t care. I think that having people who don’t agree with him have a voice – that’s what’s important.”

Figueroa O’Reilly is now a co-plaintiff in a high-profile free-speech lawsuit that accuses the president of violating her first amendment rights by silencing her in an online forum maintained by him and select aides. Oral arguments in the case, brought in US district court by the Knight First Amendment Institute at Columbia University, are scheduled for Thursday in New York.

The case is being watched closely not only for its curiosity value, but also as a test of how courts will apply the first amendment in the context of public officials’ use of social media accounts, at a time when the role of social networks in politics has generated intense controversy.

Can elected officials block their constituents? Or are social media accounts essential avenues for citizens to petition leaders? Is it the constitutional right of all Americans to start an online flame war with the politician of their choice, as the founders surely intended?

In court filings, the two sides have waded in on the legal question of whether Trump’s Twitter account is a “public forum”, like a sidewalk or park, where speech is clearly protected against any discrimination based on viewpoint. Other questions include whether Trump’s tweets from his @realdonaldtrump account are state actions, and whether replying to Trump on Twitter qualifies as a petition for the redress of grievances as explicitly guaranteed by the first amendment.

The plaintiffs argue that Trump’s tweets count as state actions because the president uses @realdonaldtrump to announce policy, sometimes exclusively; because the rest of the government (not to mention the stock market) understands the tweets as policy pronouncements; and because the former press secretary Sean Spicer said of the tweets: “They’re considered official statements by the president of the United States.”

Trump used Twitter to announce that he intended to nominate Christopher Wray as FBI director, the plaintiffs point out, and to announce a ban on transgender soldiers in the military, which the Pentagon first learned about on Twitter.

But the justice department, which is defending Trump in the case, argues that the president’s preferred Twitter account, @realdonaldtrump, is in fact a personal account reserved for his speech, and that other accounts such as @potus and @whitehouse are used for official business.

“Even prominent public officials engage in personal conduct, whether in public or private, that involves no exercise of state power,” the justice department argues in court documents, pointing out that Trump started @realdonaldtrump years before he was president.

“But he’s president,” responded Figueroa O’Reilly. “And so it’s not his personal account any more.”

The internal mechanics of Twitter play a prominent role in the case, as do Trump staffers such as his social media director, Dan Scavino, who has access to the @realdonaldtrump account and has blocked people from it, and who is named as a co-defendant along with the White House press secretary, Sarah Huckabee Sanders, and former communications director Hope Hicks.

The president blocking someone on Twitter also means that another user reading conversation on the site linked to one of Trump’s tweets is deprived of the blocked user’s speech.

“It creates this danger that if you can block or exclude critics from your Twitter account and you’re a public official, you can create a kind of echo chamber,” Katie Fallow, who will argue the case for the Knight Institute, told an interviewer.

Figueroa O’Reilly said she did not hesitate to sign on as a plaintiff when she was approached about the case.

“If it had just been me, and they contacted me, I would have just said no – I don’t want to sue this president,” she said.

“But he did it to so many people. That’s a problem.”