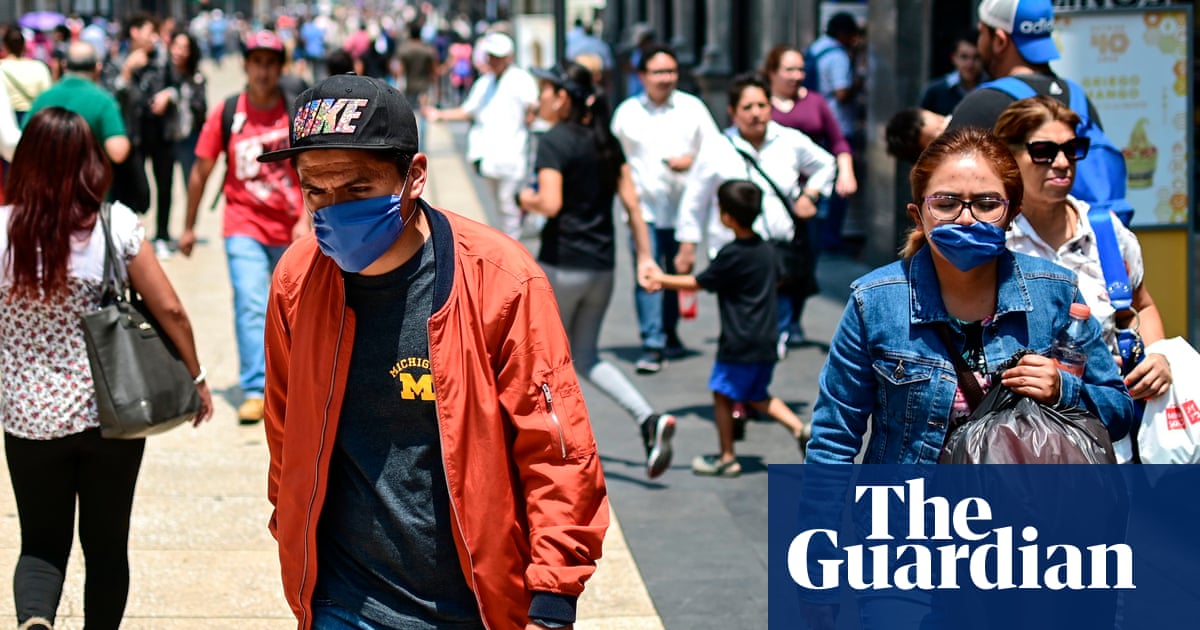 Even in the study’s youngest subject, who was three, damage could be seen in the cells of the organ’s critical pumping muscles that contained the tiny particles. The study suggests these iron-rich particles, produced by vehicles and industry, could be the underlying cause of the long-established statistical link between dirty air and heart disease.

The scientists said the abundance of the nanoparticles might represent a serious public health concern and that particle air pollution must be reduced urgently. More than 90% of the world’s population lives with toxic air, according to the World Health Organization, which has declared the issue a global “public health emergency”.

The scientists acknowledged some uncertainties in their research, but Prof Barbara Maher, of Lancaster University, said: “This is a preliminary study in a way, but the findings and implications were too important not to get the information out there.”

Maher and colleagues found in 2016 that the same nanoparticles were present in human brains and were associated with Alzheimers-like damage, another disease linked to air pollution.

While all ages were affected, Maher said she was particularly concerned about children.

“For really young people, the evidence is now of very early-stage damage both in the heart and the brain,” she said. “We have a likely candidate [particle] able to access both organs, with the pathological evidence to show damage is happening.”

A recent comprehensive review concluded that air pollution may be damaging every organ and virtually every cell in the human body, as tiny particles are inhaled, move into the blood stream and are transported around the body. Much of the evidence of harm, from diabetes to reduced intelligence to increased miscarriages, is epidemiological, as harmful experiments on people are unethical. But one study in 2018 found air pollution particles in the placentas of women who had given birth.

The new research is the first direct evidence that iron-rich nanoparticles may cause heart disease. Tiny particles were already known from laboratory tests to be seriously damaging to human cells and to be a significant component of roadside air pollution.

Maher said: “Putting an abundance of iron-rich nanoparticles right into the sub-cellular components of the heart’s muscle tissue, that’s not where you want them to be sitting. They are inside the mitochondria, which are damaged and appear abnormal. Mitochondria are your energy source, making sure your heart pumps effectively.”

Mark Miller, an expert on the cardiovascular effects of air pollution, from the University of Edinburgh but not part of the research, said: “While there are some uncertainties from the study, it highlights how important it is to better understand the way particles in air pollution may cause harm to different areas of the body.

“More effort is needed to reduce particle emissions from vehicles, especially to remove the number of vehicles on the road by encouraging people to walk and cycle for short journeys.”

The research, peer reviewed and published in the journal Environmental Research, analysed heart tissue taken from 63 young people who had died in road traffic accidents but had not suffered chest trauma. They lived in Mexico City, which has high air pollution, and had an average age of 25.

The research was conducted in two main parts: calculating the number of iron-rich nanoparticles present; and looking at their location within the tissue and the associated damage. The number of particles found was between 2bn and 22bn per gram of dried tissue; and their presence was two to 10 times higher in the Mexico City residents than in nine control subjects who had lived in less polluted places.

The medical scientists in the team reported that “exposure to [nanoparticles] appears to be directly associated with early and significant cardiac damage”.

Maher said the results were relevant for all countries: “There is absolutely no reason to expect this would be different in any other city.” Based on previous work, she said, the particles were also likely to carry additional contaminants. “We can imagine these nanoparticles come loaded with a toxic mix.”

Iron-rich nanoparticles begin as molten droplets produced by the combustion of fuel and then cool rapidly into spheres with fused surfaces. The particles in the heart tissue had these characteristics, rather than small iron-rich magnetite crystals that are known to occur naturally in at least one organ, the brain.

They said they would like to confirm the particles’ composition in situ within the cells, but that would require the use of expensive equipment and Maher said they had received no funding for the work. “We are having to do this on a shoestring. It is madness.”