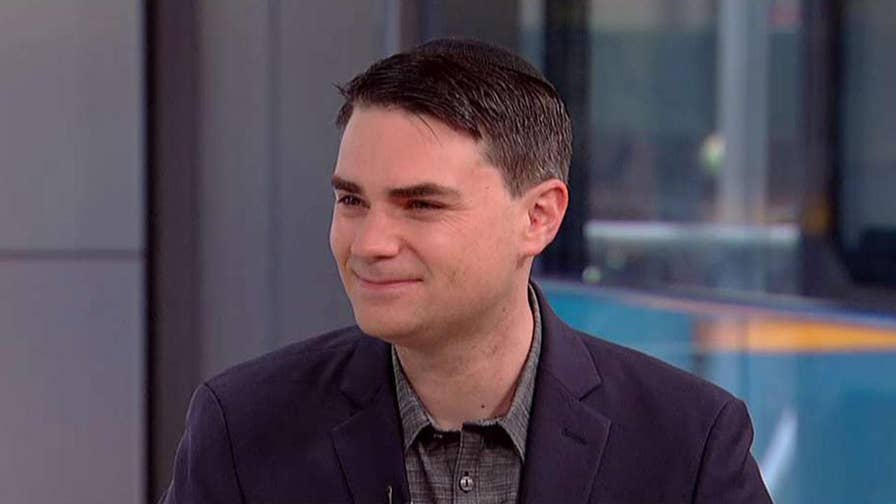 Ben Shapiro: Democrats do not have an agenda for 2018

Columnist says the momentum is not on Democrats’ side heading into the midterms. Also, Shapiro reacts to liberal media tweeting a 2014 story and blaming Trump.

When liberal Maher questioned President Donald Trump’s level of civility, citing remarks about locking up Hillary Clinton, James Comey and journalists, conservative Shapiro countered that liberals seemed to care about civil behavior only “when it comes to Donald Trump.”

Maher, who didn’t disagree, said: “I’m talking about the level of which it’s at.”

This month has seen a Virginia restaurant refuse to serve White House press secretary Sarah Sanders, citing morality and living up to “certain standards” as reasons why.

But when Maher said Waters’ conduct was like “a mouse” compared to Trump’s being “an elephant,” Shapiro reminded the comedian that “it’s two elephants.”

“I needed 600 officers to protect me at Berkeley,” he said, referring to his speaking engagement last year at the liberal University of California campus, where protesters amassed against his appearance.