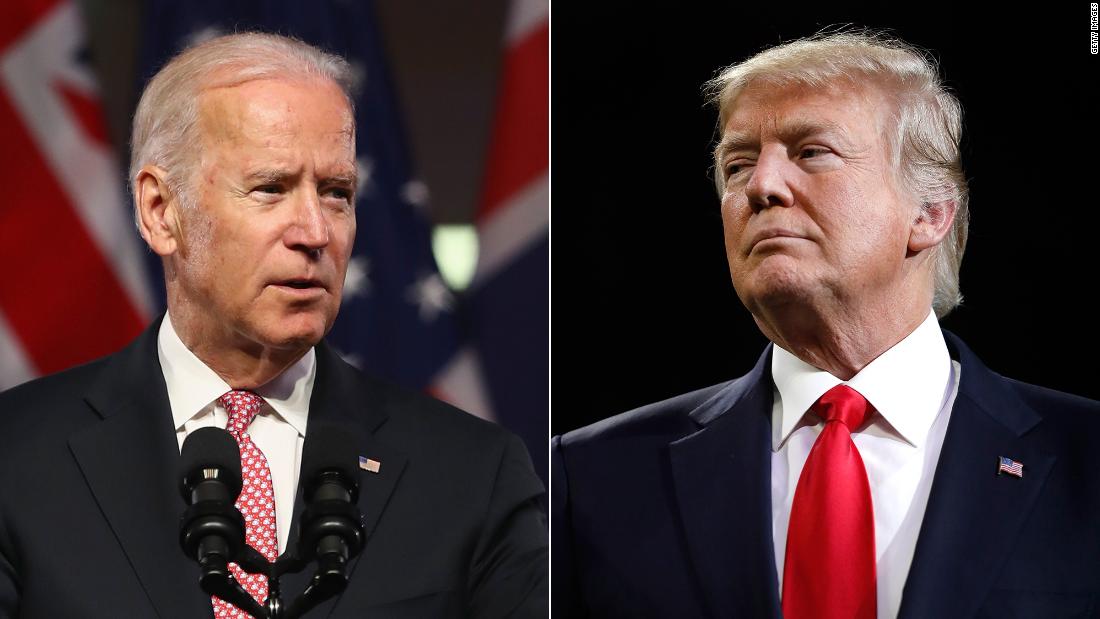 Washington (CNN)Former Vice President Joe Biden said Tuesday that if he were one of President Donald Trump’s attorneys, he would suggest Trump not consent to a special counsel interview for fear of being caught misleading investigators.

Biden said he marvels at some of the comments Trump makes and referenced a line from Trump on Monday that Democrats who did not applaud his State of the Union address were “un-American” and “treasonous.”
The White House has since called the remark tongue-in-cheek, with press secretary Sarah Sanders saying on Tuesday that Trump was “clearly joking.”
“Well let me tell you, he’s a joke,” Biden said in response.
Asked to clarify if he was calling the President a joke, Biden said, “Yeah, in this kind of stuff.”
“I think he understands and I think the people around him understand, what presidents say matter,” Biden said. “Our children are listening, and the world is listening.”
CNN reported last month that special counsel Robert Mueller provided Trump’s attorneys with a range of topics for an interview, and that Trump’s attorneys are arguing Mueller has not met the threshold for an interview. Trump has said publicly he would be willing to sit for an interview under oath, although The New York Times reported Monday that Trump’s attorneys are advising Trump against an interview because of concerns he might be charged with lying to investigators.

Trump vs. the FBI

Biden took issue with the recent decision by Trump and House Republicans to release a controversial memo alleging FBI abuses of the Foreign Intelligence Surveillance Act to monitor former Trump campaign foreign policy adviser Carter Page.
“It seems irresponsible,” Biden said.
He linked the push to a broader Trump effort to impugn the conduct of the FBI during the 2016 election and the special counsel investigation that Trump has called a “witch hunt.” Biden said the attacks were without precedent and hit the entire bureau.
“This is the first President to make a full-throated, unvarnished attack on the entirety of the FBI, not going after J. Edgar Hoover, who was one person in the FBI,” Biden said, referencing the agency’s former director.
Biden continued, “What do you think they’re thinking in Moscow? This is doing everything that (Russian President Vladimir) Putin ever wanted, sowing doubt about whether or not our justice system is fair, sowing doubt about whether or not there is anything that is remotely consistent with our Constitution.”
More broadly, Biden said he is “genuinely concerned” with key pillars of Trump’s rhetoric and actions, warning of “naked nationalism” and “phony populism.”
“This notion that the way in which you, the only reason you have a problem, is because of the other, is because of that immigrant or that minority or because of someone else doing something to you,” Biden said.

Biden’s public appearances and comments since leaving office have fueled speculation he might make another presidential bid.
Asked about the possibility, Biden said he was spending his time trying to swing Congress for Democrats in 2018 “to stop this insanity and begin to right this ship.”
But pressed on the issue, the former vice president recalled a question from former President Barack Obama.
“Barack, the President, asked me all during the end of the last administration, you know, how do you make the judgment?” Biden said. “If I could look in the mirror in two and a half, two years, and walk away knowing I’m not walking away because I’m afraid or I don’t have the nerve to try to do the job or I don’t want to make the effort, then I will happily walk away. For real.”
Biden said he was also considering rising talent in the Democratic Party and the potential strength of the 2020 field.
“There’s a lot of new folks that potentially are coming up here,” Biden said. “You know, we didn’t know who Bill Clinton was three years out. We didn’t know who Barack Obama was other than a tremendous speech he made. And they stepped up.”