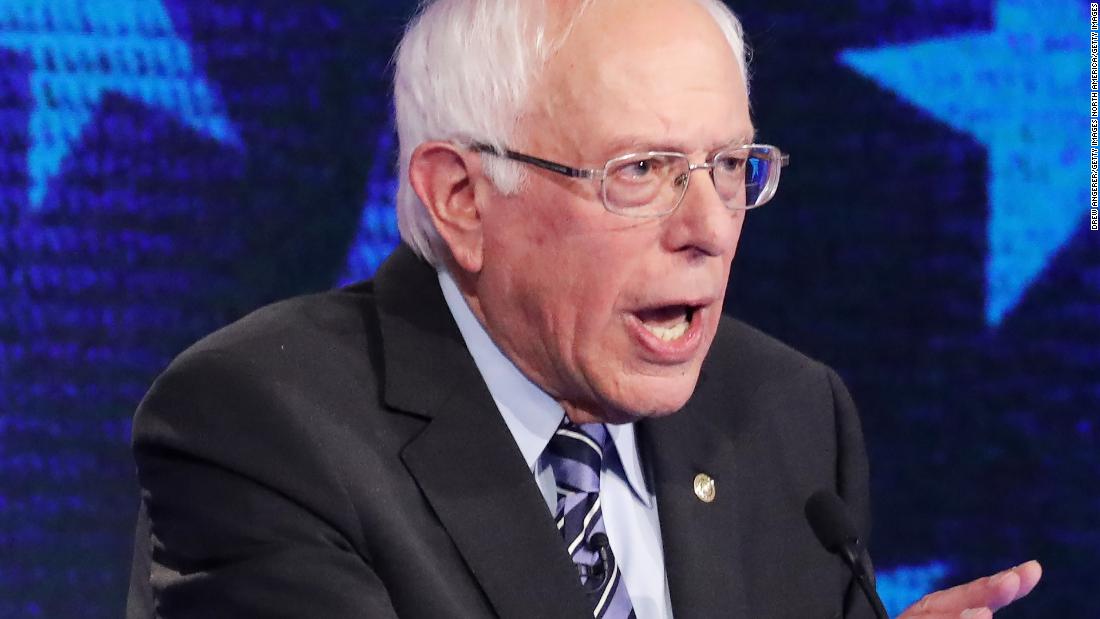 (CNN)Vermont Sen. Bernie Sanders will travel to Canada later this month with Type 1 diabetes patients seeking cheaper insulin as part of his ongoing efforts to highlight the hardships imposed by pharmaceutical companies on Americans, his campaign announced Thursday.

Sanders has so far set the pace for the 2020 health care debate, with the other candidates either signing on to his “Medicare for All” single payer plan or talking about how their vision differs. And throughout much of his political career, Sanders has targeted pharmaceutical companies over the cost of prescription drugs. He often lists the industry among the powerful few whose interests are at odds with the American public, alongside Wall Street and the wider health care system.
In an interview with CNN Thursday, Sanders directly attributed the rising cost of drugs in the United States, and the disparity with prices in Canada, to the overall difference between the health care systems in the two countries. His focus on prescription drugs is just one part of a broader push for the US to adopt a system similar to the one in Canada.
“Canada has a nationalized, single-payer system that allows them to negotiate much better prices with the drug companies,” Sanders told CNN. “In our country it is a much different story. The pharmaceutical companies brought in $69 billion in profit. That is insane and it is a real threat to the health of every American. Congress needs to do something about this and when I am president we will lower the cost of prescription drugs.”
Sanders also argued that, contrary to President Donald Trump’s claims, the current administration’s policies have only made things worse.
“He is not telling the truth, which likely comes as a surprise to no one,” Sanders said. “The cost of prescription drugs have gone up during his administration.”
More than 30 million Americans have diabetes, with an estimated 7.5 million requiring insulin, according to the American Diabetes Association. More than 1.5 million of them have type 1 diabetes. The average price of the drug nearly tripled between between 2002 and 2013, the ADA said last year.
This is not the first time Sanders will cross over into Canada joining people in search of cheaper medicine. Two decades ago, he took part in a similar trip, mostly made up of women fighting breast cancer; they headed out of Saint Albans, Vermont, in search of lower drug prices.
“Now 20 years later, we are basically in the same place — we are going to take a group of people from Detroit into Windsor, Ontario, which is right over the border, to purchase the drugs they need to save their lives at a greatly reduced cost.”
On the campaign trail, Sanders often refers to that first trip to Canada.
“I’ll never forget this as long as I live,” Sanders told a crowd in Marshalltown, Iowa, last month. “These are women, working class women, struggling with a life-and-death issue of breast cancer. We walked into the pharmacy there, and they bought what was then a widely prescribed breast cancer drug.”
Sanders also frequently points to the Canadian and other health care systems as models for what Medicare for All in the US could become.
“If Canada can provide health care to every man, woman and child, and the UK and every other major country on earth, please do not tell me the US cannot do the same,” Sanders said at a recent town hall.