Leftwing senator, who has yet to concede defeat to Hillary Clinton in Democratic race, gives speech on where we go from here to New York crowd 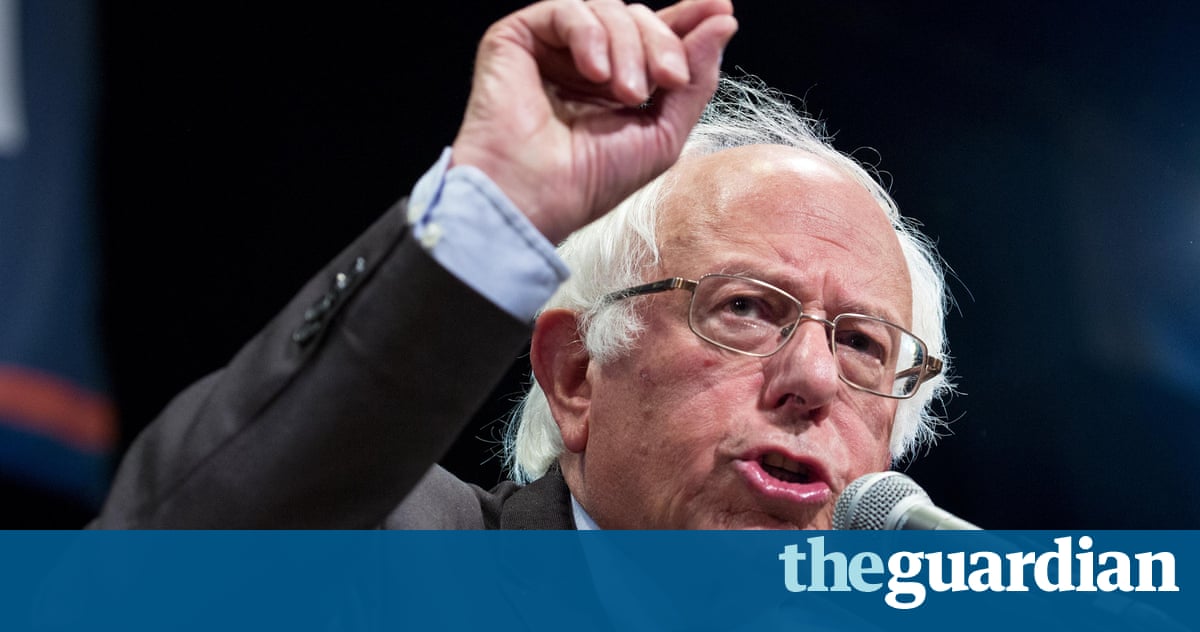 While Sanders has yet to accept defeat, his 75-minute speech, titled Where we go from here, encouraged supporters to pick up the progressive baton that he grasped more than a year ago.

Never, ever lose your sense of outrage, Sanders said, straining his voice to be heard above the thundering applause that filled the Town Hall, a historic venue in Midtown Manhattan.

The democratic socialist reached back into history, describing the political revolution that he championed as a continuation of the long struggle for social and economic equality, starting with the deadly Triangle Shirtwaist factory fire of 1911 that launched a workers rights movement.

Election days come and go but what is much more important is that political and social revolutions continue, he said.

For weeks Sanders has insisted he is still running in the Democratic race even though Clinton earned enough delegates to clinch the nomination earlier this month. Days after Clinton won California she was endorsed by many of the partys most popular leaders, including President Barack Obama and his vice-president, Joe Biden, as well as progressive icon Senator Elizabeth Warren of Massachusetts.

On Wednesday Sanders conceded that it doesnt appear he would be the Democratic nominee this year, though he has resisted party pressure to exit the race and endorse Clinton. His endorsement is viewed as key to uniting a deeply divided Democratic party and party leaders have expressed concern that the longer Sanders stalls the more room Donald Trump has to try to win over his supporters.

Trump expressly appealed to Sanders supporters during a speech on Wednesday, declaring himself the anti-establishment antidote to Clinton.

Sanders spoke for one hour before mentioning Trump and never once mentioned Clinton by name. But he pledged to do everything within his power to prevent Trump from winning the White House, promising to do so even if I have to run all over this country to do it.

We have got to work tirelessly to make sure that Trump is not president but that is not good enough, Sanders said from behind a wooden podium at Town Hall in midtown, his trademark Future to Believe In campaign sign slightly askew. What we have got to do is to continue the vision of transforming this country.

The crowd repeatedly rose to their feet to applaud Sanders as he reiterated many of the points hes made at countless rallies across the country, and reminded them of what they had achieved since he declared his campaign for president in May 2015. At turns, they broke into Bernie! chants.

Sanders admitted that he was moved by the fact that many of his donations came from families on limited means.

Thats because we love you! a woman shouted, interrupting the senator.

No! No! No! Sanders responded, and the audience laughed and cheered. Not about me! It has to be about us!

Near the end of his speech Sanders moved to address the question that seemed to be on everyones mind but his supporters: Where we go from here.

Sanders told the crowd that his delegates were helping draft the Democrats agenda ahead of the partys upcoming convention in Philadelphia in July. Among the proposals his representatives are pushing are reforms to the Democratic primary process, an assurance that the TTP trade deal is dead, a ban on the sale and distribution of assault weapons and a removal of the gun show loophole.

The platform that will come out of the Democratic convention will be, by far, the most progressive platform in the history of the party, Sanders said.

Sanders said he intended to campaign across the country on behalf of progressive candidates. On Friday he will speak at a rally alongside the congressional candidate Eric Kingson, who is seeking the Democratic nomination in next Tuesdays primary.

But not everyone is ready for Sanders to concede.

Richard Merino, 26, of Long Island, New York, said he would favor Jill Stein, the Green partys presumptive nominee for president, if Sanders did not win the nomination.

Merino, who waved a life-size cutout of Sanderss head during the speech, said he has been so inspired by the senators call to action that he was leaving his job at Goldman Sachs to return to school and try to make a career in public service.

Im here because I want Bernie to know that were still with him, Merino said. Were still here supporting his policies Hes brought so many issues to the national playing field that, honestly, in my opinion Bernie already won.