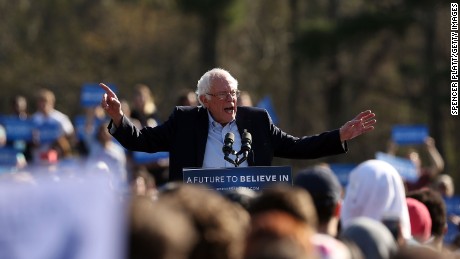 Brooklyn, New York (CNN)Bernie Sanders drew a hometown hero’s crowd Sunday in Brooklyn’s Prospect Park, during a rally which his campaign billed as its biggest ever.

More than 28,000 turned out on the sunny spring day to see the Vermont senator who grew up in Flatbush, Brooklyn, according to Doug Lehman, who produced the event with 42 Inc. 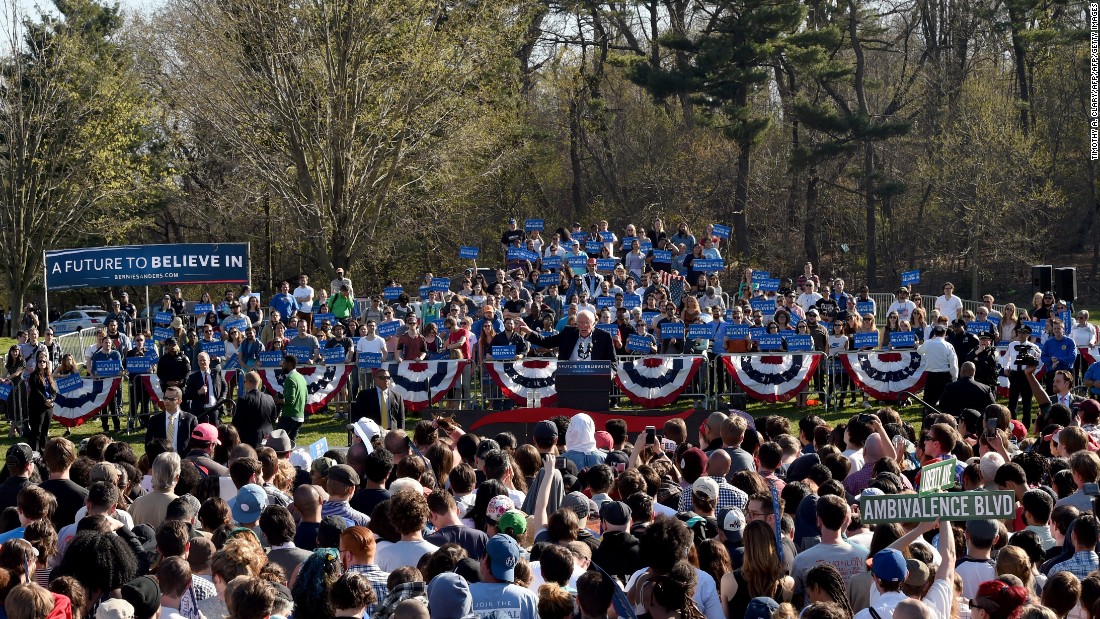 The senator stuck to his usual stump speech, heavily hitting the big banks of nearby Wall Street and drawing contrasts between himself and Democratic rival Hillary Clinton and Republican front-runner Donald Trump, two others who claim New York as home turf.
“We do not represent the interests of Wall Street or the billionaires class or corporate America. We don’t want their money. We’re going to do it a different way,” he told the crowd in the waning afternoon sunshine.
He was introduced by several high-profile surrogates, including Rep. Tulsi Gabbard, D-Hawaii, and actor Danny DeVito.
“There were 28,300 people who came out to Brooklyn yesterday, not for a rock concert, but because they care about the future of this country, and they care about taking action to make things better, to be able to put some of these strong changes forward,” Gabbard told CNN’s Chris Cuomo Monday on “New Day.”
Sanders, who thrives in big-rally settings, has recently held a series of mega-events in the New York area, with another rally drawing tens of thousands to Washington Square Park in Manhattan last week.