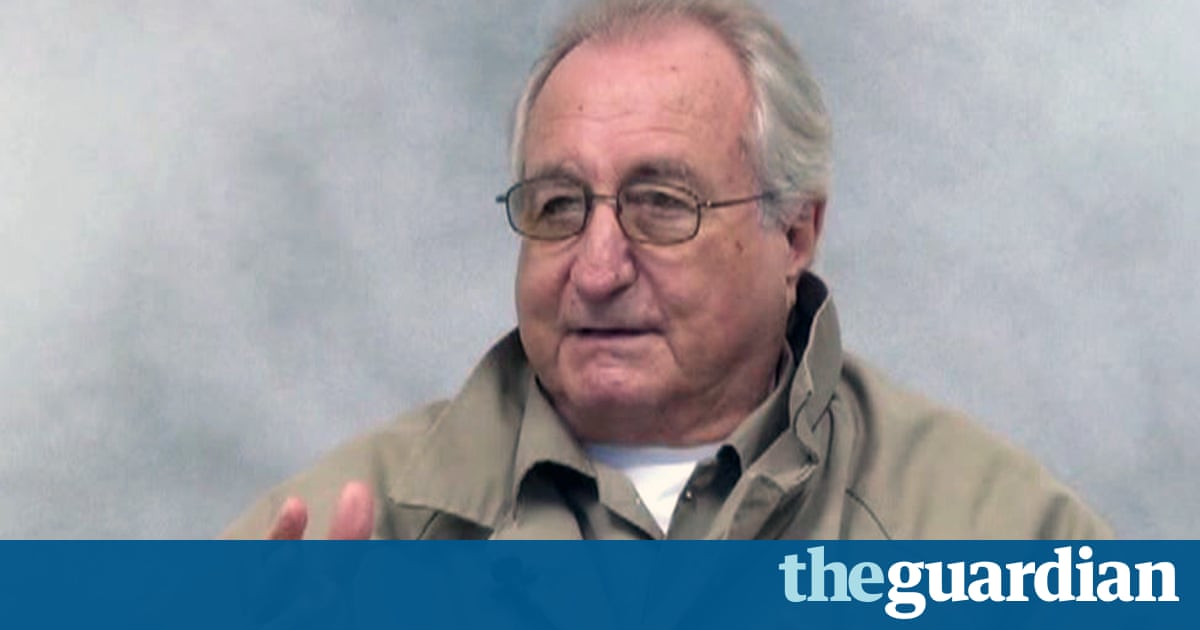 Robert De Niro takes on the role of Bernie Madoff, the Wall Street legend who fleeced investors of billions of dollars in the largest financial fraud in US history, in a new original movie that was aired on HBO on Saturday night.

How convincing is De Niro? For anyone assessing his performance, help is now at hand in the form of the first images of the real Bernie Madoff behind prison bars.

Madoff, 79, was last seen in public on 12 March 2009, when he pleaded guilty to running a giant Ponzi scheme: a $65bn (50bn) scam that evaded detection for decades. Since that day, no pictures of the Wizard of Lies, to use the title of the HBO film, have emerged.

Until now. The Guardian is publishing two images of Madoff in prison garb that are believed to be the only photographic public records of the grand swindler in captivity.