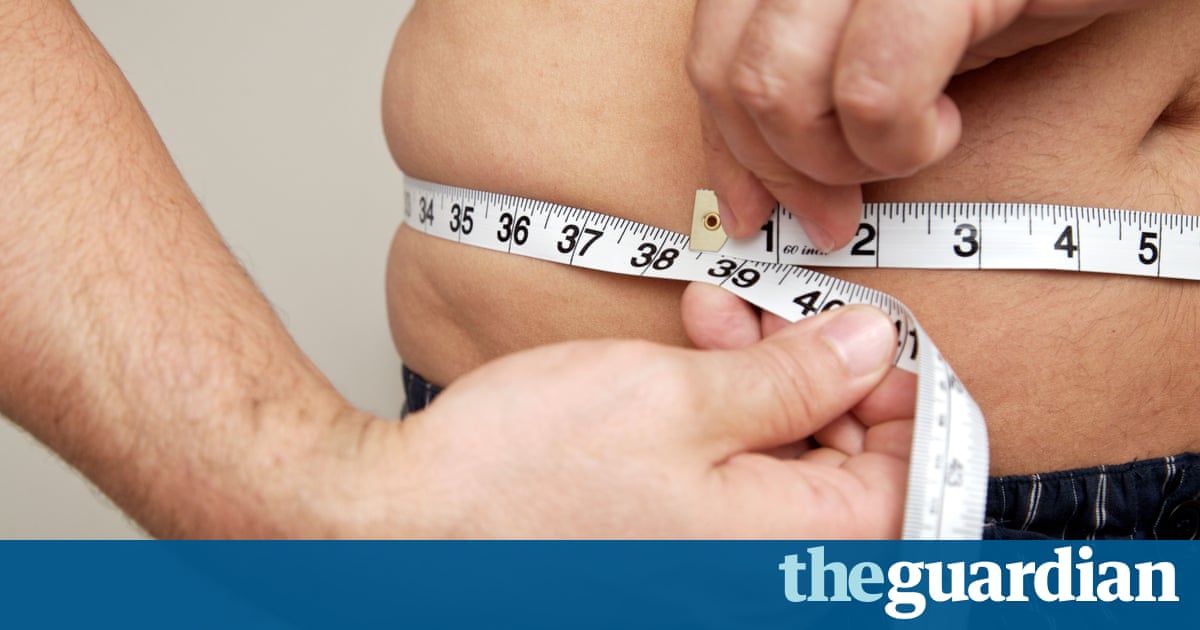 Being overweight even without being obese is killing millions of people around the world, according to the most extensive and authoritative study of the global impact ever carried out.

More than two billion adults and children are suffering from health problems in the world because of their weight, says a team of 2,300 experts led by the Institute for Health Metrics and Evaluation (IMHE), based at the University of Washington in Seattle.

In 2015, nearly four million people died from disease related to their weight, most commonly from heart disease. But only 60% were technically obese, which is defined as a body mass index over 30. The other 40%, or 1.6 million people, were overweight but not obese.

The authors of the paper, published in the New England Journal of Medicine, describe a growing and disturbing global public health crisis.

The study has figures for 195 countries, using data from 1980 to 2015. In the UK, nearly a quarter of the adult population 24.2% or 12 million people is considered obese. One million British children are obese amounting to 7.5% of all children in the UK.

The studys experts say too many people assume that they will be fine unless they actually tip into obesity. Thats not so, says professor Azeem Majeed from Imperial College London, one of the studys authors.

The risk of death and diseases increases as your weight increases, he said. People who are overweight are at high risk of mortality and other diseases [beyond obesity itself].

Body mass index is the most common measure of obesity and is a ratio between weight and height. It is imperfect on an individual basis, because it does not allow for muscle as opposed to fat, but it can give an accurate assessment of population risk. BMI of 25 to 29 is considered to be overweight, while over 30 is obese.

People often assume you need to be really fat to be at risk, said Majeed. But once you hit a BMI of 25, your risk of diabetes, heart disease and cancer all begin to increase.

Obesity has doubled since 1980 in more than 70 countries and has steadily risen in most of the others. Although the prevalence of obesity among children has been lower than among adults, the rate of increase in childhood obesity in many countries was greater than that of adults.

Among the 20 most populous countries, the highest level of obesity among children and young adults was in the United States, at nearly 13%. Adult obesity was highest in Egypt, at about 35%.

People who shrug off weight gain do so at their own risk risk of cardiovascular disease, diabetes, cancer, and other life-threatening conditions, said Dr Christopher Murray, an author on the study and director of IMHE.

Dr Ashkan Afshin, the papers lead author and an assistant professor of global health at IHME, said: Excess body weight is one of the most challenging public health problems of our time, affecting nearly one in every three people.

The IHME is partnering with the United Nations Food and Agriculture Organisation (FAO) to exchange data on what is driving the epidemic.

Over the past decade, numerous interventions have been evaluated, but very little evidence exists about their long-term effectiveness, said Afshin. Over the next 10 years, we will closely with the FAO in monitoring and evaluating the progress of countries in controlling overweight and obesity. Moreover, we will share data and findings with scientists, policymakers, and other stakeholders seeking evidence-based strategies to address this problem.

The study shows being overweight or obese is linked to cancers of the oesophagus, colon, rectum, liver, gall bladder, biliary tract, pancreas, breast, womb, kidney, thyroid and leukaemia, as well as heart disease and stroke. It also notes that weight is an important factor behind years lost from disability caused by musculoskeletal disorders.