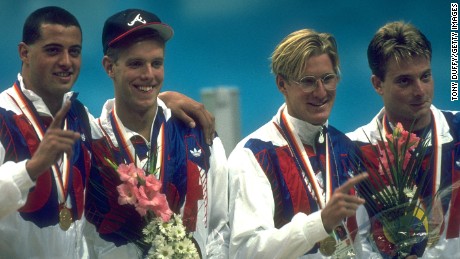 Who’s Troy Dalbey, you ask?
Think back to the 1988 Summer Olympic Games in Seoul, South Korea. Dalbey was just 19 when he won two gold medals at those games. 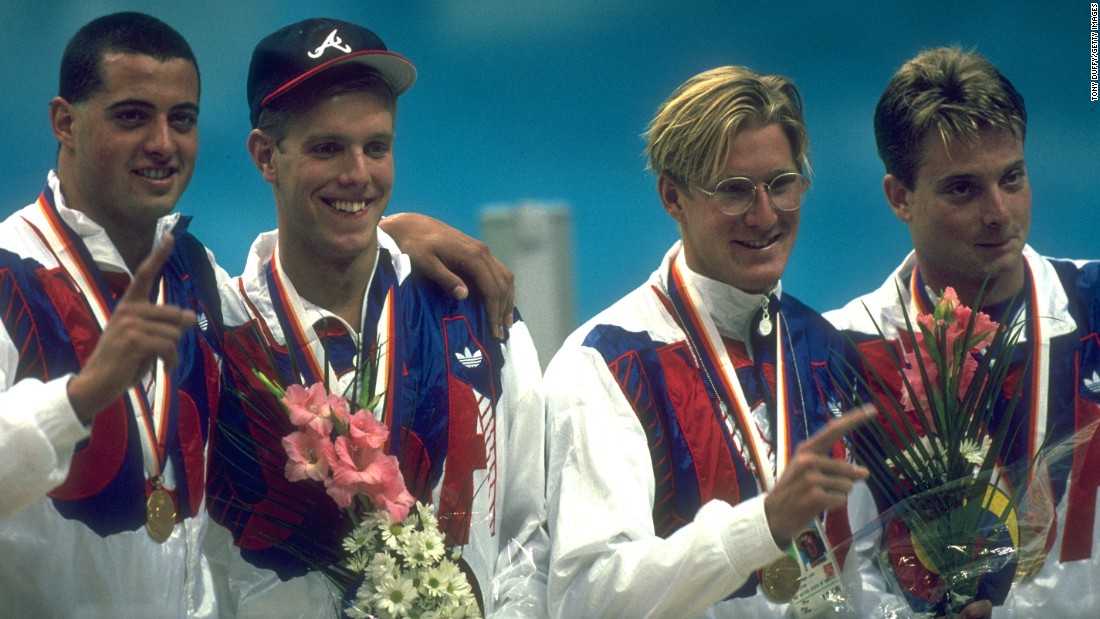 But his remarkable achievement – and all the work that went into it – was quickly overshadowed by an ill-conceived prank.
The swim team was partying to celebrate their victories when Dalbey and a teammate thought it would be cool to snatch a stone statue from a hotel and take it to dinner with them.
The marble lion’s head was valued at some $800.
“Our actions were in boyish exuberance,” Dalbey told UPI at that time.
Korean police arrested and questioned them both, and ultimately no charges were filed. But they were dropped from the squad, and sent home. Dalbey was suspended by USA Swimming from national and international competition and team training camps for 18 months.
The incident caused an international uproar. Dalbey apologized, but was harshly criticized.
“I don’t think I had any appreciation for the responsibility that came with being an Olympian,” Dalbey told CNN Friday.
“I was only 19 years old when I made the team, and I don’t think I was prepared psychologically for the responsibility with becoming an Olympic champion at that point in time,” he said.
Fast forward to 2016. US Olympic swimmer Ryan Lochte is in hot water over a somewhat similar predicament.
Lochte said he was sorry – days after sparking an international controversy over a robbery that turned out to be a made-up story.
In an apology posted Friday to his Instagram account, Lochte said in part: “It’s traumatic to be out late with your friends in a foreign country – with a language barrier – and have a stranger point a gun at you and demand money to let you leave, but regardless of the behavior of anyone else that night, I should have been much more responsible in how I handled myself…”
What does Dalby think of this dj vu?
“I think it’s a step in the right direction for him (Lochte) to have apologized the way he did,” Dalbey said. “I don’t necessarily agree with the fact he did it on social media. But I think that it’s a first step in helping the athletes that were involved in the incident and the public in general of putting this behind them.”
He also said that USA swimming should make a greater effort to educate first-time Olympians.
“As the games wrap up, I would hope that you’d be able to spend that time focusing on the achievements of the athletes that are doing good, rather than those that stepped out of line and or misrepresented facts that occurred on an evening of being out too late and drinking too much,” Dalbey said.
Dalbey is now married and has children. He said his experience had become a teachable moment for his children and the swimmers he helps coach.
“‘Think before you act’ would be my advice to younger Olympians that are attending their first games,” Dalbey said. “I can tell you that the incident that occurred 28 years ago, I wasn’t thinking before I acted and I wish I had. It was a great lesson learned.”