This should be a wake-up call: racism, bigotry and sexism are alive and well, and Trump could get elected by stoking that hate. We better start taking him seriously 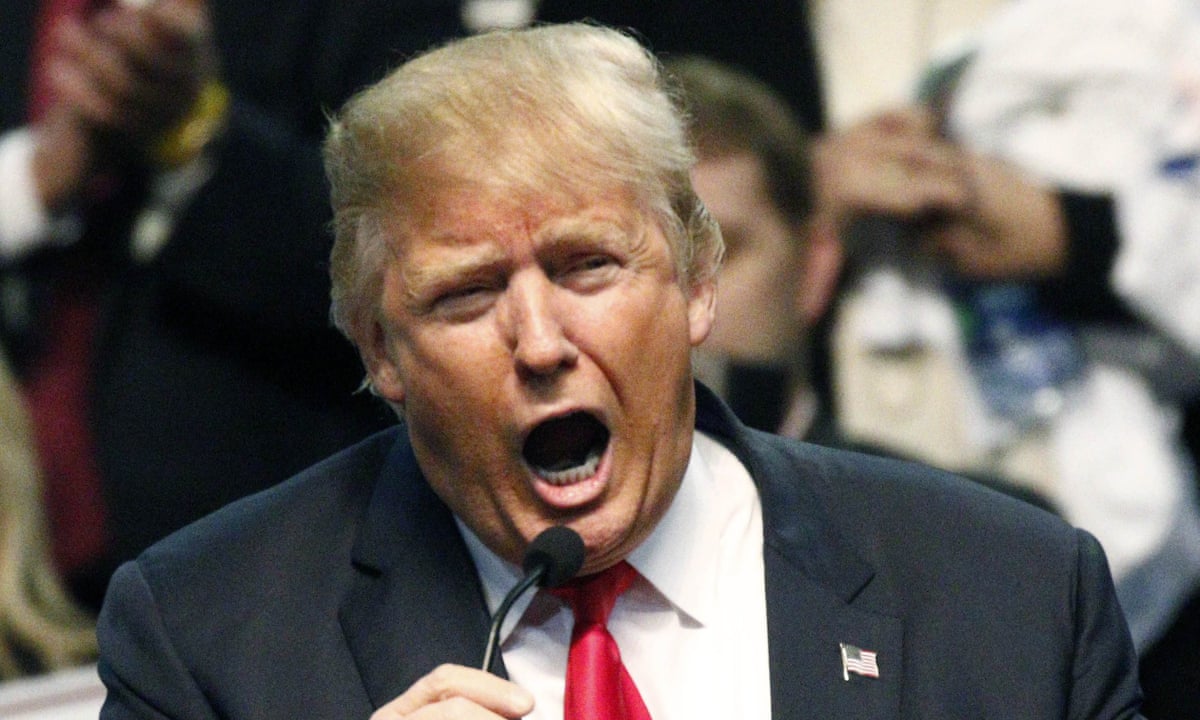 What should be Donald Trumps gaffes are now his campaign platform. With renewed calls for a ban on Muslims and a keep the darkies out approach to the border, Trumps foray into the campaign ad world Monday is a sort of bigots revenge fantasy carried out against Mexicans, Muslims and anyone who gets in his way.

His views about whats actually involved in making America great again include: barring all Muslims from entering the US, miraculously taking all of Isiss oil and building an enormous wall at the border that somehow Mexico is forced to pay for despite the fact that most the people crossing it are actually from Central America (depicted in a video using footage from Morocco, not the Mexican border).

His larger message is even more insidious that Americas best days are behind it and only need be dredged up again, which prompts the question: what exactly would he have us resurrect in the name of progress? Prohibition maybe, or Japanese internment camps? What about that sweet golden era before 1920 when women couldnt vote? You wonder, watching his campaign unfold in earnest, just how far hed have us rewind.

This should be a wakeup call for a party and a country still half paralyzed by disbelief; yes, racism, bigotry and sexism are alive and well in America. Yes, Trump could well get elected by stoking that hate. And yes, wed better start taking him seriously.

But Republicans havent censured him. Instead, theyve emboldened him with their weak-kneed criticisms and paltry poll numbers; Republicans have been going around calling him sophomoric, a clown and unserious when he has a better shot at winning the nomination than any of them. (When Jeb Bush made an attempt to attack Trump in the last debate, Trumps counterpunch was tellingly: Youre a tough guy, Jeb. Im at 42 and youre at three, referring to their respective polling percentages.)

Even if Jebs numbers were better, his attacks and everyone elses would still be too meek. Of the wall in Trumps ad, Bush has said its not realistic and that it cant be built. Hes also said it does not embrace American values. But nobodys ever succeeded in branding Trump as un-American, and as for unrealistic? Thats never hurt him either.

The guy whos actually best positioned within the Republican Party to thwart Trump, Ted Cruz, is actively courting him and his voters. When asked about his outrageous call to ban all Muslims from entering the country, Cruz said: I disagree with that proposal. I like Donald Trump. Later, he softened even that to: I understand why Donald made that proposal. This in a debate that featured actual back slaps between the two men.

The establishments best hope, Marco Rubio, whos actively trying to make his mark on foreign policy and national security, had nothing more damning to say than that Trumps call for banning all Muslims is a distraction. If you look at the statements he made this week, obviously I think he made them partially to recapture the limelight after having lost it, he said. But Trump never lost the limelight; he owns it. And that hes planning to spend $2m a week on such messages in Iowa and New Hampshire, is just the latest, surest, sign of that.

When Hillary Clinton finally took him to task over the dangers of calling for a ban on all Muslims, she was dragged through the mud by Trump and the media alike. After claiming in a debate that Isis was using Trumps call to ban all Muslims as a recruitment tool, and specifically, that videos of The Donald insulting Muslims were already in circulation, Trump demanded an apology when no such video was readily discernible. Call it a Christmas miracle, wrote the Daily Beast, … terrorism experts say no such video exists. Or call it something else.

Two weeks later news broke that an al-Qaida affiliate had apparently released a new recruitment video featuring Trumps ban on Muslims. Trump used this as an opportunity to say Clinton lied, because it wasnt Isis but another terrorist organization using it as a recruitment tool, despite the fact that there is some debate as to whether Clinton was even singling out Isis to begin with.

The more relevant fact is Trumps positions are being used as a terrorist recruitment tool and almost nobodys holding him to account for that. When on rare occasions people do, he just ignores it as he does all other facts that arent convenient in the moment. Asked about it on CNN recently, he shrugged it off: They use other people, too. What am I going to do?

He also said something else, something deeper and more troubling about what he sees as his strength as a candidate: his willingness to say what people are thinking and feeling but afraid to name, often because its stupid or rude or prejudiced. Look, theres a problem, I bring it up. Other people have called me to say, You have the guts to bring it up, because frankly, its true, but nobody wants to get involved.

How about this for truth: we have a Donald Trump problem. We have a racism problem, we have a bigotry problem and a fear problem. Trump is making those problems bigger, not smaller. Hes fanning the flames.

Last month Clinton finally stopped laughing off Trump and started attacking him for peddling prejudice and paranoia. It took until mid December! But after she attacked him post schlong-gate, he countered by saying she cant use the womens card when Bill Clinton is worse than he is on women. Thats an unfair comparison, but since then shes been quiet on Trump and didnt respond to the attack on her husband.

So how about this for paranoia: the entire presidential field may have too little, too late when it comes to taking on Trump, even Hillary Clinton.