This investigation should put to bed any notion that Trump would be held in check by Washingtons institutions, says Guardian US columnist Richard Wolffe 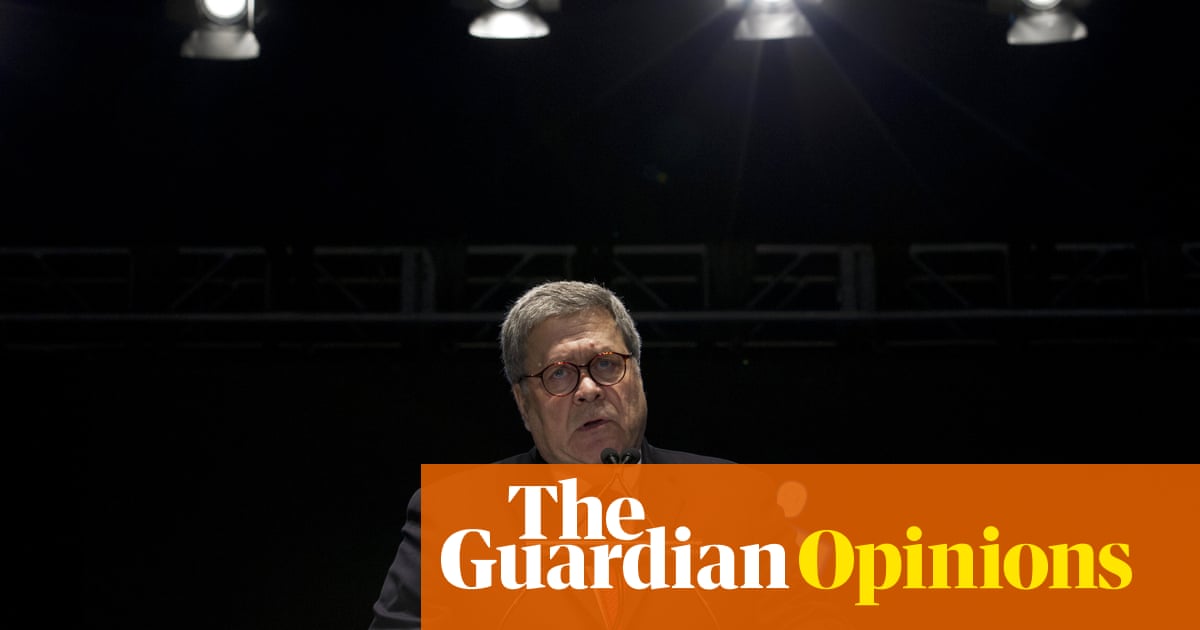 What happens to a government when the man in control is a delusional conspiracy-theorist desperate to cover up his own corruption?

This is more than a rhetorical question, and we’re not just asking for a friend.

At this stage of the presidency (See: The Decline and Fall of the Empire), the corrosive effect of Donald Trump is decaying and degrading some of the most powerful institutions that represent the United States.

One of the most-repeated conceits at the start of the Trumpian epoch was that the culture of good government and the rule of law were so ingrained in Washington that public servants of sound mind would thwart the wingnut whims of a demagogue.

How quaint. Now we find ourselves in a country where the attorney general is combining forces with the entire intelligence community – the directors of the CIA, FBI and national intelligence – to investigate how the whole Russia investigation began.

Spoiler alert for all the spooks and prosecutors about to waste what’s left of their reputation: it was the Trump campaign.

There was this rather exhaustive report into the whole affair, along with 37 indictments and guilty pleas, which you don’t need a spy agency to discover. Perhaps someone at the FBI could dig up a copy of the work of its former director, Robert Mueller?

He walked right up to the line of saying the president should be indicted for obstruction of justice, but left the final decision to other institutions, like Congress or the justice department.

Now it’s clear those institutions are hollowed-out shells. Where Republicans used to crow about the constitutional duties of congressional oversight, they now think the whole notion is some kind of partisan game. Lindsey Graham, the chairman of the Senate judiciary committee, appeared on Fox Business to advise that the president’s son, Don Jr, should ignore a subpoena to appear before the Senate intelligence committee.

Graham has long ago transmogrified himself from a military lawyer and McCain Republican into an apologist for the pro-Russian grifters who run this White House.

Never mind his lord-have-mercy indignation in prosecuting Bill Clinton’s impeachment with all that talk about cleansing the office and restoring honor to the Oval Office.

Of course the real culprit behind the decriminalization of corruption is the attorney general himself, who has created the circular firing squad that is the inquiry-into-the-inquiry.

This may be a surprise to those gullible enough to have believed Bill Barr at his confirmation hearings, just five long months ago, when he adopted the disguise of an old-time government lawyer. “I feel I’m in a position in life where I can do the right thing and not really care about the consequences,” he said. “In the sense that I can be truly independent.”

Before Barr goes to all the trouble of creating his next baloney sandwich for Congress, we should all just agree that “the right thing” in this context meant the right thing for his boss. Barr was and remains “truly independent” of all the ethics and principles that have plagued every one of his predecessors to have served a non-Trump president.

This is an attorney general who says that counter-intelligence officials were “spying” on the Trump campaign. As the old-time government lawyer knows full well, those officials in fact obtained a judge’s approval for a surveillance warrant for one of Trump’s foreign policy advisers, Carter Page.

Page was so hot for the Kremlin that the Russian intelligence officer trying to recruit him thought he was “an idiot.” Or, as Trump described his team when he was pulling his campaign together, a “top-of-the-line professional”.

But in Barr’s hands such facts are no more than a minor incident at a Soviet nuclear plant. So what if the Geiger counters were burnt out by all the ways Trump tried to obstruct the Russia investigation? It’s inconceivable that the nuclear core of this presidency could have blown up because presidents can’t be detonated or indicted, even if they can’t be exonerated either.

This kind of doublespeak originates with the glowing blob of fallout that is Donald Trump, who told reporters on Tuesday that he had nothing to do with Barr’s new investigation – but that he also loved it.

“I didn’t ask him to do that,” he said as innocently as Al Capone, who was nowhere near Chicago when the St Valentine’s Day massacre took place.

“But I think it’s a great thing that he did it. I saw it last night. And they want to look at how that whole hoax got started…It was the greatest hoax ever perpetrated on the people of this country. And you know what? I am so proud of our attorney general that he is looking into it. I think it’s great. I did not know about it. No.”

Don’t sell yourself short, Mr President. You know full well that the greatest hoax ever perpetrated on the people of this country is staring at you in the mirror each morning.

Who cares if the TV ratings that night were actually less than on Obama’s victory night in 2008? Is it worth telling him that lots of people watch horror movies but don’t feel the same about a gang of zombies as they do about The Avengers?

Maybe common sense and reason are just hibernating somewhere deep inside Washington. Or maybe they left town along with the truth and the rule of law.

• Richard Wolffe is a Guardian US columnist