A Wall Street firm will pay the former president $400,000 for a speech. This kind of kowtowing to the billionaire class has left the Democrats morally bankrupt 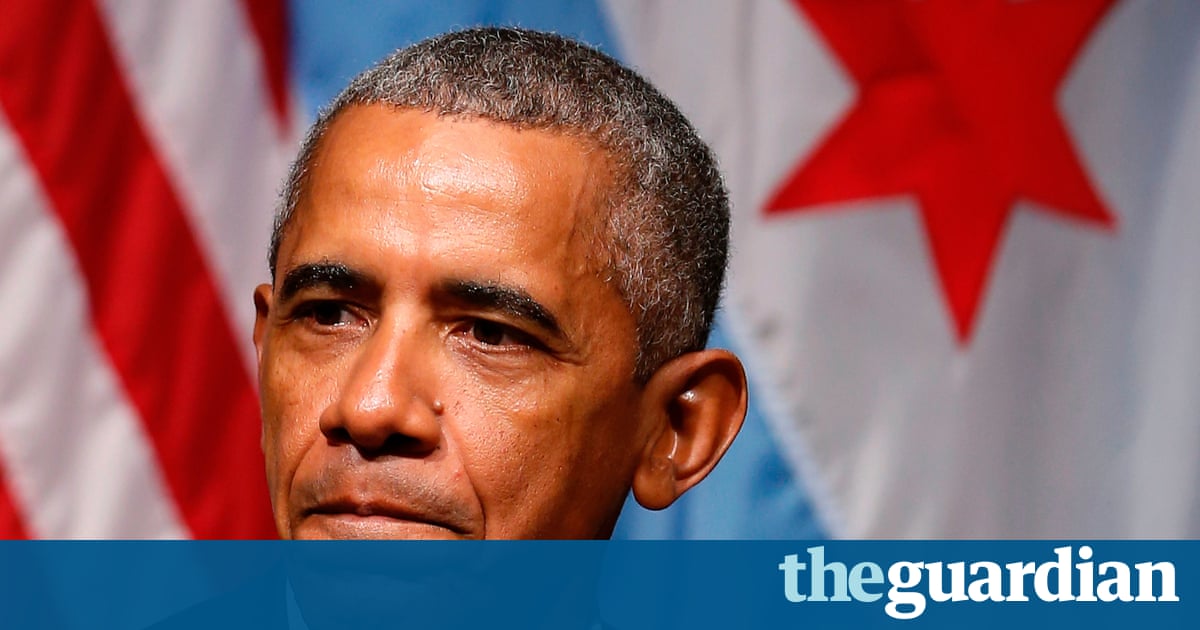 Its still early, but so far Barack Obamas post-presidency has been a disappointment. On Monday during his first public appearance since Trumps inauguration Obama touched on income inequality. But as is becoming glaringly obvious to all, Obama is now firmly in the 1% himself thanks in no small part to corporate America.

The optics of some of Obamas decisions since leaving office have been damaging. We learned this week that he will be paid a whopping $400,000 speaking fee from Cantor Fitzgerald LP, a bond firm known for dealing in credit default swaps, the fancy financial instruments that helped trigger the 2008 financial meltdown.

Then, there are the vacations. Of course, the former president did deserve a holiday. But did it have to be with the Billionaires Club? There was a widely reported visit to Richard Bransons place in British Virgin Islands for kitesurfing, photos of which went around the globe. In French Polynesia, this was followed by a jaunt on David Geffens 45ft yacht with celebrities including Tom Hanks, Oprah Winfrey and Bruce Springsteen.

The Clintons were the champions of buck-raking, together fetching more than $158m in speaking fees. They also loved rubbing shoulders with billionaires and sailing on glitzy yachts. George W Bush made 200 paid speeches and received what now seems a paltry $7m for his memoir, Decision Points.

But we are in a different era right now. On Monday, in Chicago, Obama had his first post-presidential speech and did not utter a single word about his successor, who recklessly and falsely accused Obama of spying on him and has set about reversing almost all of his policies.

Explaining why the former president will remain silent on Trump for the time being, his aides said he was replicating the gentlemanly behavior of W, who refrained from criticizing him. (W reportedly resented that Jimmy Carter criticized his father after losing to the Reagan-Bush ticket.) But these are not gentlemanly times and these customs should all be broken.

The habitual kowtowing of senior Democrats to the billionaire class has left their party close to morally bankrupt. Bernie Sanders was right to hammer Hillary during the primaries for her speaking fees from Wall Street. Even her most ardent supporters found these speaking fees indefensible. They were certain to be fodder for her opponents.

It was misguided of Obama to have signed on with the same DC speakers bureau as the Clintons, the Harry Walker Agency. For sure, its easy money. This giant of the speaking circuit has enriched the Clintons to the tune of $158m. During her campaign, Hillary explained that she took all that money because it was what they offered.

But do the Obamas really need the effortless lucre? One of the most attractive things about having Barack and Michelle Obama in the White House was the absence of ethical conflicts. They seemed to have impeccable moral judgment and real family values. And, thanks to a $65m book deal with Penguin Random House, and a pot of money from the former presidents previous books, they are not in bad shape financially.

They deserve to be grandly feted in Berlin by Angela Merkel and, with all the work Michelle did in her garden, to appear at an Italian food conference. But both European stops will also include paid speeches, according to the New York Times.

Bernie Sanders is right that the Democrats need to become a grassroots party again and represent the interests of working people, not billionaires. He is right that the Obama administrations failure to prosecute the major Wall Street figures responsible for the financial crash is a scandal. More buck-raking on Wall Street will make the lax enforcement seem even more suspect.

Obama needs to be the leader of the Democratic party right now. There is no one else. Thats why Sarah Kovner, a Clinton supporter and longtime Democratic activist, told the Times: Weve got to hear from him.

Hillary Clinton has been discredited by her unexpected loss of the election, a political mortal wound. While the loser of an election is sometimes viewed as the leader of the out-of-power party, Clinton, at 69, is not positioned to make a third run for the White House and no longer sits atop a money-filled political organization.

Neither Nancy Pelosi nor Chuck Schumer, the congressional minority leaders, can fill the void. The new DNC chairman, Tom Perez, is almost a complete unknown.

With the Republicans in total control of the government, the Democrats need their brightest star. Its going to take a long time for new leaders to emerge, and Bernie and Elizabeth Warren cannot be the only loud voices speaking out against this new regime.