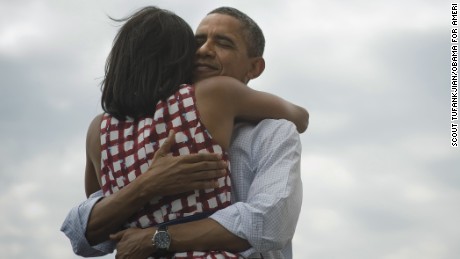 “Southside With You,” written and directed by Richard Tanne and given its debut here at the Sundance Film Festival, fuses fact and fiction in recreating young Barack Obama’s first day out with future wife Michelle Robinson.

“It’s embarrassing to admit it, but I never considered the political ramifications,” Tanne told CNN. “I really wanted to tell a love story, but as I was writing it, and as we were making it, it did occur to me that there’s a sort of dramatic irony in the sense that everyone watching the movie will always know what they went on to do.”

That irony touched the actors, too. In the film, it is 1989. Obama, then 28, is a summer law associate who wants to take Robinson, his adviser and a working attorney, out on a date.

“You think I’m cute?” Obama deadpans back. The dialogue comes from Tanne, who said he drew on news reports and other accounts to fill in the blanks.

Despite Michelle’s initial concerns, they set off walking and talking their way from the Art Institute to a screening of Spike Lee’s “Do the Right Thing” — both, in fact, were real stops on their “first official date” — and a gathering of community organizers. As the day unfolds, a young Obama slowly wins over his future bride. (Filmed in Chicago, a number of scenes were shot a couple blocks from the first lady’s childhood home.) 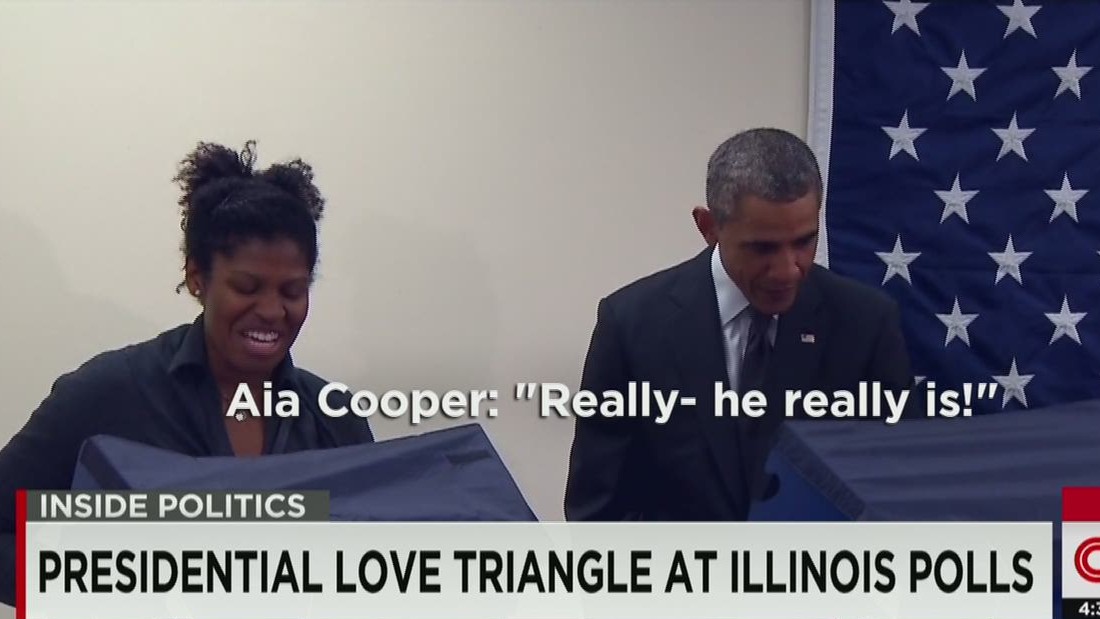 It doesn’t hurt that Parker Sawyers, in the role of future president, looks, speaks and carries himself off screen like the very familiar character he plays on it. Still, it’s a big task. How does anyone know when they are ready to be commander in chief — or, in this case, prepared to create a convincing facsimile of some distant version?

For Sawyers, the answer came on Election Day in 2014. Obama was back in Chicago to cast his ballot when the fianc of a woman at the next voting booth playfully warned the president, “Don’t touch my girlfriend.”

“You’re gonna kiss me, give him something to talk about,” the President told the woman, who went from mortified to delighted as he gave her a hug and light peck on the cheek. “Now he’s really jealous.”

Sawyers said that when Obama “starts talking to the girl and when he leaves … and then he winks … that’s when I said, ‘That’s it, I can imagine him at 28.'”

Tika Sumpter, who stars as Michelle and produced the film with Tanne and Robert Teitel, said she put aside the “reverence” that accompanies any first family and focused on playing the young Robinson “with that fire — passionate with high standards and super-smart.”

The politics of the role, she insisted, were an afterthought.

“I didn’t go into this thinking, ‘Oh, my gosh, the Republicans are coming after us,'” Sumpter said. “It’s just like, how can you not fall in love with these two endearing people?”

The tone of this election season would suggest that, no matter how favorably drawn or “endearing,” there will be a considerable number of Americans who will never be in the mood for this love story.

But while you can’t please everyone, Tanne and Sumpter have it on good knowledge that two people with a very personal interest in the project are rooting them on.

“We sent the script to their camp,” Sumpter said of the Obamas. “One of our people did, and supposedly it got the thumbs up — not the official thumbs up — but they have it, they know it’s happening, and they know that we’re here. They know a lot, let’s just say that.”

“We know they’re aware of the movie,” Tanne added, though the first couple has yet to see it. “And we know from a very reliable source that they’re both excited and baffled that it exists.”