After seven homes certified as lead-free were found to be contaminated, doubts over inspections mean 384 families have been urged to have their children tested 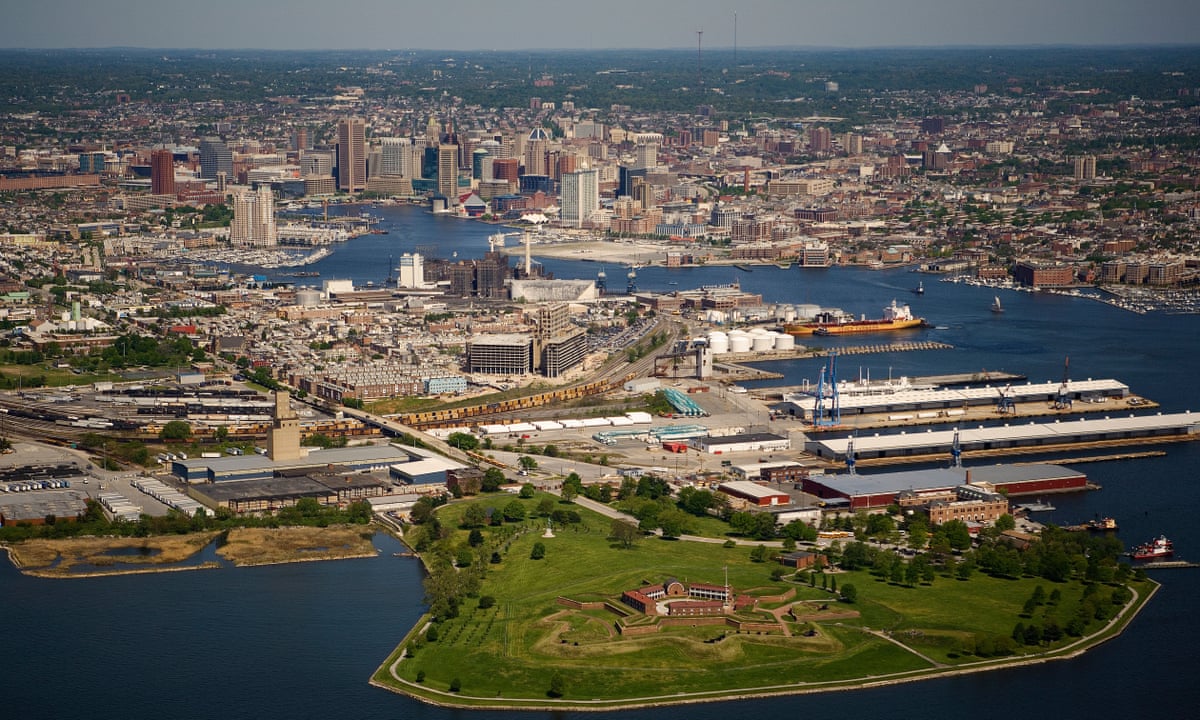 Environmental officials found this week that at least seven Maryland homes certified as lead-free were actually contaminated by lead paint or not inspected at all. The findings by the Maryland department of the environment and the Environmental Protection Agency have prompted a broader investigation into the unnamed private inspector, and notices to 384 families urging them to have their children tested for lead poisoning.

While attention to the recent crisis in Flint, Michigan, has focused on lead contamination in water, high rates of lead poisoning in Baltimore come from lead paint. Children, particularly those younger than six, are vulnerable to long-term effects when they ingest lead particles from peeling paint.

When people in Baltimore talk about lead checks they are not talking about the inspections that are supposed to ensure that children arent endangered by lead poisoning; they are talking about the settlement payments that come after the damage is done. In the most recent discovery of fraudulent lead inspections, the inspector was not named, but is known to have worked for American Homeowner Services LLC between 2010 and 2014.

Although there have been dramatic reductions in lead poisoning in Baltimore over recent decades, an investigation by the Baltimore Sun in December showed that more than 4,900 children have been affected by lead in the last decade 129 in the last year alone.

But Saul Kerpelman, a lawyer who has handled thousands of lead cases, says these numbers dont really show the extent of the problem. Those numbers, he said, are calculated based on a blood lead level (BLL) of 10 micrograms per deciliter (mg/dl). But the CDC has recently determined that any amount of lead in a childs blood can immediately and irreversibly cause brain damage. Kerpelman said that if you cut the BLL number in half to the current threshold number of 5 mg/dl, there could be as many as 4,000 cases in Baltimore last year and if the acceptable lead level were set to zero, it could be as many as 10,000 exposed children. Kerpelman said that out of the more than 4,000 cases he has dealt with, 99% are black.

The hysteria about Flint, Michigan, is totally justified, Kerpelman said, referencing findings that residents had been using water with alarmingly high levels of lead. A Guardian investigation in the wake of Flint has found that cities around the country are systematically distorting water tests to underplay the amount of lead in the water.

But Kerpelman says Baltimores problem with lead paint is even worse because such a large percentage of the citys housing stock was built before 1978, when lead paint became illegal, and is owned by landlords who see their properties not as an investment [but] as a cashflow machine in the same areas where there used to be legal segregation and those were the only places that a black person was allowed to live.

Many of the same absentee landlords come up in these cases over and over again.

If you type Stanley Rochkind into Maryland case search, his name comes up over 500 times, Kerpelman said.

One of those cases was a suit filed by Freddie Gray, who lived in a Rochkind-owned home as a young boy and tested with a blood lead level of between 11 and 19 mg/dl. He suffered from the effects of lead poisoning, which studies have linked to decreased IQ and short and long-term memory impairment, causing numerous related social problems. Researchers have also found a significant link between lead exposure and crime. Kerpelman calls it a root cause of bad schools, crime and drug use. It all relates back to lead poisoning and because it is black kids were not doing anything meaningful.

State delegate Jill P Carter goes even further to suggest that a survey of everyone in the prison system would reveal that a majority of perpetrators of violent crime suffered from lead poisoning.

Rochkind was fined $90,000 by the Maryland department of the environment in 2001, as part of a deal to do lead abatement in nearly 500 units, but for housing advocate Carol Ott thats not enough.

The consistency needs to be there in terms of fining these property owners. Honestly, some of them should be in jail. When you break a law enough times you should run the risk of coming before the judge who says youre done, she said. The city has done not a very good job of saying to some of these prolific offenders, you need to sell off your properties and not do business in our city. Youve poisoned enough families, dont let the door hit you on the way out.

Mary Pat Clarke, a member of Baltimores city council, called for a council meeting on 4 February to investigate how so many children in Baltimore are still poisoned every year. Carter, who introduced legislation to make it easier to punish fraudulent inspectors, called the current situation particularly heinous because it could have been prevented, at least partly by the kinds of inspections that the state is now investigating.

Ive been in Annapolis since 2003, there were indications then that there were big problems with the inspection process, Carter said. A number of years ago I got a little bill passed that tried to address conflicts of interest between property owners and inspectors that they couldnt be related.

Carter said that bill was not enough, but it was all she could get through the legislature at the time because the property owners association has an extremely strong lobby in Annapolis and there has been no ability of victims of lead poisoning to counter that in the state capitol.

Those like Freddie Gray who win their cases and end up with settlements or lead checks are often preyed upon by predatory financial institutions that offer an immediate sum of money in exchange for the far larger sum that would come over time. Gray, whose death in police custody in April set off protests and a riot, traded a $146,000 structured settlement, estimated to be worth $94,000 at the time, for just over $18,000.

According to Carter, who sees Baltimores lead problem as a human rights violation, the only reparative solution is the market share liability bill which would afford an opportunity to hold paint companies that existed at the time that knew it was poisonous and continued to sell it in the housing stock in Baltimore and get compensation. Without that well never be able to address the problem.

Kerpelman sees public nuisance lawsuits, such as those filed against National Lead and Sherwin Williams as another option. California brought a case against those companies, saying they had created a public nuisance in all the cities that had joined the case. The judge ordered them to join a $1bn fund to abate lead paint in California.

He estimates it would cost about that same amount $1bn to abate all the lead paint in Baltimore, which, he estimates, affects 100,000 houses everything built before lead paint was outlawed in 1978.

If they cared to, the law could fix this problem, he said. For sure, if they were white kids the problem would have been solved years and years ago.