Its the fashionable approach to parenting in the west, with an emphasis on baby-wearing, co-sleeping and long-term breastfeeding. But does it make for happier, better children? 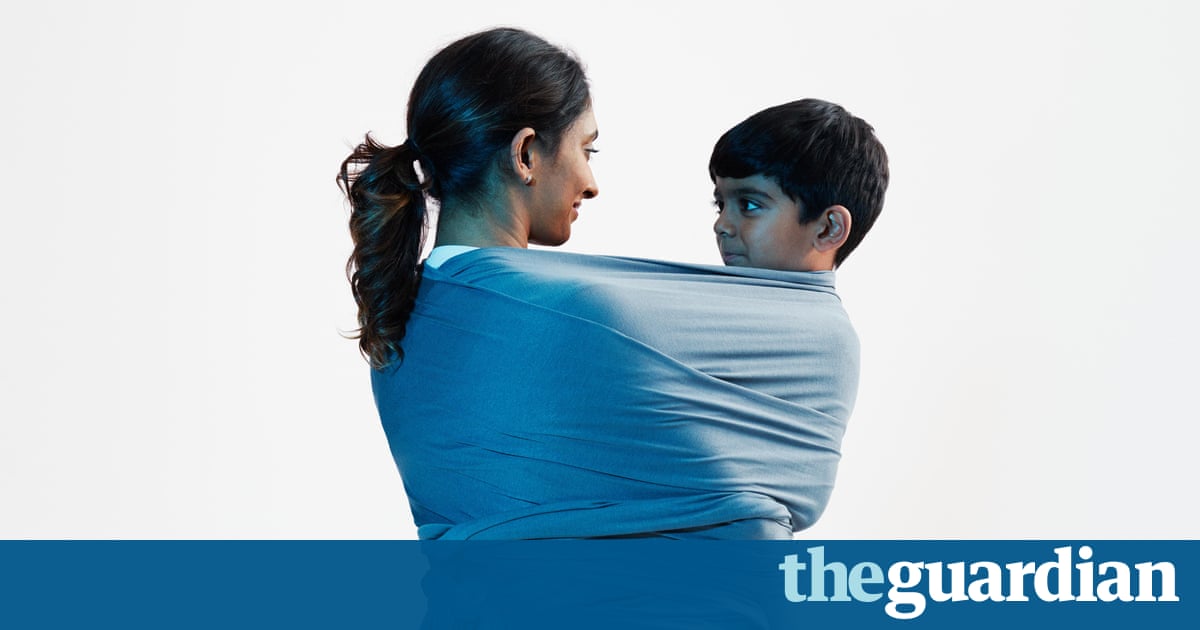 In a family home in picture-pretty Oxfordshire, four women and seven toddlers are, respectively, drinking tea and causing chaos. The children, aged between 13 months and four years, are doing what children of those ages do: quarrelling over toys and bellowing for their mothers. The women are discussing the kinds of things modern mothers discuss: the evils of sleep training, the joys of hypnobirthing. Rebecca, whose house we are in, sets cake down for her friends just as her 19-month-old son toddles up to demand some milk.

Youre hungry again? OK, she says, shifting in a large armchair as she lifts her boy across her body and unbuttons her top. You dont wake up and think, Im going to breastfeed a toddler, she tells me. You just keep feeding your newborn. Sometimes Ill go somewhere and other people will look at me strangely. Theyll make comments about him always hanging off me, but then they say what a happy boy he is, she adds, as her son drinks contentedly, pausing only to switch sides. Fifteen minutes later, he is back for more.

These women, who meet every week, refer to themselves as a tea-and-cake group, but they are also an attachment parents group. An offshoot of natural parenting, also known as gentle or off-grid parenting, or intensive mothering, this is the approach of the moment, just as Gina Fords more scheduled method (strict bedtimes, an unbreakable routine) was a decade ago; to a certain degree, it is the reaction of a new generation of parents against Ford and her ilk.

Attachment parenting harks back to the baby-focused 1970s, only with a more 21st-century, anti-authority bent. Mothers are urged to trust their instincts over the advice of professionals, and to shun developments such as sleep training (in which babies are left to cry to encourage them to sleep for longer) and, occasionally, vaccinations. Whereas parents were once encouraged to fit the baby into their schedule, an attached mother is led by her baby, responding to their demands immediately, or respectfully. The approach combines an attitude of enlightenment (We dont do things the old way) with veneration of the distant past (vague anthropological references to the practices of ancient tribespeople, never mind the improved mother and infant mortality rates). If you are a woman aged between 25 and 45, you will almost certainly have seen people lauding this approach on social media; Facebook will soon have as many groups devoted to attachment parenting as it has gifs of cats.

Like the trend for wellness and clean eating, attachment parenting posits that the modern world has corrupted what was once pure, through scientific intervention. Rejecting modernity has become the ultimate aspirational signifier, from fetishising cycling over driving to praising farmers markets over supermarkets; after all, in order to reject something, you not only need access to it, you have to have so many options, you dont even need it. It also has about it a touch of anti-intellectualism, an increasingly popular stance in everything from politics to nutrition.

Attachment parenting was developed in the 1980s by the American paediatrician William Sears and his wife Martha, a registered nurse, now in their 70s, and starts from the inarguable position that loving parental interaction is beneficial to a child. The Sears underlying contention is that, through a combination of modern life, misguided experts and selfishness, we have become emotionally detached from our children; parents need consciously to rebuild that attachment. Babies who are deprived of secure attachment do not grow well, the Sears write in The Attachment Parenting Book, first published in 2001. They seem sad. Its as if theyve lost their joy of living. Children raised the attachment way, by contrast, are caring and empathetic. Attachment is a special bond the mother feels complete only when she is with her baby. (Despite its seemingly inclusive name, attachment parenting literature is always directed at the mother.)

Followers stress that attachment parenting isnt about rules, but about creating a special relationship though its a relationship thats built by following specific tenets, including baby-wearing (carrying your baby in a sling or holding them as much as possible); long-term breastfeeding; co-sleeping (sharing the parental bed with your baby); always responding to your babys cry, no matter how tired you are. You dont have to follow all the rules, but the Sears warn that you will then have to work harder.

I first encountered attachment parenting when a handful of friends started following it a few years ago. Not yet having children myself, I nodded vaguely when they talked passionately about breastfeeding and co-sleeping. To be honest, I thought the whole thing sounded unhinged. But when I had twins last year, I understood the appeal more.

Parents have never before been subjected to so much advice from so many unqualified quarters, thanks largely to of course the internet. When all around you is hormonal fog and existential fear, attachment parenting offers clarity and promise: follow these steps and you will bond more quickly with your baby, and they will be happier. It puts its thumb right on the maternal pressure point, by asking how much of yourself you are willing to give up for your child, mixing things most mothers already know (babies need human interaction) with their worst fears (anything less than constant devotion will cause your baby emotional harm).

I wondered whether attachment parenting had actually helped anyone and whether this was really about parenting, or something else. So I detached from my own babies and spent two months meeting women and advocates around the country, in an effort to find out.