The world’s wealthiest individuals are on a roll with billionaires in Asia leading the pack.

Billionaire wealth increased 17 percent to $6 trillion in 2016, after a decline the previous year, UBS Group AG and PricewaterhouseCoopers said in a report issued Thursday. Led by China, the number of the region’s billionaires surpassed the U.S. for the first time.

But don’t shed a tear for the richest folks in the U.S.: American billionaires still control the most wealth at $2.8 trillion. 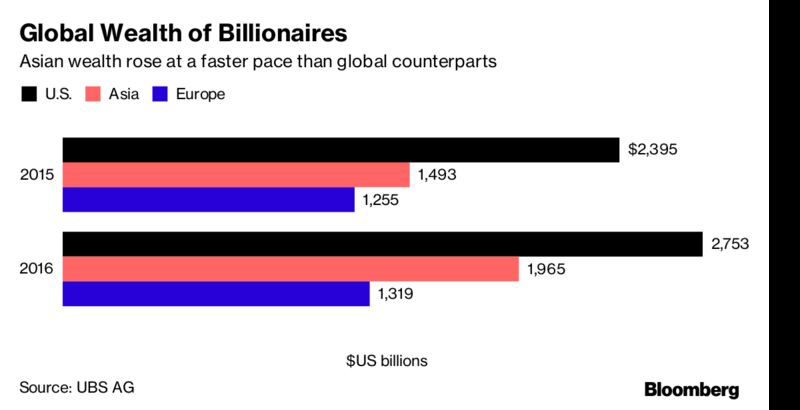 The gain in total billionaire wealth was twice the 8.5 percent increase of the MSCI AC World Index.

Asia’s economic expansion saw, on average, a new billionaire created in the region every other day. Should that pace continue, Asia would overtake the U.S. as the world’s largest concentration of wealth in four years, the Swiss bank and the auditing firm said in an analysis of data from roughly 1,550 billionaires.

How fast billionaire wealth grows in Asia will depend in part on how state-driven investment in China is replaced with other sources of capital, UBS Chief Investment Officer Mark Haefele said at a press conference in Zurich on Thursday.

“As China hooks up its capital markets to the global system, it will have a very profound impact on capital flows — on Europe as well," he said. The execution of Chinese President Xi Jinping’s growth policies will also influence how fast total Asian billionaire wealth overtakes the US, he said.

"In China, one billionaire is created every three weeks," Qiong Zhang, head of wealth management for UBS Securities in China, said in an interview. "For many of the first generation of entrepreneurs, a major focus is bringing the business to the capital markets, raising funds and M&A," she said, adding that the Swiss bank sees Greater China as a "crucial" wealth management market.

Europe’s number was basically flat at 342 in part due to death and because “entrepreneurial companies can find Europe a difficult place to do business due to both the conservative business culture and strict regulations,” UBS said.

The world’s 500 richest people have added $824 billion so far this year, an increase of 19 percent, according to the Bloomberg Billionaires Index. Their total net worth is estimated at $5.2 trillion as of Oct. 25.

UBS and PwC said even as young billionaires are emerging, the richest are getting older as a group. The average age of billionaires today is 63. In 1995, it was 60. The firms also estimate that over the next 20 years, those who are 70 years or older will transfer $2.4 trillion to heirs and charities.

The billionaires tracked in the UBS/PwC database own or partly own companies that directly employ at least 27.7 million people worldwide, roughly the same as the U.K.’s working population.

Peer networks are playing an increasingly important role for billionaires when it comes to making and giving away money, the survey said.

“Informal and formal networks orchestrate deals and investments, as well as helping with other topics such as philanthropy, inheritance and art,” according to the report.

In fact, the emergence of great wealth is bolstering art and sports more than ever before. As art prices have skyrocketed since early 2000s, more billionaires have turned to art both as a status symbol and an asset. 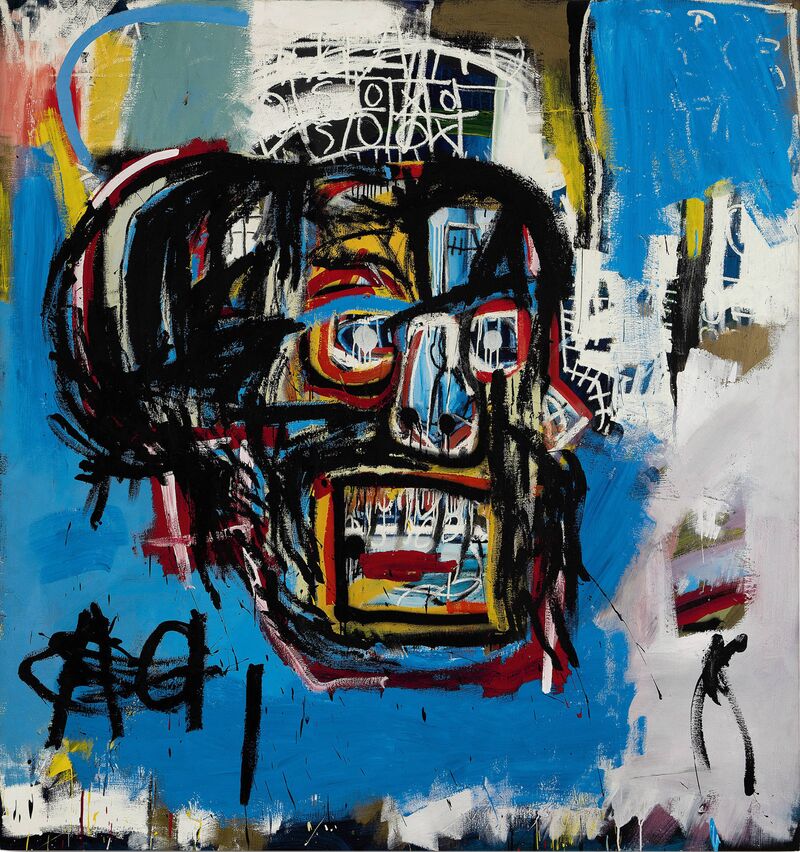 Among the world’s top 200 art collectors, almost three-quarters were billionaires in 2016, up from 28 in 1995. A Japanese billionaire, Yusaku Maezawa, was the buyer of this year’s most expensive artwork at auction, a painting by Jean-Michel Basquiat for $110.5 million.

More than 140 top sports clubs around the world are owned by 109 billionaires, who are on average 68 years old with a wealth of $5 billion, according to the survey.

Billionaires are a key target segment for UBS, the world’s largest wealth manager, as the bank expects the wealth of ultra-high-net-worth individuals to grow faster than the world average. In addition to publishing the annual billionaires report, the Swiss bank has been building out a chief investment office specifically for its wealthiest clients.