Tesla offers a good sales pitch: Gorgeous cars, ludicrous acceleration, features like Autopilot that arrive via over the air updates. And to sweeten the deal for those who can afford the luxury electric, free charging at the young automaker’s international network of Supercharger stations.

Since 2012, Tesla has invited its customers to plug in to chargers that add 200 to 300 miles of range per hour. Good enough to top upa depleted battery in about 30 minutes, while a driver has a bathroom break and a bite to eat. Theyapproach the convenience of pumping gas into a conventional car, and they’re free for life.

Not any more: Starting next year, new Tesla buyers hoping to plug in will have to pony up. But this isn’t Tesla giving up on its promises or Elon turning Ebenezer. This is Tesla growing up—along with the American electric vehicle industry.

Supercharging Comes at a Price

As of January 1, 2017, anyone who orders a Tesla will get just 400 kWh of free Supercharging credits per year, good for about 1,000 miles of driving. Tesla has not revealed how much it will costafter that limit, but says in a blog post the “small fee” will be cheaper than buying gas. Folks who ordered their car before then still get to charge for free, for life. (That doesn’t count the 373,000 people who have put down $1,000 to reserve a Model 3—that’s a deposit, not an order.)

Tesla plans to use the new income to build new Superchargers (it’s running 734 worldwide, with 4605 charging points), but the simple fact of demanding money for their use could do more than expand the network. 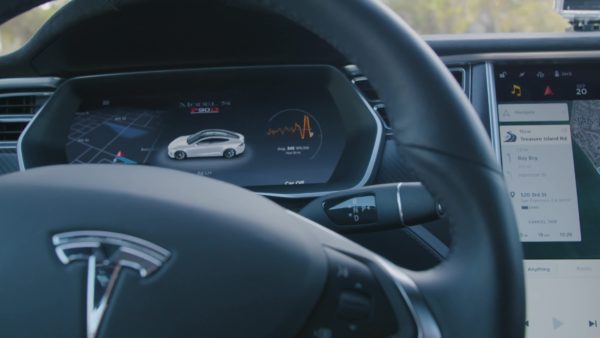 First Look: Heres How Tesla Improved its UI and Autopilot

You see, some Tesla owners have treated the free lunch more like an all you can eat buffet. Its not unusual to see a queue ofModel S and X cars waiting to get their electron fix at busy locations. In an August 2015 letter, Tesla chided owners for over-using Superchargers instead of doing their day-to-day charging at home.

“Anytime you give something away for free, its harder to manage,” says Art Wheaton, who studies the auto industry at Cornell University’s Worker Institute. Asking for even a small dollar amount per fill shouldencourage people to only take what they need. It will help manage the lines, says Wheaton. As Tesla keeps selling cars, that’s crucial to maintaining a positive user experience.

Plus, these things are expensive. Having a supercharger turn on is like putting fiveto 10 US homes on the grid, says Paul Mutolo, an energy storage chemist at Cornell University. Having a bunch of cars charging at once leads to a big spike in power demand, and that leads to big bills from utility companies. Their demand charges have got to be quite hefty, says Mutolo.

Making money could allow Tesla to build Superchargers more in line with CEO Elon Musks vision for sustainable transport, with solar panels and batteries to store energy and buffer demand, cutting costs at the same time.

Today’s problems with offering free charging stand to get far worse as Tesla morphs from a niche luxury car maker to a mass manufacturer. Elon Musk will sell about 100,00 cars this year; he wants to produce half a million cars a year by 2020.

In any case, Tesla has outgrown the need to offer Supercharger use gratis. The automaker first made the deal when at a time when range anxiety limited EV sales. Most Americans wouldnt buy a car that couldn’t handle a road trip, even if they drove fewer than 40 miles a day. Telling them they could charge quickly, right off the highway, and at no cost was a clever way to soothe concerns and drive sales.

Now, that’s less of an issue. The Model S goes farther than ever on a charge and is no longer the only electric car you’d even think of taking out of the city and onto on the highway. Musk faces competition from the likes of the the more affordable Chevrolet Bolt, with over 200 miles of range.

Meanwhile, non-Tesla infrastructure is catching up. BMW and VW are building a network of fast chargers. The Obama Administration is funding a network of “electric vehicle charging corridors.” Tesla and the EV market are mature enough to shed the need for free charging.

Tesla has long believed you should charge your car the way you power your phone: Plug it in at work, at home, anytime youre not using it. But if youre anything like me, your phone still runs out of juice at inopportune moments. The Supercharger network is a terrific failsafe, but it does little good if Tesla can’t keep it useful and practical as it slowly grows up.

Forget self-driving cars, Uber has a new one for you… flying cars. The company calls it Uber Elevate and within a decade itll be a global network of on demand urban electric aircraft that take off and land vertically.

This Week in the Future of Cars: The Time of Questioning