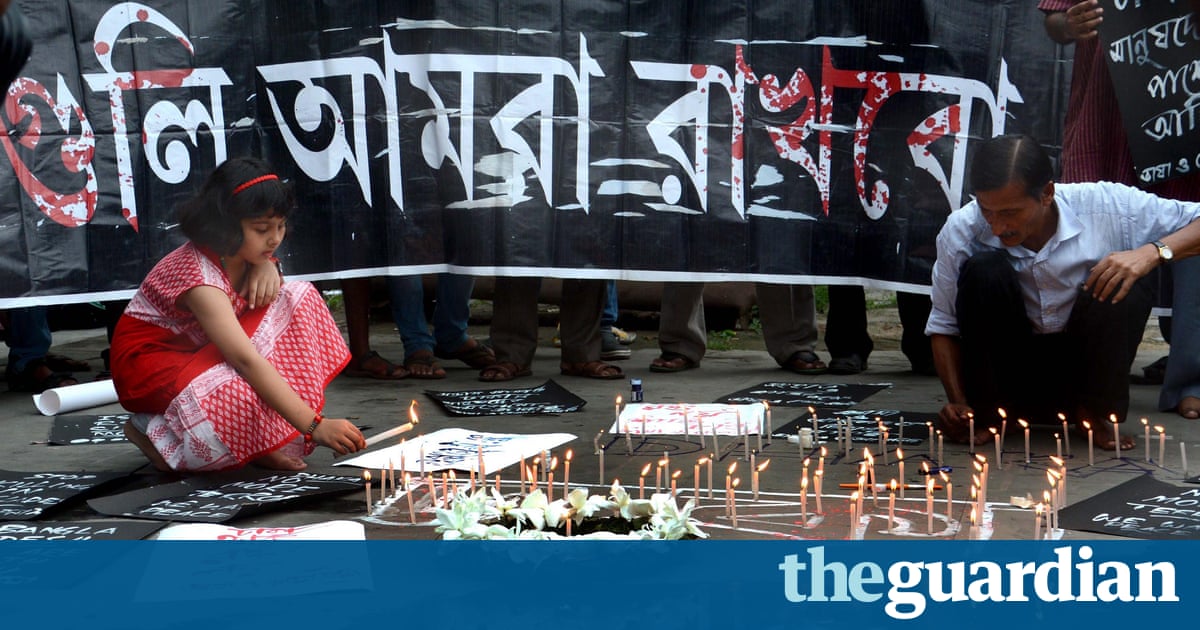 If their aim is to capture public attention, then last week can be counted as a success for terrorists.

Despite the post-Brexit crisis, Islamist militants managed to cut through the noise. They did this with two high-profile attacks. One on Turkeys main international airport left 41 people dead. A second, almost 4,000 miles away in Bangladesh, killed 20 expatriates having dinner in a restaurant in the diplomatic zone of the unstable south Asian states capital, Dhaka.

Many other strikes around the world went ignored. These included a suicide attack that killed 11 people in northern Cameroon, a raid in Kenya, and a bloody bombing in Afghanistan. The sheer number of militant strikes we are seeing at the moment means that only the most spectacular and those which kill the most westerners are reported in any significant way. The rest are reduced to background noise.

The attacks in Turkey and Bangladesh appear to have been conducted by Islamic State. The group dispatched bombers from Raqqa, its headquarters in Syria, to carry out the Istanbul strike but, western officials believe, relied on local recruits to carry out that in Dhaka.

Western intelligence analysts have long warned that as Isis begin to lose ground to counter-offensives, the group will lash out with a campaign of high-profile violence.

Last month John Brennan, the director of the CIA, told the US senate intelligence committee that as the pressure mounts on [Isis], we judge that it will intensify its global terror campaign to maintain its dominance of the global terrorism agenda.

This prediction now appears to be fulfilled. The city of Falluja, important to Iraqs embattled Sunni minority and for Islamist militants worldwide, fell to Iraqi government troops last week. In Libya, Isis fighters have given ground in the port of Sirte. Affiliates that appeared unstoppable six months ago are losing momentum in Yemen, Afghanistan and Egypt.

As Brennan stressed, Isis is not just focused on striking the west, but also on keeping its hard-won pre-eminence within the global jihadi movement. The personal animosity between Abu Bakr al-Baghdadi, leader of Isis, and Ayman al-Zawahiri, leader of al-Qaida, is deep and the competition between the two organisations is bitter. This is a key driver of violence.

Bangladesh, for example, has long been a focus of al-Qaida. The group has been based in south Asia for all but six of its 28 years in existence. A strike by Isis in Dhaka shows its rivals strength in a region that al-Qaida considers to be its backyard.

But it would be wrong to write off the veterans in favour of the newcomers. Isis is brittle. Its so-called caliphate is a project of massive ambition and is weak as a consequence. Though defeats and setbacks can be explained as the trials of faith all strivers in the path of God face, the loss of significant territory, especially the cities of Raqqa and Mosul, would fatally undermine the claims of the organisation and the authority of its leader.

More practically, the Isis project needs continual victories and the new territory they bring. It is an organisation structured for advance, not retreat, with a perpetual demand for fresh opportunities for extortion and looting. The Isis motto is endure and expand. But the former depends on the latter. As advance turns to incremental retreat, finance fails, recruits turn away, local powerbrokers peel off, a retreat could rapidly become a rout.

This chaotic endgame may be some way off, perhaps two or three years even. And, when it does come, the winner may not be the west or regional powers. Instead, it may well be the group which, through its careful strategy of moderate objectives and careful groundwork, has endured, if not expanded, over recent years: al-Qaida.

Kashmir pilgrims urged to leave area at once after explosives found

Vladimir Putin says he is willing to meet Trump at summit