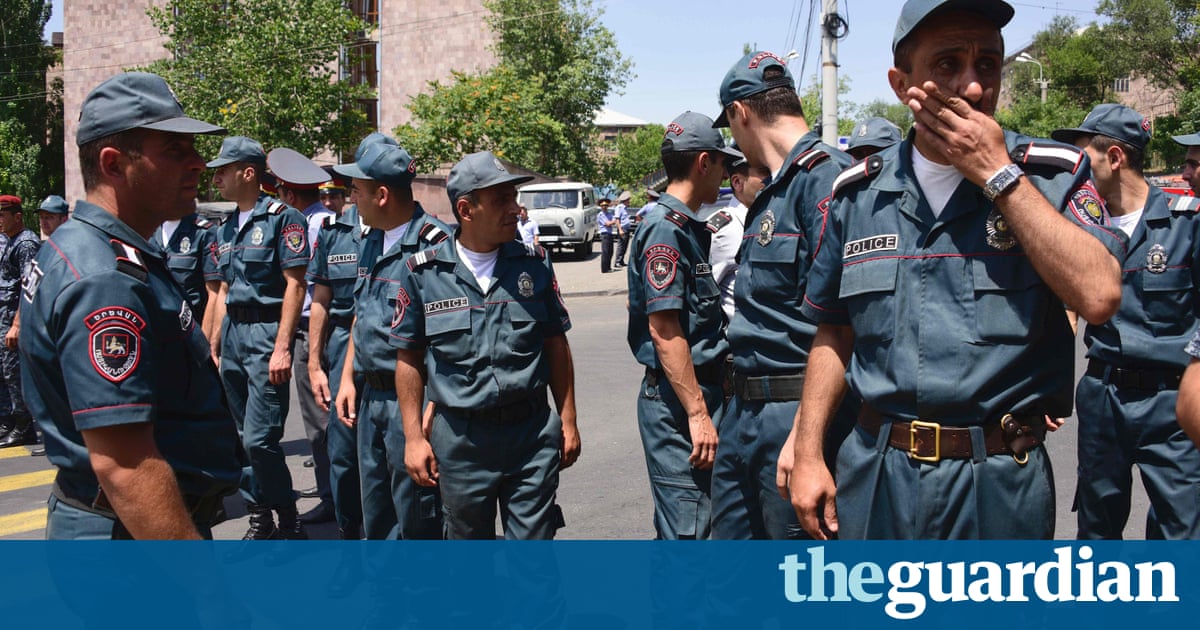 An armed group with links to a jailed opposition leader has seized a police building in Armenia, killing one officer, taking hostages and demanding that the countrys president resign.

One of the gunmen said on social media that among those taken hostage in the capital, Yerevan, on Sunday was the countrys deputy police chief.

A group of armed men entered the premises of a police regiment in Yerevan and is holding hostages under the threat of violence, Armenias National Security Service said in a statement. One policeman was killed and two others wounded. Two of the hostages were freed.

Nikol Pashinyan, a member of Armenias parliament who met the hostage takers, said the group had taken eight police officers hostage but later released one who was suffering from high blood pressure.

The Armenian state continues to operate normally. Police carry out their duties to protect public order and security, the security service said, dismissing rumours on social networks that a coup was under way.

Media reports said the group was demanding the release of Zhirair Sefilyan, an opposition politician who was arrested last month for alleged firearms offences.

We demand the release of Zhirair Sefilyan. We will only obey his orders. Sarkisian must resign, one of the group members, Varuzhan Avetisyan, wrote on Facebook, referring to the Armenian president, Serzh Sargsyan.