For years weve been fed the line that a diet of red meat, supplements and protein shakes can have real health benefits. If only it were that simple 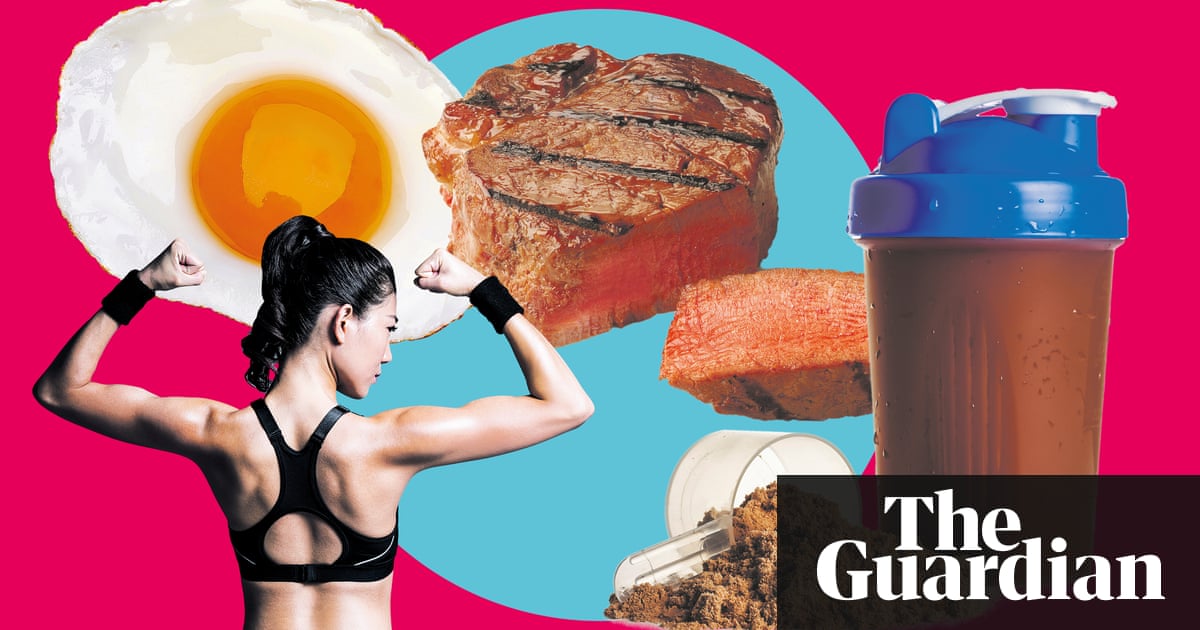 For the past two decades, the benefits of high-protein nutritional regimes have been relentlessly marketed to the general public, largely through the booming diet, fitness and protein supplement industries. However, while this has lined corporate pockets – the whey protein supplement industry alone was worth $9.2bn (£6.9bn) in 2015 – scientific research has suggested time and again that it may be harming our health.

Adding to the mound of evidence, a recently published study by researchers at the University of Eastern Finland, who tracked 2,400 middle-aged men over the course of 22 years, reported that a high-protein diet resulted in a 49% greater risk of heart failure. Many large, long-term population studies have also found that people who consume large amounts of protein, especially in the form of red and processed meat, are more likely to be obese or develop type 2 diabetes, cardiovascular disease and colon cancer.

So why have we been persuaded into eating more and more protein? Thomas Sanders, professor of nutrition and dietetics at King’s College London, says the idea of a protein gap in our diet was first broached by a professor at MIT, Nevin Scrimshaw, in the 1960s. He claimed that the protein that comes from plant sources such as vegetables was deficient in vital amino acids and that we therefore needed to eat more animal protein.

“A lot of this work was supported by the food animal industry in the US, which was all for getting people to eat more meat,” Sanders says. “But then it was shown that, by eating a variety of plant-based foods, you can get all the amino acids you need, and the theory was debunked by 1972. More recently, it has been revived by the health food industry, the diet industry and some of the farming lobbies.”

One of the main drivers for increased protein consumption has been the gym culture that took off in the late 1990s, and the accompanying trend for putting on muscle mass. But scientists believe that the idea of requiring additional protein in your diet to build up muscle, either through meat or supplements such as protein shakes, is a myth.

“There are some quite nice trials which now show that giving people extra protein doesn’t actually increase muscle mass,” Sanders says. “What builds up muscle is exercise and load bearing, and the body has ways of conserving its existing protein to do that. If you eat more protein, the body just breaks it down into ammonia and urea and you excrete it.”