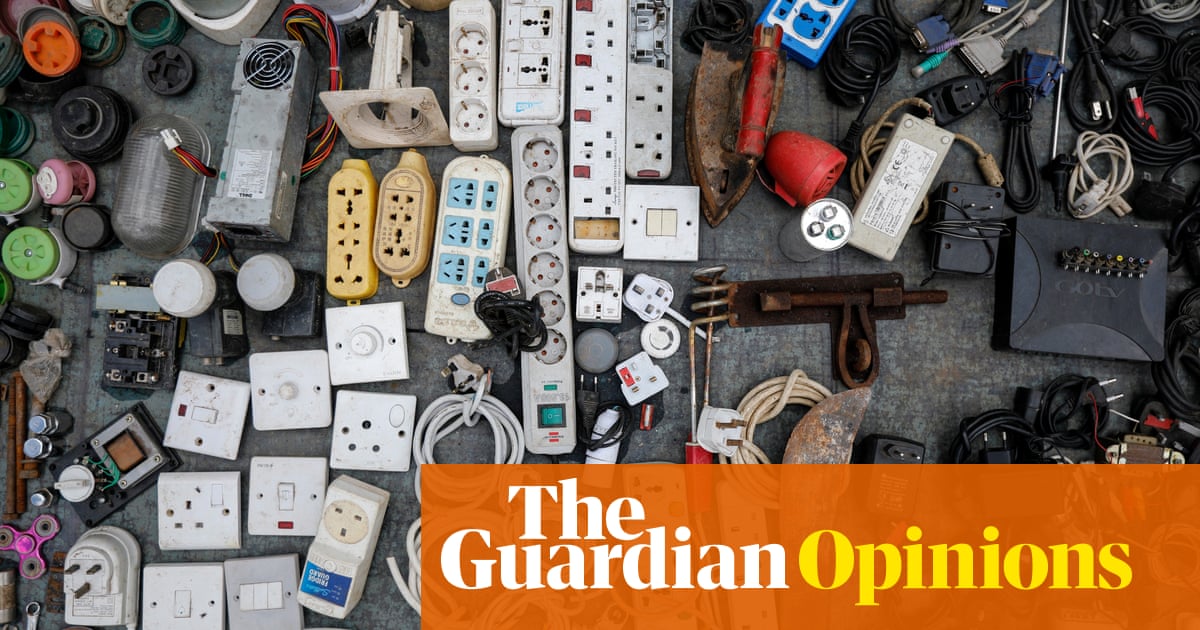 Do all cables matter?

I found myself asking this deeply cursed question as I read a report commissioned by Apple on the European commission’s plan to require mobile device makers to adopt a standard charger. The report runs 92-pages, features a cover photo of the three types of charging ports (USB-C, Micro-USB, and Lightning) nestled lovingly together like mama, papa and baby bear, and is titled United in Diversity.

Apple’s commitment to diversity when it comes to its highly paid technical staff is about on par with the rest of Silicon Valley – which is to say, execrable. (A company website on staff diversity highlights cherry-picked statistics – women make up 38% of people under-30 at Apple in case you were wondering – while burying the lead: Apple’s technical staff is 77% male and 89% white or Asian.)

But I would never doubt the $1.4tn company’s commitment to diversity when it comes to overpriced accessories. This very column was composed on a brand-new Apple laptop that requires a $69 dongle to connect to my monitor and is incompatible (absent another dongle) with the headphones I use on my relatively new Apple smartphone. Innovation!

Apple’s current dedication to a diversity of dongles follows a renewed effort by the EU to enact regulations requiring all mobile devices to use a common charger. Standardizing charging cords would reduce waste and be consumer friendly, proponents of the regulations argue.

This isn’t the EU’s first run at the problem: in 2009, phone companies signed a Memorandum of Understanding (MOU) committing to working toward a common charger under threat of regulation from the European commission. Most companies followed through, reducing the number of chargers in the non-Apple market from more than 30 to just two. But Apple used a loophole in the MOU to forge its own path, introducing the Lightning cord in 2012 and complying with the agreement by also producing (another) adaptor.

“We are drowning in an ocean of electronic waste,” the Polish MEP Róża Thun und Hohenstein argued before the European parliament last week. Approximately 50m metric tons of e-waste are generated annually, including 16.6kg per European, according to the Global E-waste Monitor.

Apple responded to the EU on Thursday, arguing that the proposed regulation “stifles innovation rather than encouraging it”. “Legislation would have a direct negative impact by disrupting the hundreds of millions of active devices and accessories used by our European customers … creating an unprecedented volume of electronic waste and greatly inconveniencing users,” the company said in a statement.

The United in Diversity report argues further that the environmental benefits of a common charger are relatively small – €13m compared with €1.5bn in “innovation harm”.

I for one would like to see some diversity in the bad faith arguments that trillion-dollar companies come up with as excuses for customer- and environment-unfriendly choices. Innovation just isn’t what it used to be.