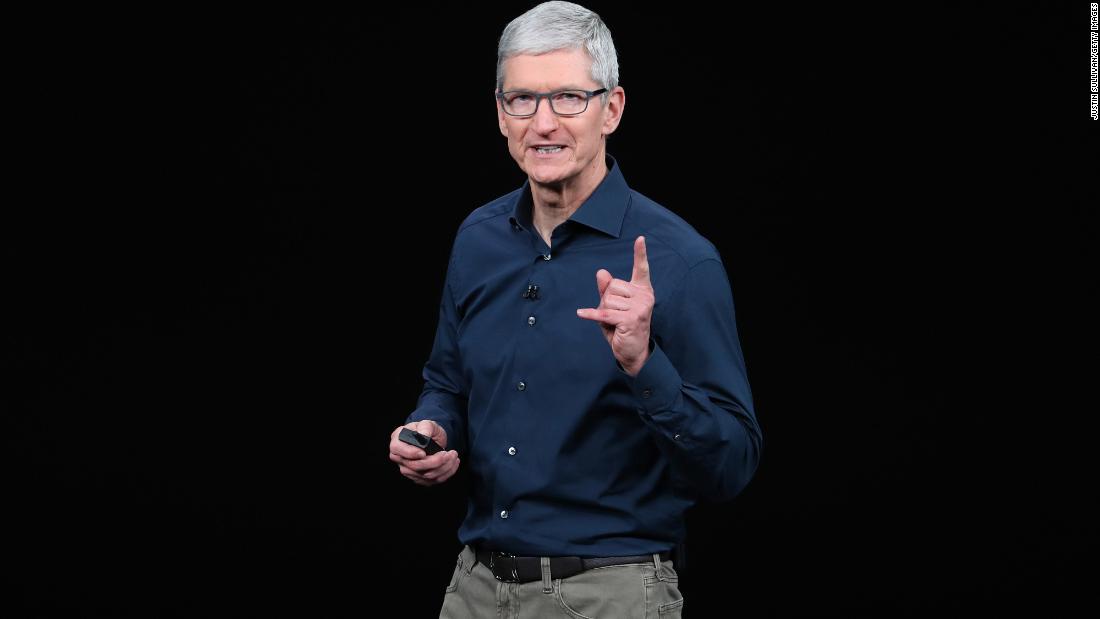 London (CNN Business)1. Great expectations: Shares in Apple (APPL) were poised to drop sharply after the company warned that sales during the holiday quarter would fall short of analyst expectations.

Apple’s third quarter earnings report came with a few more surprises: It said it will stop reporting how many iPhones, iPads and Macs it sells each quarter.
That could be because sales of Apple’s flagship device have flattened. The company sold 46.9 million iPhones during the third quarter, virtually unchanged from a year ago.
The disappointing news could cost the company in another way: It’s in danger of losing its status as the lone trillion-dollar company when trading opens in New York.
2. US jobs report: The Bureau of Labor Statistics will release the October jobs report at 8:30 a.m. ET.
Analysts expect the report to show the labor market has maintained its strong momentum.
Economists polled by Refinitiv estimate that the US economy added 190,000 new jobs in October, despite continued disruption from hurricanes.
A strong jobs number would shore up President Donald Trump’s economic message going into the midterm election, after a month of market turmoil that has mostly erased Wall Street’s gains for the year.
The US economy added 134,000 jobs in September and the unemployment rate fell to 3.7%, the lowest level since December 1969.
3. China deal? Stock markets around the world climbed on optimism about a potential ceasefire in the trade war between the United States and China.
The biggest rises were in Asia. Hong Kong’s Hang Seng Index surged more than 4% while China’s Shanghai Composite and Japan’s Nikkei both jumped about 2.5%.
The positive momentum started after Trump on Thursday talked up the prospects of a deal on trade with Beijing after speaking with Chinese leader Xi Jinping by phone.
Amid the buoyant mood, China’s beaten down currency, the yuan, rose about 0.4% against the dollar. Major European markets gained around 1% in early trading, and US stock futures were up nearly 1%.
Before the Bell newsletter: Key market news. In your inbox. Subscribe now!
4. Earnings and economics: Alibaba (BABA), Chevron (CVX), Cinemark (CNK), Exxon Mobil (XOM), Newell Brands (NWL) and US Cellular (USM) will release earnings before the open.
US oil futures dropped around 0.5% after Bloomberg reported the Trump administration has agreed to let eight countries continue buying Iranian oil even after sanctions kick in next week.
Markets Now newsletter: Get a global markets snapshot every afternoon. Sign up now!
5. Coming this week:
Friday — Chevron (CVX), Exxon (XOM), Newell Brands (NWL), MSG Networks (MSGN), and Seagate Technology (STX) earnings; US jobs report