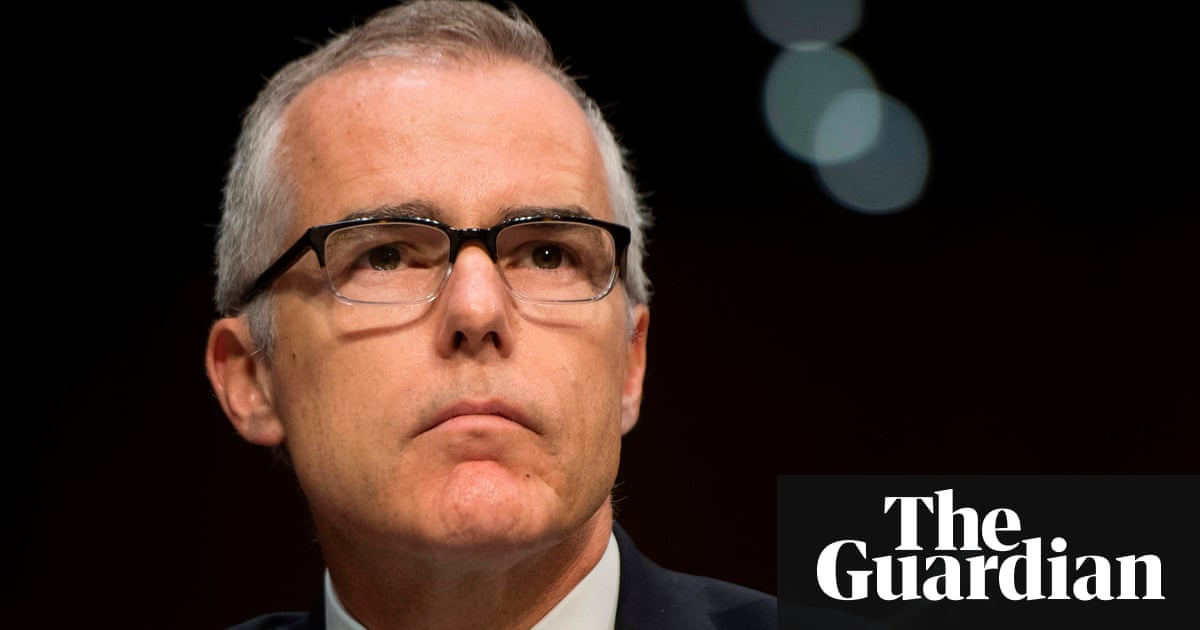 Andrew McCabe, the former FBI deputy director and a frequent target of Donald Trump, has been fired less than two days before he was due to retire. The president said his dismissal was “a great day for democracy”.

In a statement, Sessions said he was terminating McCabe’s employment immediately upon a recommendation from the FBI’s Office of Professional Responsibility (OPR).

Sessions said the review found McCabe allegedly “made an unauthorized disclosure to the news media and lacked candor” during a review of the FBI and justice department’s handling of an investigation into the Clinton Foundation.

“The FBI expects every employee to adhere to the highest standards of honesty, integrity and accountability,” Sessions said. “As the OPR proposal stated, ‘all FBI employees know that lacking candor under oath results in dismissal and that our integrity is our brand’.”

McCabe swiftly pushed back, telling CNN his downfall was the result of “a series of attacks designed to undermine my credibility and my reputation”.

Trump celebrated the dismissal on Twitter, writing: “Andrew McCabe FIRED, a great day for the hard working men and women of the FBI – A great day for Democracy.”

McCabe, who stepped down in January and planned to retire on Sunday, his 50th birthday, when he would qualify for early retirement benefits, suggested his dismissal was part of an effort to undermine the special counsel’s investigation into Russian interference in the US election and potential collusion between Trump aides and Moscow.

McCabe would potentially be a key witness in special counsel Robert Mueller’s inquiry. As the former deputy director of the FBI, he is expected to be in a position to offer details of Trump’s decision to fire the bureau’s former director, James Comey, last year.

In a statement on Friday, McCabe said the administration’s “persistence in this campaign [against Mueller] only highlights the importance of the special counsel’s work”.

McCabe said he had been fired because of the “role I played, the actions I took, and the events I witnessed in the aftermath of the firing of James Comey”.

In an interview with Politico, conducted before his firing and published on Friday, McCabe accused the White House of creating a “counter-narrative” to undermine his credibility should he be called to testify before the special counsel.

“They have every reason to believe that I could end up being a significant witness in whatever the special counsel comes up with, and so they are trying to create this counter-narrative that I am not someone who can be believed or trusted,” McCabe told the website.

“And as someone who has been believed and trusted by really good people for 21 years, it’s just infuriating to me.”

He said he made a concerted effort to bolster the investigation in the six weeks between Sessions’ recusal from the inquiry – over his non-disclosure of contacts with Russians during the Trump campaign – and Mueller’s appointment, in the understanding that his days at the agency were numbered.

“I literally walked into the building every day expecting that I would be removed from my position before the end of the day,” he said. “And if that happened, I didn’t want anyone to be able to just walk away from the work that we had done”.

In his tweet, Trump wrote: “Sanctimonious James Comey was his boss and made McCabe look like a choirboy. He knew all about the lies and corruption going on at the highest levels of the FBI!”

Comey is due to re-enter public life with the publication of a book, entitled A Higher Loyalty, in mid-April.