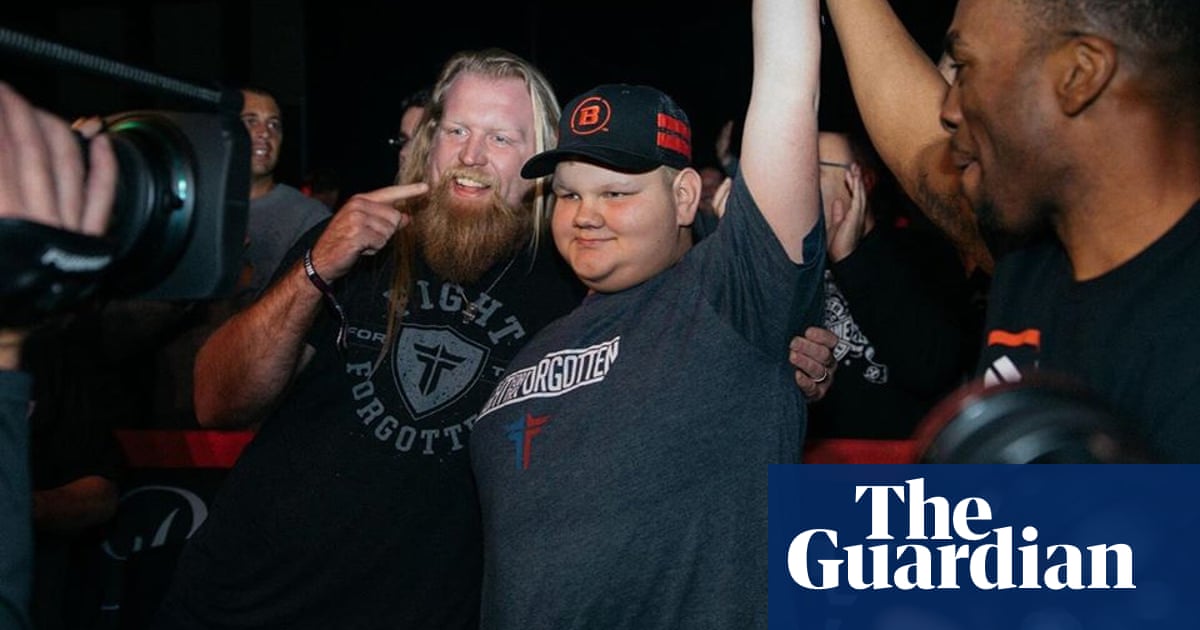 Rayden Overbay winced and arched his back as the boy unloaded punches on him. He stumbled backward against the bathroom stalls looking for some escape, but there were attackers on every side. And behind them onlookers, half a dozen at least, some of them holding up cell phones fixed on an autistic, partially deaf 12-year-old getting the beating of his life. Rayden went home that day with a black eye, a busted lip, a bloody nose and a concussion.

Less than 24 hours later, professional mixed martial artist Justin Wren sat at his kitchen table watching the video, which had been posted to social media by one of the kids who shot it. It was like finding a long-lost home movie in the attic.

At Rayden’s age, Wren had been attacked in the locker room by a bully who had terrorized him for years. He’d been blindsided with the violent crack of a football helmet to the back of his head. It left an egg the size of a baseball and planted a seedling of doubt that his life might not be worth living anymore.

“I remember people laughing at me,” Wren told the Guardian. “No one spoke up or stepped in. I remember the bully walking away. Nothing happened to him. Just like Rayden.”

There was a reason an acquaintance sent the video to Wren – and not because they wanted the former UFC fighter to show Rayden some moves to defend himself. Wren is actually in the business of fighting for people. He started the Fight for the Forgotten foundation in 2011 at the age of 24 to combat the plight of the Mbuti Pygmies in the Democratic Republic of Congo, who were enslaved and even cannibalized by rival tribes. Today, Fight for the Forgotten has raised over a million dollars, funding 62 clean water wells and the purchase of 3,015 acres of land for dozens of displaced Pygmy tribes in multiple countries.

In 2014, Wren began fighting for Bellator MMA, using his platform for the Pygmies and donating his purses to the cause. But his humanitarian work has put a strain on his health. He’s survived black water fever, dengue fever and malaria three times, but has had physical complications ever since. Three years ago, he was diagnosed with post-traumatic stress disorder. He still has nightmares of sickly infants dying in his arms.

Still, Wren’s sense of justice remains. As he watched Rayden’s video in astonishment, he realized he could be that person he wished he’d had as a kid for Rayden.

Two days after Rayden’s attack, he and his family were eating dinner with Wren at his office 20 minutes away from the boy’s Oklahoma school. They had Chick-fil-A, a treat for the family, who live in a trailer park. Rayden’s father, Danny, works as a manager at a fast food restaurant, and money has been so tight that the boys have lived with their grandparents in another trailer down the row for the last year.

Rayden has been bullied by his classmates since the age of nine, but the last year had been especially trying for the seventh grader when he gained 110lbs from his diabetes medication and began wearing a hearing aid. When school officials found Rayden after the bathroom incident, he’d scribbled “I WANT TO KILL MYSELF” down the length of his forearm with a marker. Wren had contemplated suicide in his teens before he transferred schools, took up wrestling and became a national champion.

“Rayden, it’s OK to not be OK, but it doesn’t have to stay this way,” Wren told Rayden as they ate together that first time. “If you’ll allow me, I want to be your friend.”

The hashtag #StandWithRayden quickly gained traction on social media and Wren encouraged followers to send Rayden video messages so he knew he was not alone. The MMA community came out in force, as did pro wrestlers such as WWE legend Mick Foley. Other celebrities, including Terry Crews and Sarah Silverman, would follow.

The next week, Rayden watched from the sidelines as the University of Oklahoma football team inched out Iowa State 42-41. Oklahoma quarterback Jalen Hurts gave Rayden a stern message as he signed the game ball for him afterward.

“If there’s anyone bothering you, talking to you, just let me know,” Hurts said, glancing up into Rayden’s eyes. Hurts waved his arm across the locker room. “There’s a whole squad behind you now.”

That Monday, the bullying video had over 10m views. #StandWithRayden had rippled outside the sports community into Hollywood. AJ Buckley, star of the TV show Seal Team, helmed a trip for Rayden, his parents, and his nine-year-old brother Brock to the set of the show in Los Angeles. There, Rayden was presented with the Navy Seal Trident insignia gifted from former Seal member Jack Carr’s own uniform.

The next morning in Malibu, Rayden felt the crunch of sand between his toes and heard the roar of the Pacific Ocean for the very first time. He loved the ocean immediately, but was too afraid to get in the water for a private lesson that had been organized for him by surfing legends Kelly Slater and Laird Hamilton.

“We are your friends,” his patient instructors told him. “We want to share with you how healing the ocean can be.” An hour later, Rayden couldn’t be pulled from the water.

On their last day in Los Angeles, the Teddy Atlas Foundation paid for the clan to go to Disneyland. Rayden and Brock ogled the robots, spaceships, smoke and lasers during their personal Star Wars tour.

“Hey, I found your twin brother,” Rayden blurted out while he took a picture with Chewbacca, pointing directly at Wren. It was a rare moment where Rayden could fully express himself – a moment two months in the making.

In addition to a GoFundMe campaign for Rayden’s medical costs and future counseling, businesses have donated clothing, sneakers, food and mattresses to the Overbay family. Video messages continue to fly into Rayden’s inbox every day from places as far away as India. He’s even gotten fan mail.

“Rayden is not the same kid he was two months ago,” said Wren. “To see him come out of his shell with the athletes and then the actors in Los Angeles – it was like a butterfly spreading his wings. To all the people who contributed to this, you’ve helped change the way a beaten-down boy looked at the world. That is truly special.”