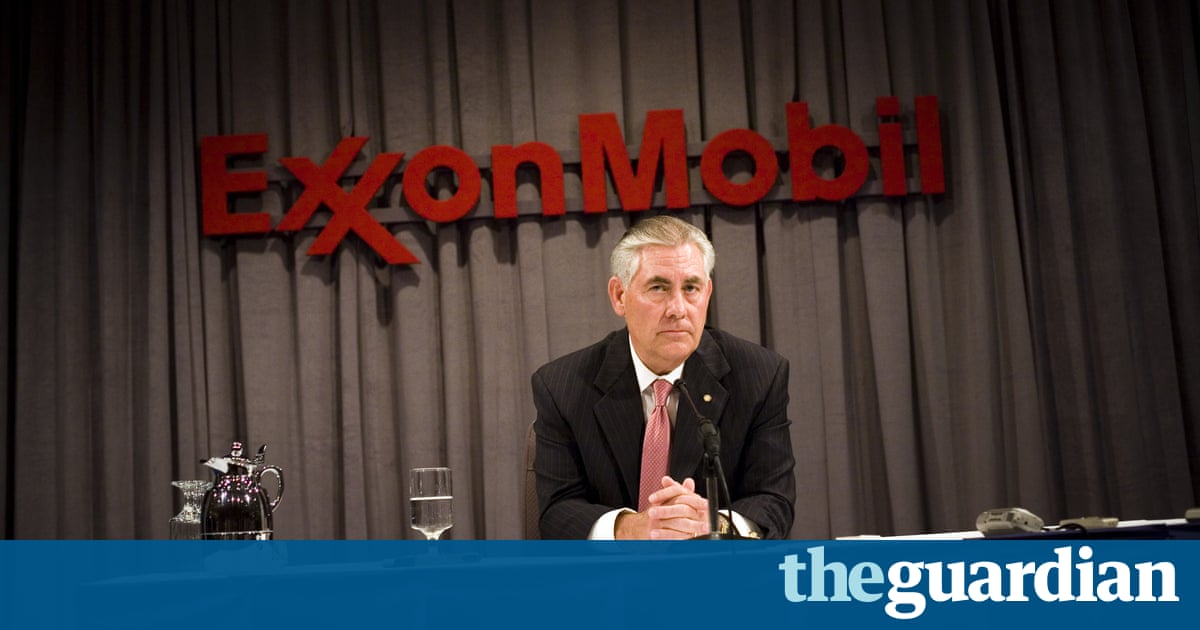 Environmental groups have called Donald Trumps choice of Rex Tillerson as secretary of state unfathomable and an epic mistake and accused the president-elect of creating a government of, by, and for the oil and gas industry.

Trump announced his nomination of the 64-year-old outgoingExxonMobil CEO on Tuesday. If confirmed as the nations top diplomat, Tillerson would have a key role in international climate talks, and his ties to the oil industry and his work with oil giant ExxonMobil over the past 41 years have left environmentalists worried.

As a leader of an environmental organization Im concerned about someone with Rex Tillersons record being put in charge of our foreign policy, Michael Brune, executive director of the Sierra Club, said in a phone interview.

A thorough review of ExxonMobils operations in Indonesia to the United States shows that the companys drilling and fracking and refining operations have had a very serious impact on the environmental health, on local populations, and in many cases their human rights as well, he claimed.The companys security forces were accused by villagers in Indonesia of murder and torture between 1999 and 2001, a period when Tillerson held senior positions at Exxon but before he became CEO. In 2011, Exxon called the accusations baseless.