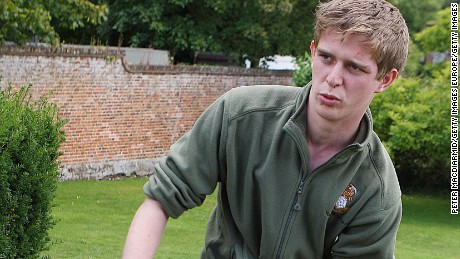 ( CNN) A British soldier who had his leg blown off by a bomb while serving in Iraq has taken the internet by cyclone after his Facebook post attacking Islamophobia ran viral.

Chris Herbert, who served in the British Army in Basra, Iraq, lost his right leg when a bomb went off next to his Land Rover in 2007.

One of his comrades, Private Luke Simpson, died in the attack, while two other soldiers were also injured.

Herbert, who was 19 where reference is suffered the life-changing injury, took to Facebook after complaining that he was “getting frustrated” with people expecting him to be racist after losing his leg.

He told those holding the entire Muslim faith responsible for terrorism to: “Get a grip of your lives, hug your family and get back to work.”

Donald Trump: ‘I have to do what’s right’