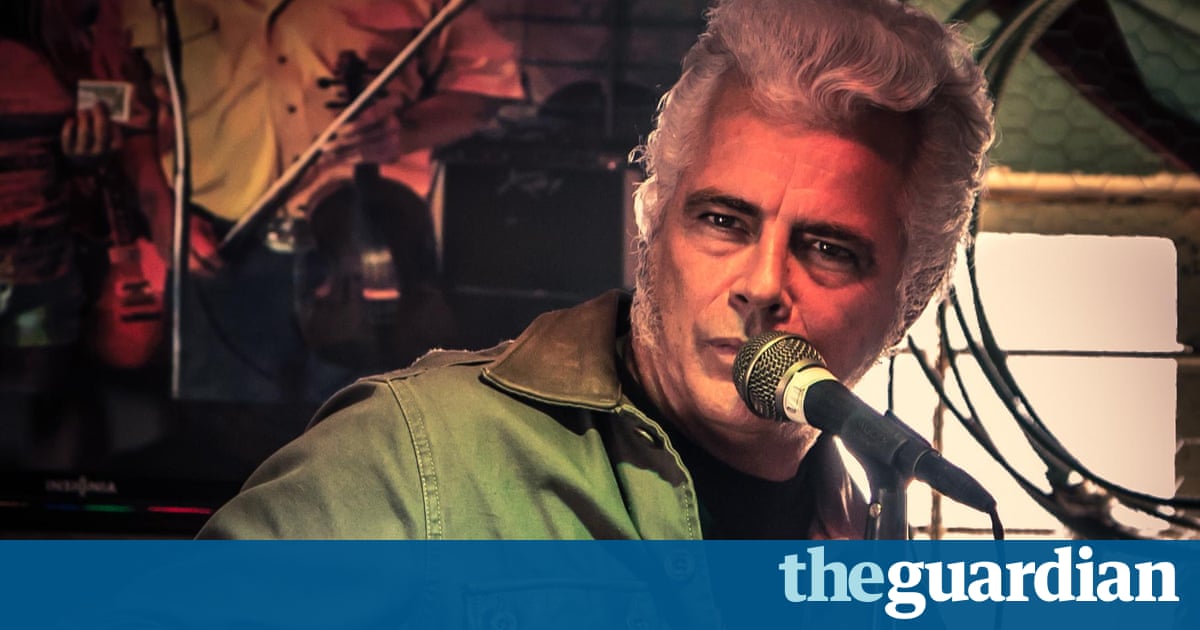 Dale Watson is a torch carrier for American roots music. He prefers the term Ameripolitan in an effort to draw the line between the singer-songwriters and bands that fall outside the star-driven pop machine of Music Row in Nashville.

Indeed, you would be hard-pressed to hear Watsons brand of country on contemporary terrestrial radio. His style shines with the basics pedal steel guitar, upright bass, a rock steady beat, his Telecaster and steely baritone that hark back to an early era when Merle Haggard and Johnny Cash ruled. But Watson is not a retro act; his songs have wit and substance and they are lean, with no elaborations needed.

Watson has gone further than most in promoting American roots music ever since his debut record in 1995. The Ameripolitan Music awards are now held each year in Austin, Texas, his hometown. Locals can catch him playing three-hour sets each week at the Big T Roadhouse, a honkytonk outside San Antonio that is the site of the infamous Chicken Shit Bingo competition. Youll be able to see the real thing when Watson brings the game on the road through the early fall across North America. (He is playing in the UK on 13 August.) If you cant make a date, a new album, Live at the Big T Roadhouse is a good substitute.

Youve been hosting Chicken Shit Bingo since 2000 and now youre bringing it on the road with this tour. What makes it such a hit?

Just the old country vibe of it, its good clean fun. When we first started it, Peta came out but we got the longest living and probably the only chickens in the US who have their own vet. I think they were pretty satisfied with the fact that its all in fun and were not making chicken doing anything it dont normally do [In a game of Chicken Shit Bingo, a $2 donation gets you a numbered ticket that corresponds to a number on the table. Once all the tickets are gone, a chicken is released on the table. The first number the chicken drops its excrement on wins and the ticketholder gets all the cash]. We thought maybe it would go maybe a month. We didnt think it would be such an amazing hit that it was.

Where did the idea come from?

I seen it in Bellflower, California, back in the 80s when I was doing a house gig. Back there they did it illegally. They locked the doors and only let people in they knew and the house took a cut. Whenever the house takes a cut thats when its gambling. We dont do that. The money goes to one person.

Why make it a tour?

If you take music on the road you might as well take the Texas experience on the road too. Its all in fun, just having a little bit of our southern heritage out there.

You dont call yourself a country musician because you feel the term is corrupted. When did you make that decision?

Whenever I was told what I was doing was too country. This is back in the late 80s and early 90s. So by that point, I realized if I was going to be happy, Ive got to do what I do and, whether right or wrong, just go with that and dont compromise. Because I found out any kind of compromise with Nashville was like putting your head on a platter. Theres no respect for it. I would rather fight for something I believe in than do something I dont.

To me, you sound like the embodiment of country music.

If you go by the current definition, I dont fit that. That was the hardest thing for me to accept. When Id go get a haircut somewhere on the road, people would ask, What kind of music do you play? and Id say country and theyd go, Oh, I love Taylor Swift and Kenny Chesney. Its so far off the mark. Thats why I went for Ameripolitan. I tell them Ameripolitan is new music but its got roots in it, things like Hank Williams, Johnny Cash, Bob Wills. And then the light goes on.

Its funny because Johnny Cash and Hank Williams are not exactly obscure names.

Yes and no. Because of [the 2005 biopic Walk the Line] everybody knows who Johnny Cash is. But not a lot of people know who Merle Haggard is or Hank Williams. So its an easy starting point for me to tell people about my roots. Oddly enough, what used to be called country music is probably more popular with urbanites and city folks than it is for the guys out there on the tractors. Because most of them are in their air-conditioned tractors listening to Snoop Dogg. Thats not a slight but statistically its more accurate.

Niche no longer means marginal, especially now where everything is niche.

Youre absolutely right. The internet killed the sales of music, but it also saved the roots. Because people who are into banjo-mandolin-electric-synthesizer music can just Google that and theyll find it.

I imagine the internet has been good to you.

Oh absolutely, Im able to do music I want to do and and were able to tour on it and crowds have been great. Im making a living. Thats all I wanted anyway. I didnt care about being on the charts or anything. It never was my intention.

You are on the road the majority of the year. When do you find time to write songs?

I only write when inspired. Most of the stuff thats on my albums nowadays are things I wrote while driving. Ive sat in rooms and tried to write with other people but its never been a fun experience. Thats probably what it boils down to. I only have one rule: have fun. And as easy as that sounds, were in a hard business. Touring is hard, the hours are tough. Someone once said the average person who is self-employed works 80 hours a week so he doesnt work 40, which is true. It was Thomas Jefferson who said, find something you love and youll never work a day in your life. We get paid to load our equipment and set it up and tear it down. But the music we do for free.

Because theyre about the modern cowboy. Theyre by themselves in their trucks going across the country alone. Also, the songs romanticized the road. Ive actually had a lot of kids come up to me saying, I got into trucking because of your album and they follow up with, Im not going to kick your ass but your songs made it sound a lot better!

Many of country musics elders are now passing. Is the music encouraging younger people to continue the tradition?

I see a lot of hope on the horizon. If you asked me this six years ago, I probably would have had more of a bitter outlook. A lot of older guys I talked with back then, youd think it was all doom and gloom. All you heard them say was nothing is getting better. But it was because the people who were opening up for Merle Haggard, Willie Nelson, Johnny Cash and Ray Price were the new country people. So Taylor Swift is opening up for them and theyre thinking, Jesus Christ, is this where its going?

In my touring Im constantly coming across people who make me feel good about the state of roots music. The thing I am stressing with Ameripolitan is that it has to be original. There are friends of mine who have done records and all they have on them are songs that people like Ray Price or Johnny Bush or Merle recorded in the 70s. I say, Guys these are great songs. But if were going to keep this growing, you have to bring something new to the table. You cant just re-record an Elvis song and say youre doing it your way.

If you are doing your own stuff its impossible for somebody to call it retro. It may remind someone of the roots and thats OK. Each time you do that, its an extension of the roots. Thats called growth. I do hear so much out there that makes me happy. And theyre touring. I like the fact theyre spreading the word.