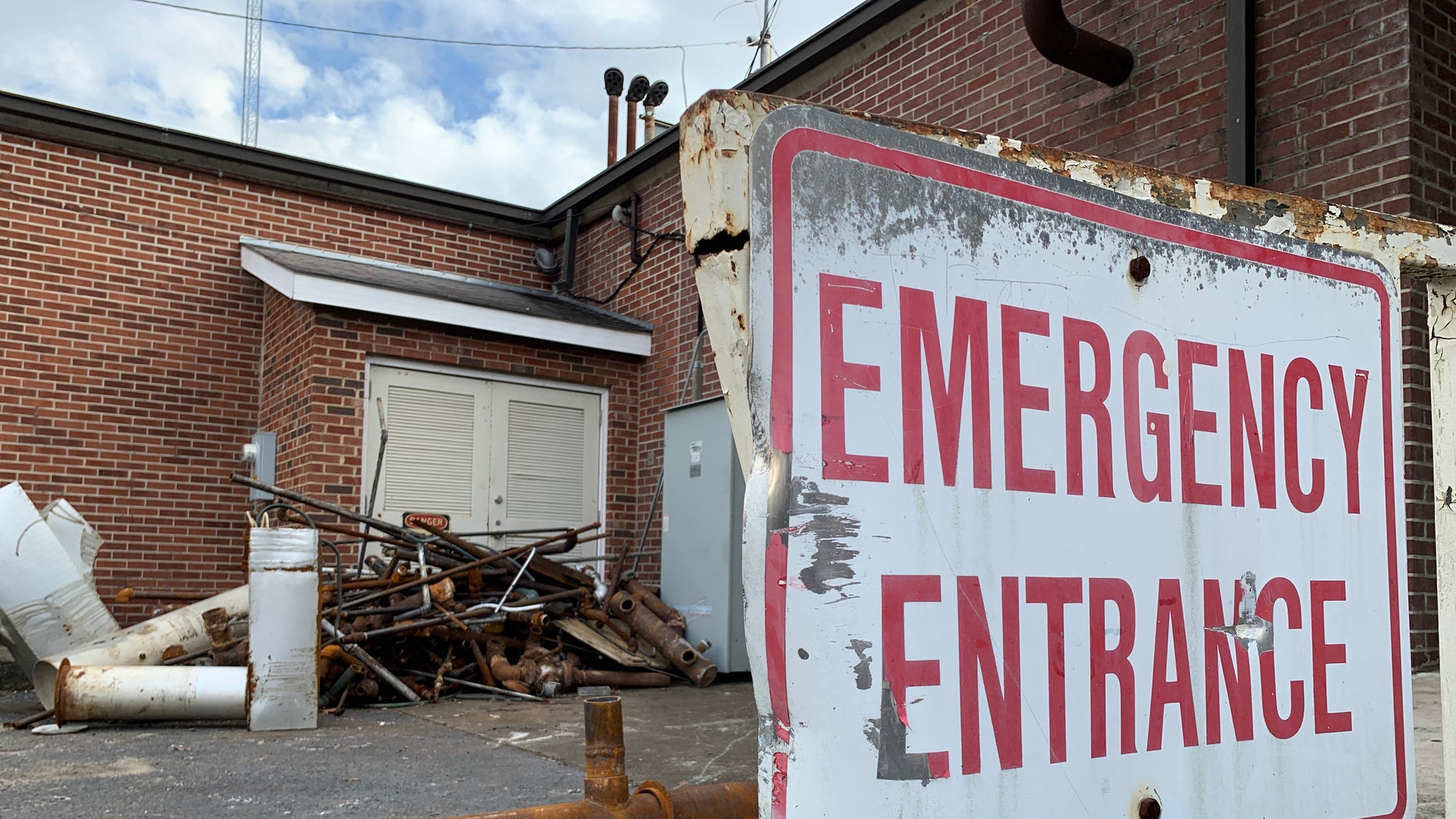 Twenty percent of the U.S. population lives in rural America, where more than 100 hospitals have closed since 2010 and another 430 are at risk of shutting their doors, according to the National Bureau of Economic Research. (Fox News/Allie Raffa)

MELCHER-DALLAS, Iowa – When Spenser Miller lost a finger in a work accident at 21 years old, he was driven 10 minutes away to a local hospital where he was treated for three hours before being transported to a nearby specialist in Omaha, Neb., for surgery to reattach his finger.

A year later, he opted to have the finger removed after physical therapy wasn’t improving his muscle control, but he remains grateful to this day for that local hospital and its initial care.

But times have changed since Miller’s accident a decade ago, with rural hospitals now shuttering at a rapid clip. Since 2010, more than 100 rural hospitals have closed, with another 430 at risk of shutting their doors, according to the National Bureau of Economic Research. This poses a huge challenge — and danger — for the 20 percent of the population living in rural America.

As the crisis worsens, it has started to generate increased attention on the campaign trail. Presidential candidates are now talking about the rural hospital shortage on a regular basis, unlike past cycles, as they court voters in critical states like Iowa where the thinning medical infrastructure is an everyday reality.

Voters in rural Iowa say health care access is one of their top concerns and will play a role in deciding who to vote for in the Feb. 3 caucuses. Most of the major Democratic primary candidates have outlined plans to tackle the crisis, with many in favor of expanding “telehealth” services — essentially doctor’s appointments via video chat, and increasing reimbursement rates for rural hospitals. 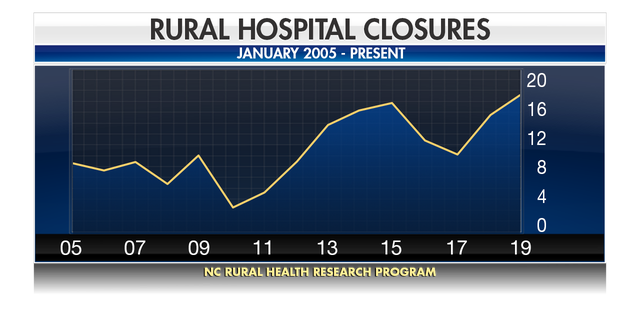 According to the UNC Sheps Center for Health Services Research, a total of 161 rural hospitals have closed their doors since 2005.  (Fox News)

For his part, Miller now lives in a suburb of Des Moines and said close access to reliable health care was a major factor in his decision to move.

Laurie Goff, a Melcher-Dallas native and nurse practitioner, told Fox News the alarming rate of closures has life-or-death implications for rural communities. She treats injuries above her pay grade every day in the clinic she opened 13 years ago in her hometown of almost 1,300 people.

“I see everything from regular things to the more rare cases. Colds, diabetes, the full gamut. I’ve had a couple heart attacks walk in the door,” she said. “There was another provider that would come here from Knoxville, which is a town about 20 miles from here…one day a week to see patients on that day. Other than that, there was no medical care on other days of the week or no kind of options. “

There are no highly trained specialists here, not even an OB-GYN. In fact, nearly three dozen Iowa hospitals have stopped delivering babies in the past 20 years, leaving the Hawkeye State 50th out of 50 states for obstetricians per population.

RURAL AMERICA HAS TO DRIVE LONG DISTANCES FOR EMERGENCY CARE

Instead, Goff has to be flexible for residents who can’t drive the hour on average it takes to get to a major hospital from the town. That drive time more than doubles for patients needing specialized care for critical cases like burns and brain surgeries.

“So, they may not go,” Goff explained. “They may put off medications and getting their chronic illnesses taken care of…then they just kind of ‘Band Aid’ things along until the next thing happens and then two or three things are really flared up at that point because we weren’t able to get them to health care access sooner.”

According to the University of North Carolina Rural Health Research Program, rural populations saw mortality rates rise 5.9 percent after a hospital closure, and 46 percent of rural hospitals currently operate at a loss, compared with 40 percent in 2017. 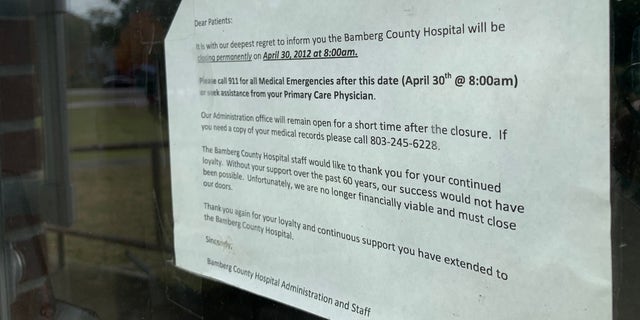 And as hospitals board up their doors, communities crumble.

Serving as anchors of some towns, hospital closures are causing a ripple effect across the country; student numbers in rural schools decrease and businesses like flower shops, pharmacies, hotels and restaurants struggle, leading to higher unemployment numbers and a drop in average income in rural towns.

Causes to the crisis are disputed — some blame decreasing populations in small towns, while others point the finger at low Medicaid reimbursement rates not allowing hospitals to break even.

Before Medicaid expanded under the Affordable Care Act, hospitals still treated uninsured patients and were never paid for the care provided. The expansion largely benefited rural hospitals, but these benefits were not felt in states that opted not to expand the program.

At least 180 of the 430 hospitals under threat of closing, according to a study by the consultancy firm Navigant, are in the 14 states with governments that refused to expand Medicaid. 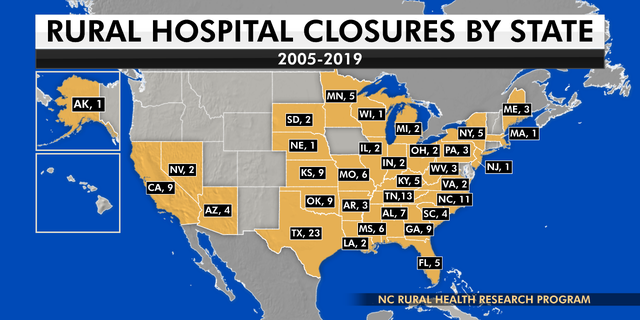 Texas leads the nation in rural hospital closures. In 1960, Texas had 300 rural hospitals and now has 158 hospitals serving more than 3 million Texans who reside in rural counties. (Fox News)

On the campaign trail, Sens. Bernie Sanders, I-Vt., and Elizabeth Warren, D-Mass., have promised to set aside billions to improve care in rural communities along with their controversial “Medicare-for-all” proposal.

It’s unclear, however, whether this would alleviate the problem.

Though the NRHA has not formally come out against “Medicare-for-all,” Morgan is skeptical of the proposal.

“I think it’s important that we separate the Medicare-for-all discussion … from the other provisions that are being promoted by the presidential candidates,” he said. “The Medicare-for-all proposal just isn’t detailed enough to know the actual impact that would have on rural communities.”

Iowa’s rural health care facilities long have faced challenges due to Medicare reimbursement rates. A study by Texas A&M University’s Rural & Community Health Institute predicted a greater risk of closure, due to projected loss in revenue, for many of Iowa’s rural hospitals if the government plan expanded.

This possible risk has been highlighted by candidates like former Vice President Joe Biden, who is in favor of building on ObamaCare and preserving Americans’ ability to choose private insurance so “hospitals won’t be threatened by having to get by on low Medicare reimbursement rates for all,” according to his plan. Biden would also expand the U.S. Department of Agriculture’s grant funding to emphasize telehealth “for mental health and specialty care” and the former VP is the only candidate to specifically endorse the NRHA-backed “Save Rural Hospitals Act” in his platform.

Only 9 percent of primary care physicians practice in rural areas and, according to the Health Resources and Services Administration, rural parts of the U.S. need an additional 4,022 doctors to close their coverage gaps.

To address the worker shortage, most candidates have pledged to incentivize medical professionals through service and loan forgiveness programs.

Both Klobuchar and South Bend, Ind., Mayor Pete Buttigieg are calling for the expansion of the “Conrad 30” program, which allows immigrant doctors practicing in underserved areas to remain in the country, and Buttigieg also wants to double funding for the Federal Communications Commission’s “Rural Health Care Program” subsidies and the passage of the “Rural MOMS Act”.

Morgan says there is no one-size-fits-all approach to tackling this problem.

“Each rural community is unique, and what they need from a health care standpoint is unique as well so any type of federal proposals have to be flexible in nature and recognize the diversity which is rural America,” he said. 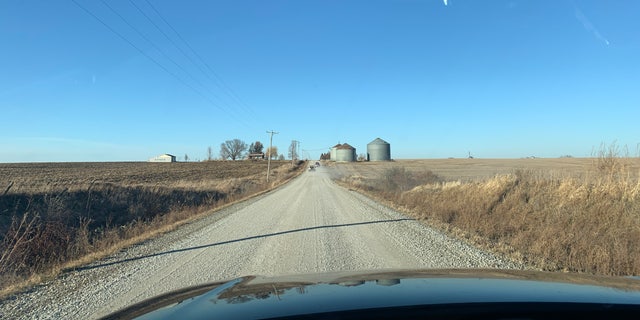 According to the Pew Research Center, people in rural areas on average have to travel more than twice the distance than people in urban areas to get emergency care.  (Fox News/Allie Raffa)

But as an Iowa voter, Miller says he’d like to see less talking and more action from the candidates.

“People focus a lot on the big cities, they don’t actually get out and see what life is like in the rural communities and what’s going on what’s available for options…a lot of people have never had to experience driving an hour just to go to the doctor,” he said. “People just need to be educated and shown what is actually happening. At least once people see what’s happening, I think more will be done to help.”

Allie Raffa joined Fox News in 2016 and currently serves a multimedia reporter based in Tampa, Florida. 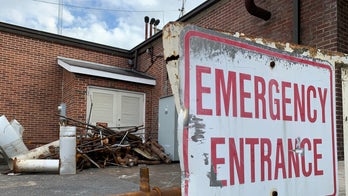