Beth Macys bestselling book tells the story of two African American brothers with albinism who were kidnapped and forced to perform in a 1920s circus. What can their story teach us about racism in the US today? 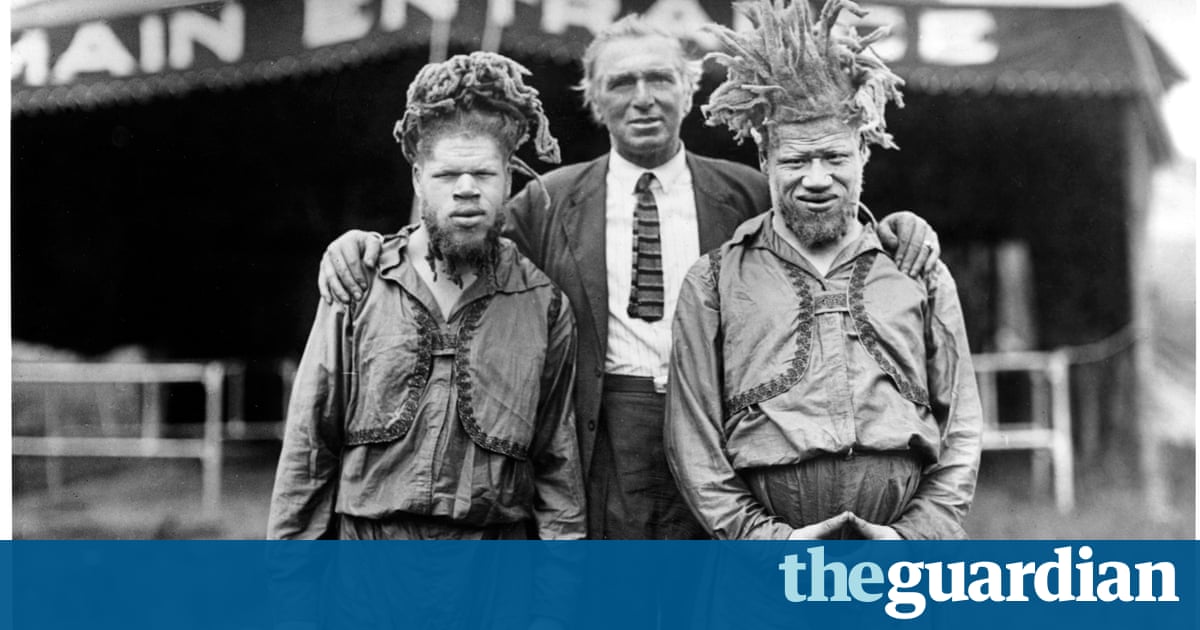 In October 1927, the circus came to Roanoke, Virginia. It was a vast affair. There were four locomotives, 100 railcars, 1,600 people, five rings, six stages, elephants and high-wire acts. Among the attractions arriving in town were two albino African-American men called George and Willie Muse, famous across the United States as Eko and Iko, the sheepheaded cannibals from Ecuador. But the Muse brothers werent from Ecuador: on that day, as their train pulled up, George and Willie were coming home.

Ringling Brothers circus pitched its tents on Roanoke fairgrounds where, a year before, thousands had attended a Ku Klux Klan rally, its leaders declaring then that their organisation was simply to keep the states under control of white native Protestants. The 13th amendment to the US constitution abolished slavery in 1865, but in the 1920s the south was at the height of Jim Crow segregation laws. There was scarcely a white man in the south who did not honestly regard emancipation as a crime and its practical nullification as a duty, wrote African American sociologist WEB Du Bois.

That duty was fulfilled thanks to a racist criminal justice system (Roanokes chief prosecutor at the time, for instance, was founder of the citys KKK chapter) and to a sharecropping system called Reconstruction that kept black tenant farmers, many former slaves, in debt and beholden to their landlords. As a result, supposedly liberated African Americans were poor, in effect disenfranchised, often uneducated, and much more likely than white people to be in jail. The result was slavery by another name.

Eko and Iko were, writes Roanoke-based journalist Beth Macy in her new book about the brothers extraordinary lives, perfect freakshow acts to captivate white punters jaded by the usual fare of bearded ladies, tattooed men, giants and dwarves. Circusgoers were used to seeing black men posing as wild men in cages, where they would pretend to subsist on raw meat and bit the heads off chickens and snakes. Eko and Iko offered something different, if no less racist. They were unique, writes Macy. They were good musicians. And they dressed in finery with red sashes and tuxedos the outfit topped off by that explosive, anachronistic hair. They were far more interesting than they were grotesque.