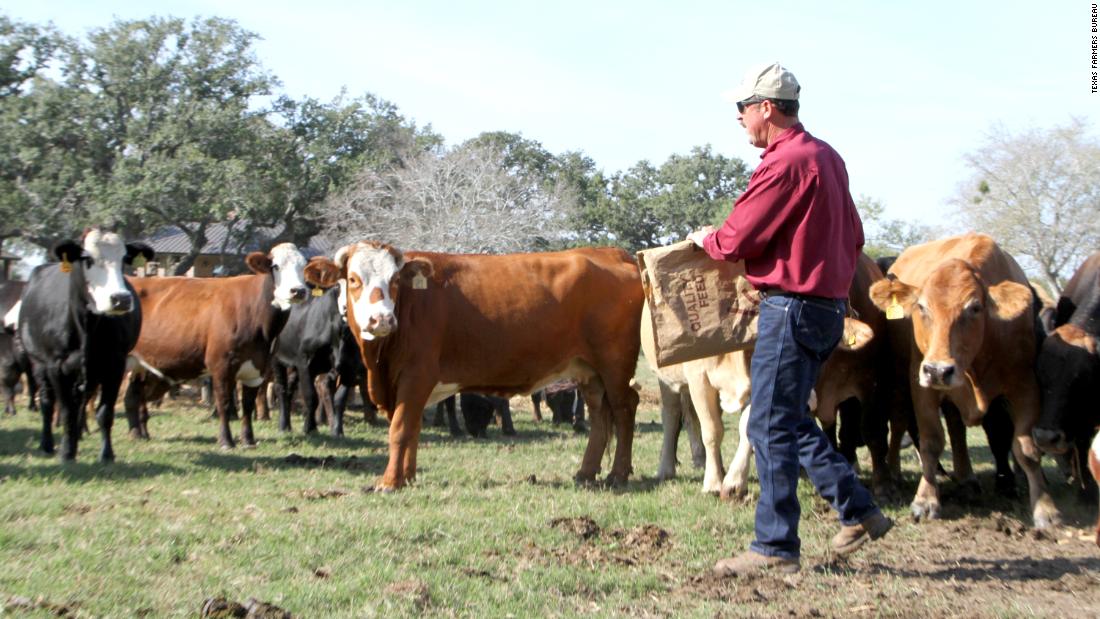 (CNN)Trade deficits aren’t a concern for America’s farmers … but you wouldn’t know it from what President Donald Trump has been saying.

Trump, however, has repeatedly said that American farmers are suffering under bad trade deals with other countries. His solution to help them and other industries? Slap tariffs on imports, which has prompted other countries to retaliate by doing the same to American products.
China has since added a 25% tariff to soybeans, on top of the existing 3% levy. Its tariffs on pork are now 70%, rather than the previous 20%, said Veronica Nigh, an economist with the American Farm Bureau Federation, an industry group.
Trump’s moves are threatening to disrupt the industry’s trade balance. Prices are falling, and exports are dropping, experts say. Other countries are looking to move in on American farmers’ turf.
“We’ve run a trade surplus in agriculture,” said Thomas Hertel, a professor of agricultural economics at Purdue University. “Any tariffs levied against us in agriculture will imperil that. It’s making the US less competitive.” 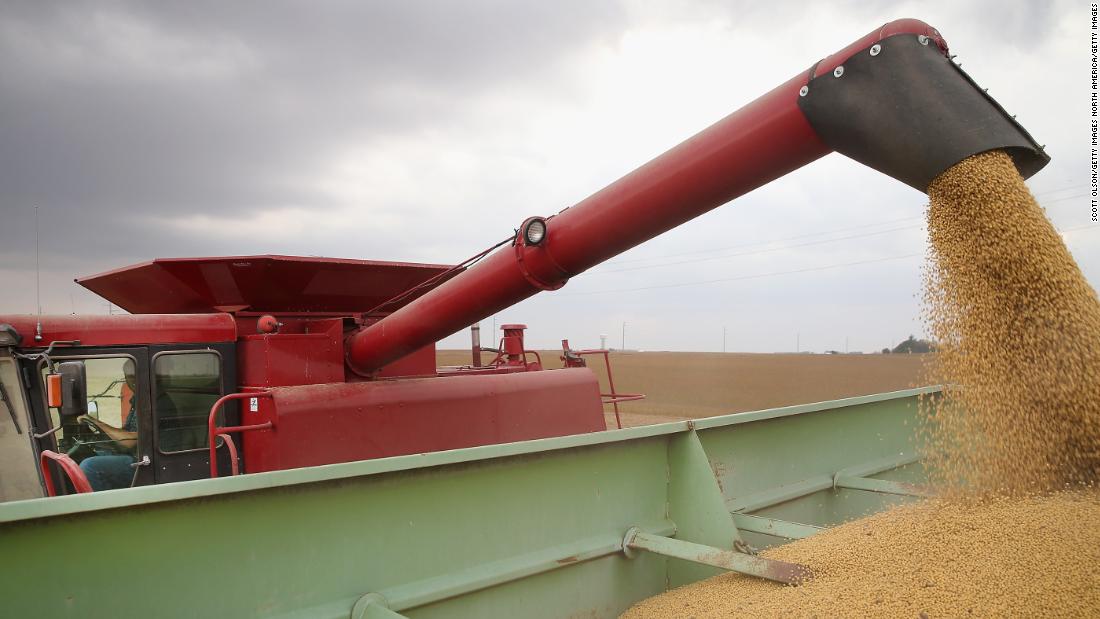 The upheaval among farmers and ranchers — who are among Trump’s supporters — led the administration to unveil a $12 billion aid package Tuesday. It will send payments to certain producers and purchase surplus commodities for distribution to food banks and other nutrition programs.
Many farmers and their supporters on Capitol Hill, however, say they want trade, not aid. The sector’s reliance on trade is much higher than other industries, Nigh said.
The United States is actually the world’s top exporter of food and agricultural products, according to the Department of Agriculture. Some 70% of cotton and tree nuts grown here are sold to other countries, as are 50% of the wheat, rice and soybeans. Beef and pork are also among the nation’s largest exports. 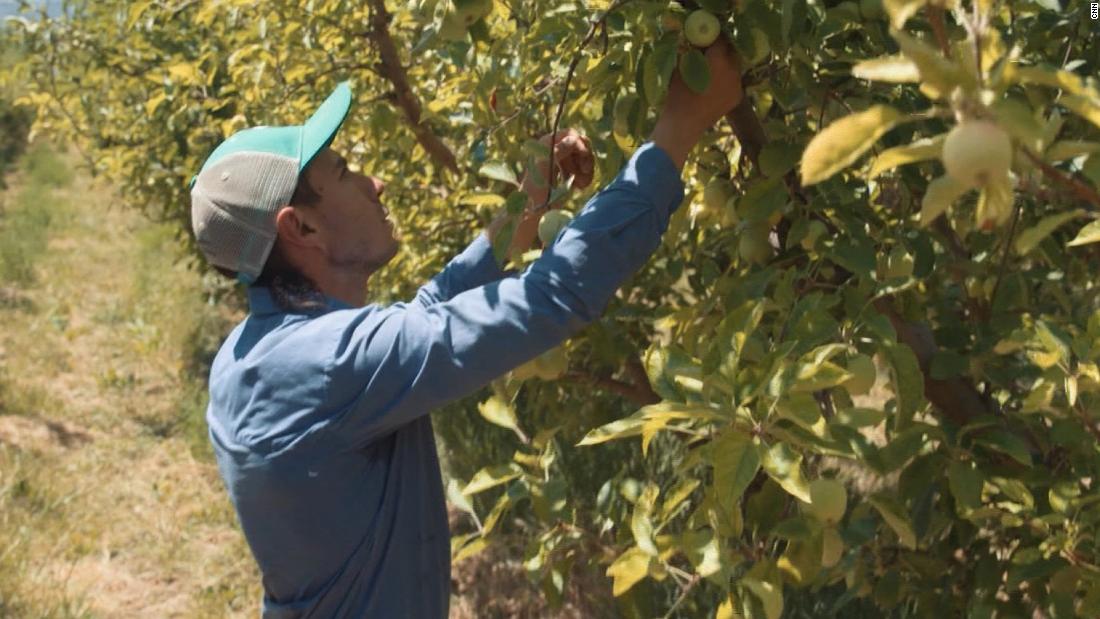 Once US farmers bow out of a market, other countries rush in. Already, Brazil is boosting its soybean exports to China. And once new trade partnerships are established, it may be tough for American farmers to return, said Steven Kyle, an agricultural economist at Cornell University’s Dyson School of Applied Economics and Management.
Trade is very important to Russell Boening, who joined his father’s farm near Floresville, Texas, in 1981. He grows corn, grain sorghum, cotton, wheat and watermelon and runs a beef cattle and 500-cow dairy operation. He typically exports about half of the grain sorghum, mostly to China, as well as a large share of the cotton. Trade has also helped him indirectly by keeping the prices of other products up.
Trump’s recent trade feud with China, however, prompted prices of grain sorghum to plummet 25%. Now, most of his crop that would have been on boats is sitting in storage facilities. He’s hoping prices will rise in coming months, especially since storing his products is costing him money too. 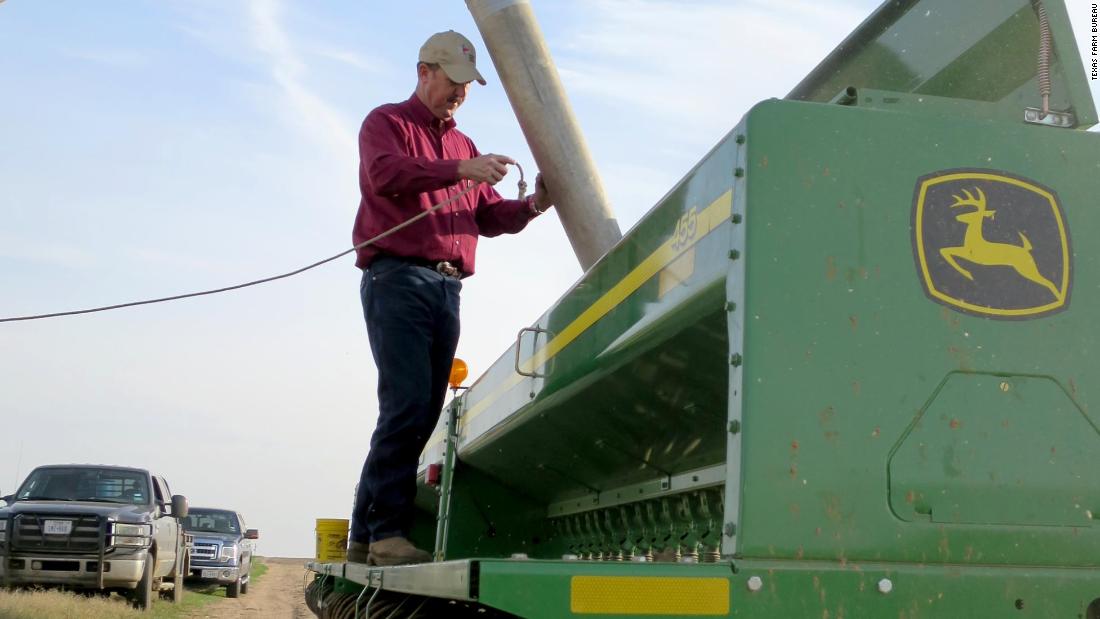 “It’s going to cause [us] hardship,” Boening said, adding he may have to put off purchasing some new equipment. Since his farm is established, he feels he can weather it better than some newer operators who may have more debt. But he fears he’ll have to make more cutbacks if the tariff wars continue.
The five top markets for American agricultural goods are Canada, China, Mexico, Japan and the European Union. The US runs trade deficits with Canada, Mexico and the EU when it comes to farm products, but it exports about five times what it imports from China and about 18 times what it buys from Japan, according to the Department of Agriculture.