At five months pregnant, Ariel Levy lost her baby. After four more years of IVF, had she left motherhood too late? 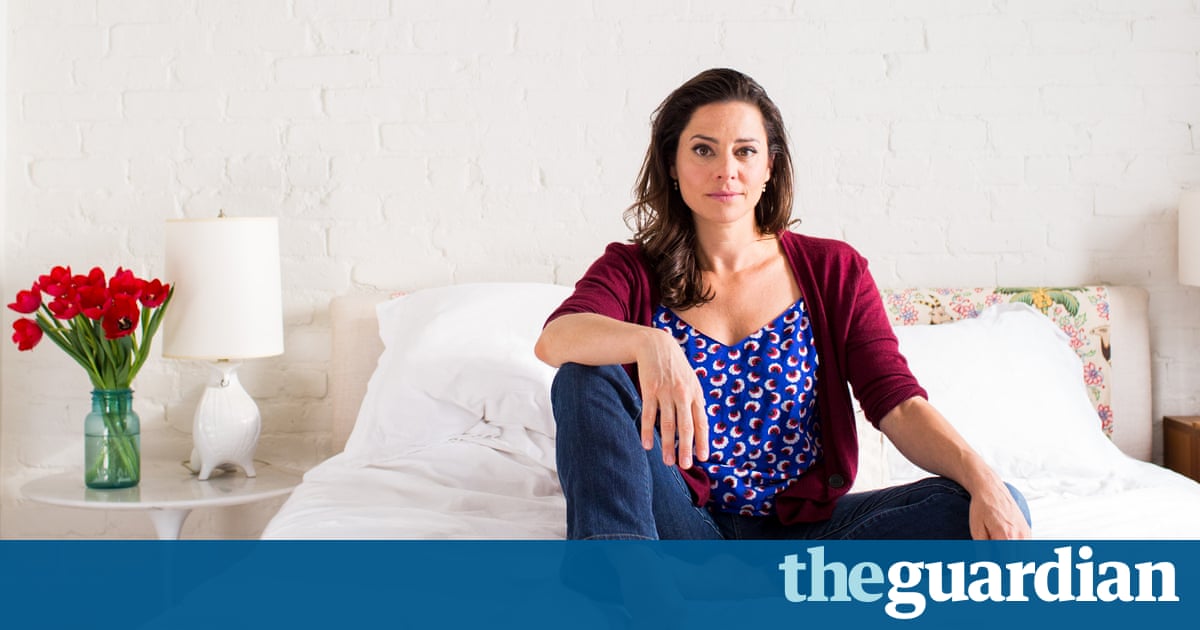 I first met Ariel Levy in 2009, soon after moving from London to New York, but I had been a fan for more than a decade. Her frank articles about pop culture and sex, which she wrote in her first job at New York magazine from the late 1990s, provided the template of what I wanted to write one day. Her 2005 book, Female Chauvinist Pigs, a blistering look at how young women were being sold the lie that emulating pole dancers and Paris Hilton was empowering, became one of the defining feminist statements of that decade. At the New Yorker, where she has been a staff writer since 2008, she breaks up the magazines occasional aridity with vivid articles about sexuality and gender. (She got her job when she told editor David Remnick that, If aliens had only the New Yorker to go by, they would conclude that human beings didnt care that much about sex, which they actually do.)

Heroes rarely live up to your fantasies, but Levy exceeded them. Usually wed go out for drinks cocktails that knocked me sideways, but barely seemed to touch her sides and from the start she struck me as being just like her writing: laid-back, wise, curious, kind. Sometimes Levys wife, Lucy, would join us. Isnt she hilarious? Levy would say after Lucy had said something that wasnt, actually, all that funny, but I envied them their mutual devotion after almost a decade together. I, by contrast, was lonely and, like generations of single women in their mid-30s before me, starting to panic. But like a lot of women of my particular generation, I felt ashamed of this. Panicking about not having a baby? How retrograde. So I never admitted any of it to Levy, who seemed more likely to eat her own hair than indulge in such uncool, unfeminist thoughts.

I left New York in 2012 and, despite my doomy fears, had twins when I was 37. Levy and I stayed in touch by email, and although her messages became shorter and more distant, I assumed everything was fine, because she was Ari. But in 2013, I opened the New Yorker and learned that it was not.

When we meet for brunch on a cold Saturday in February, it has been five years since we last saw each other. Its a typical New York scene: weary and winter-pale parents eating scrambled eggs in a trendy restaurant while their sugar-rushed toddlers play on iPads. Levy, by contrast, looks calm, happy and healthy, and not just because she has a tan from a recent five-week stay in South Africa.

If we had this conversation five months ago, I would have been in a bad way, she says, in a lilting voice that often puts an unspoken Oh my God! and Can you believe it? behind her words. But Im so much less miserable Im not even miserable at all. So what the frack are we going to eat?

We are just around the corner from Levys flat, where she has spent the past year writing a memoir. This in itself is something of a surprise, because she is not normally a first-person writer. But Levy, after negotiating her order with the waiter (Ooh, the cheddar scramble is that good? But do we have to have the creme fraiche with it? I mean, lets not), shrugs off any concerns about self-exposure: Im pretty open book-y, you know? I never understood what the big deal is about privacy. The hardest part was realising that Id better mean what I say. The whole schtick of the book is acceptance and surrender. So after I finished writing it, I thought, Wow, I guess Id better follow my own advice now.

In 2012, Levy conceived a baby with sperm from a friend, having overcome the reservations shed long had about parenthood. She was about to turn 38: It felt like making it on to a plane the moment before the gate closes you cant help but thrill, she wrote in her 2013 New Yorker article, Thanksgiving In Mongolia.

When she was five months pregnant, she flew to Ulaanbaatar for work. Her friends were concerned but, she wrote, I liked the idea of being the kind of woman whod go to the Gobi desert pregnant. After two days of abdominal discomfort, she ran into the hotel bathroom, crouched on the floor and blacked out from the pain. When she came to, her baby was on the floor next to her. I heard myself say out loud, This cant be good. But it looked good. My baby was as pretty as a seashell, she wrote. She stared in awe at his mouth, opening and closing, opening and closing, swallowing the new world.

She had suffered a severe placental abruption, a rare complication in which the placenta detaches from the uterus. In shock, Levy held the 19-week foetus while blood spread across the tiles. She eventually called for help, taking a photograph of her son before the ambulance turned up. She was taken to a clinic where a kind South African doctor tended to her while she bled and sobbed. And I knew, as surely as I now knew that I wanted a child, that this change in fortune was my fault. I had boarded a plane out of vanity and selfishness, and the dark Mongolian sky had punished me, she wrote.

Levy flew back to New York and, within two weeks, her relationship with Lucy came to an end. For months afterwards, Levy continued to bleed and lactate: It seemed to me grief was leaking out of me through every orifice. She looked obsessively at the photograph of her baby, and tried to make others look, too, so they could see what she saw and they did not: that she was a mother who had lost her child.

Her article, which won a National Magazine Award in 2014, ends at that point, and I assumed that the end of Lucy and Levys marriage was tied to the loss of their child. In fact, that was a whole other shitshow, Levy says now. When she returned from Mongolia, she realised through her fog of grief that Lucy, who had struggled with alcoholism before, needed to go to rehab, badly. The women, still in love but too broken to support one another, separated. Today, they are in touch, but, Levy says, There are times when one of us says, I gotta stop talking to you for a while because this is too painful. Just because you get divorced, you dont magically stop caring about each other.

The breakup is one of only several shitshows recounted in Levys memoir, The Rules Do Not Apply, which looks, in self-lacerating detail, at events in her life before she went to Mongolia, and hints at some that came after. It is not the book that many expected would follow Female Chauvinist Pigs, not least because it could be spun as a warning to women about the perils of waiting too long to have a baby. Placental abruption, Levy writes, usually befalls women who are heavy cocaine users or who have high blood pressure. But sometimes it just happens because youre old. She doesnt go into this in the book, but Levy, who is now 42, has not been able to conceive again, despite having undergone a ridiculous amount of IVF over the past four years.

The alternative way of looking at Levys memoir is that she is dealing with a subject that feminism has never been able to resolve: the immovable rock of fertility, butting up against female progress. Levy says she had always wanted to be a writer, so I built my life with that as my priority; by the time she realised she also wanted to be a mother, she was in her late 30s. She writes that she and her generation were given the lavish gift of agency by feminism, coupled with a middle-class, western sense of entitlement that led them to believe that anything seemed possible if you had ingenuity, money and tenacity. But the body doesnt play by those rules.

Of course, this is partly about class, she says now. I dont hear women who are less privileged thinking theyre entitled to everything, whenever they want it. Thats a privilege phenomenon, but it is a phenomenon. It makes me laugh when people say, Why dont you just do surrogacy, or just adopt? Believe me, there is no just about them. Surrogacy costs $100,000-$150,000 in the US, while adoption costs are on average between $20,000 and $45,000 (costs in the UK are much lower). After the money Levy spent on IVF (A lot. A lot, a lot, a lot), those options are less possible than ever.

Doomy warnings that women need to stop shillyshallying and sprog up are published in the Daily Mail every day. They are far less common from prominent feminist writers, and Levy agrees there is no point in lecturing young women, because it doesnt do anything, and they know it already. Theyre like, Eff you: Im busy trying to earn money and figure myself out. Its just a design flaw that, at the exact moment so many of us finally feel mature enough to take care of someone beside ourselves, the bodys like: Im out.