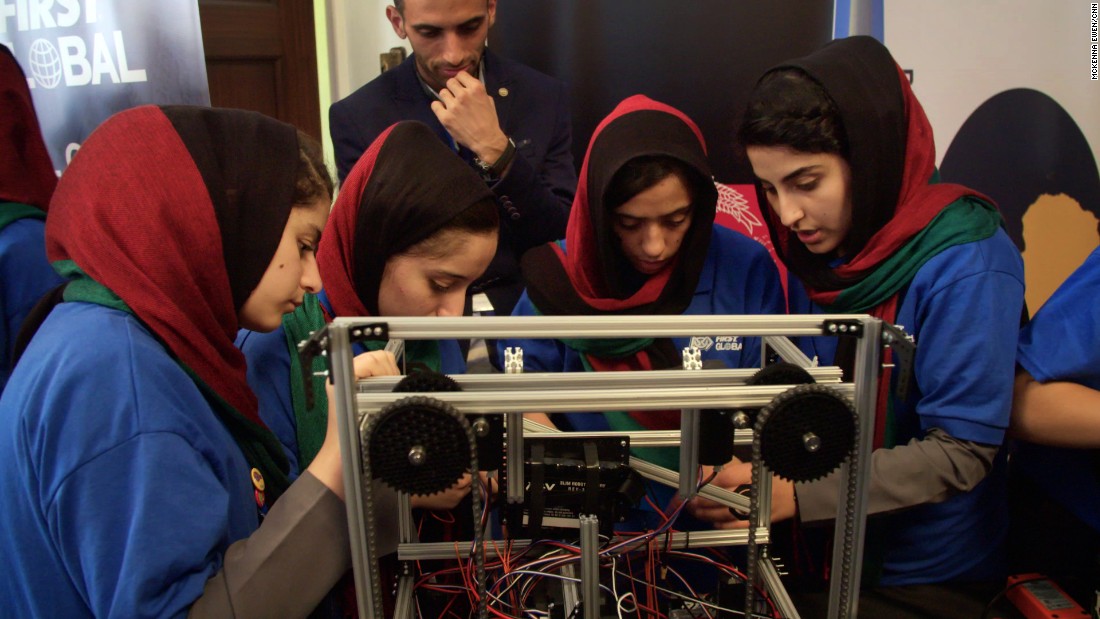 At the White House, President Donald Trump gathered a group of US service members in the Roosevelt Room to talk aboutthe Afghanistan War. 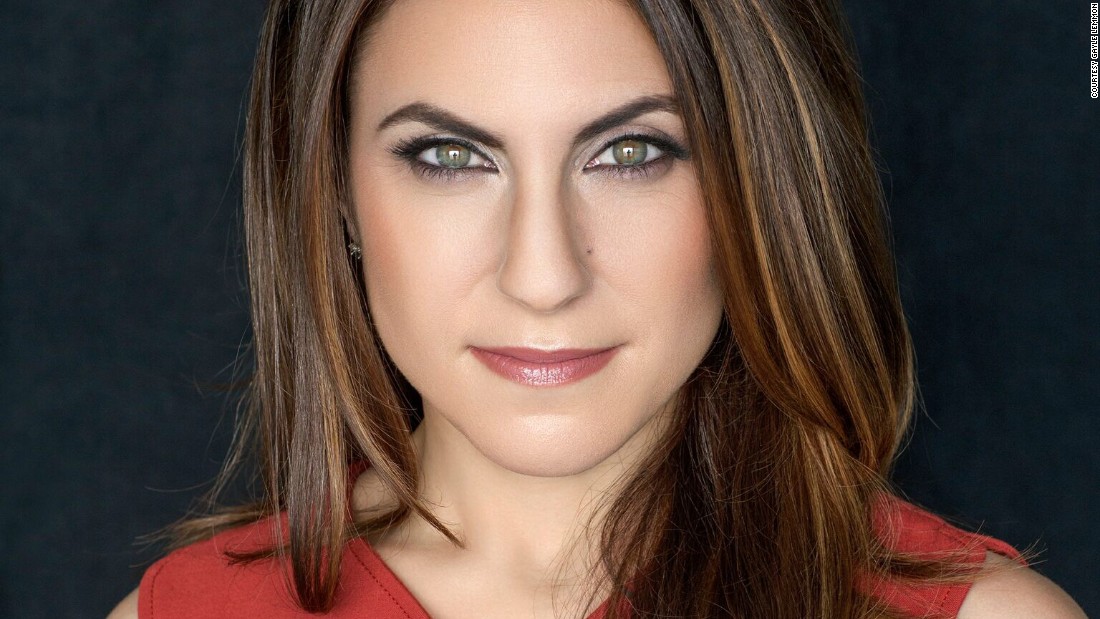 “I’m going to be talking to you about Afghanistan — what you think, your views.” Trump said to the service members assembled. “I want to find out why we’ve been there for 17 years, how it’s going and what we should do in terms of additional ideas. I’ve heard plenty of ideas from a lot of people, but I want to hear it from the people on the ground.”
And less than a mile away a group of teens, most of whom have never lived in an Afghanistan without Americans serving at war in it, symbolized another view of life on the ground: the young generation that has grown up with an international presence in the country and that wants and works to be connected to the world well beyond its borders.
Afghanistan may be known in America only for war and for terror. But as those watching the nation closely know, the teen robotics competitors winning the world’s attention illustrate a competing reality: that of a country whose young people are battling for their future against nearly every obstacle. A generation that is committed to pushing its countrymen toward better governance, a stronger economy, a free media and politics that work, even if the pull of past wars proves difficult to shake in a tough neighborhood filled with homegrown warlords and the formidable nations of Pakistan and Iran. 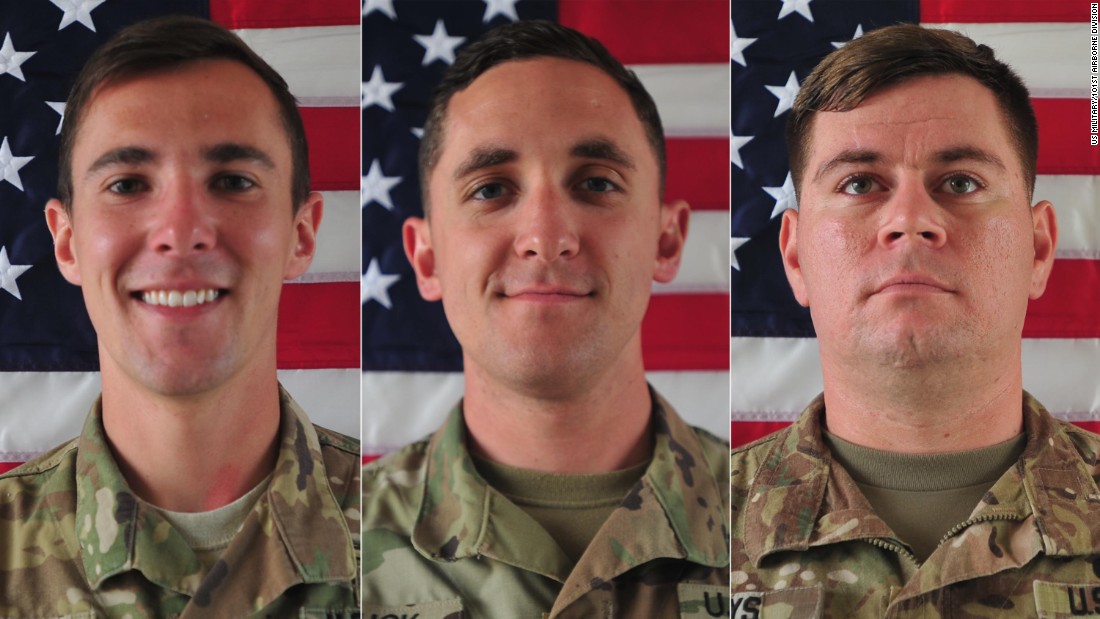 The visa saga — Trump intervened to enable the team to come to the United States after members’ visa applications were denied — may have catapulted the all-girl Afghan robotics team into the news, but their passion for technology and computing have kept them there as the world sees in these determined teenagers another side of their beleaguered nation.
The Afghanistan of 2017 is not the Afghanistan of 2001, a land that time had forgotten while the Taliban ruled. Where girls schools had shuttered, music was banned and computers remained largely unheard of. And the reality of today’s Afghanistan is both more complicated than headlines allow and more layered than the “unsalvageable basket case” narrative so prevalent in American media permits.
It is a country where insurgents attack civilians and military alike and where ISIS blows people up. Where so-called honor killings take place and where a mob killed a young woman who challenged the status quo. It is also a nation where young girls are becoming midwives and saving other women’s lives, where college-educated students open libraries, where entrepreneurs are starting companies, and where a vibrant media has grown. It is a country where women serve as judges, in the legislature, as district governors and in the police force, often in small numbers easy to dismiss except when you see and meet them — and their families — in person. 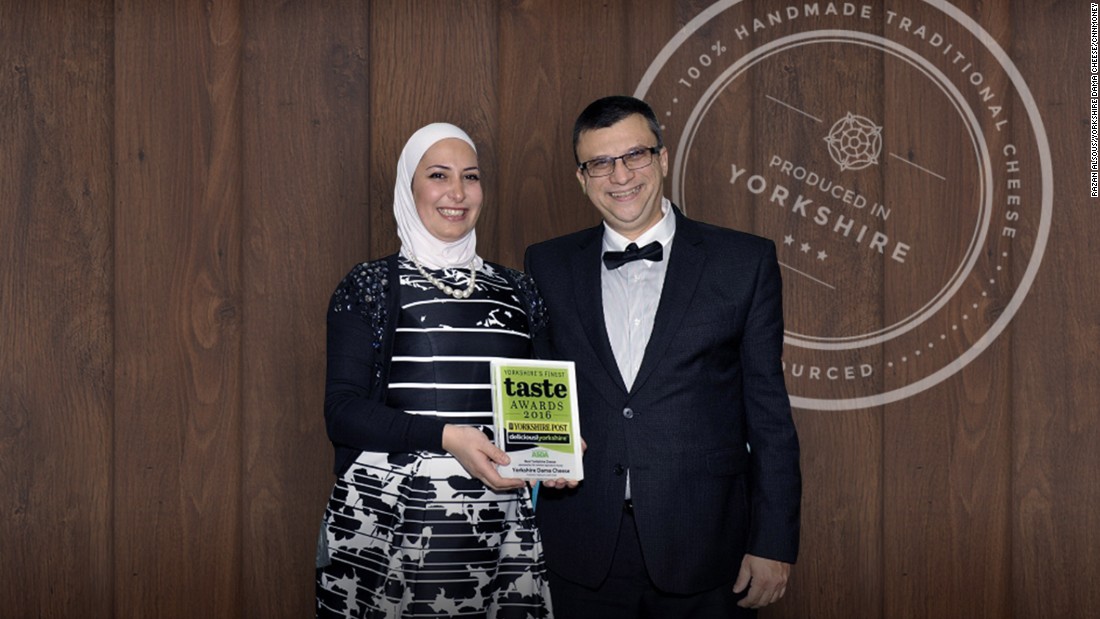 Five years ago I wrote a piece on Afghan tech startups and met Roya Mahboob, a tech entrepreneur from Herat, near the Iranian border, who started her own software company. Some of the young women she hired had to stay home when their families found it inappropriate for them to go meet with clients. So she had them work from home, something technology in general — and software design in specific — allows.
Today she serves as one of the sponsors and mentors for the teens who make up the Afghan robotics team. And though she has yet to reach her 30th birthday, she says she has been taken aback by what she sees in these even younger Afghans with whom she works.
“For this new generation, things are different,” Mahboob told me. “They want to be leaders in science and technology. They are very proud, they have full confidence. When we asked them to compete, if they could represent Afghanistan in this competition, they all said, ‘Yes we can.’ “

“I was surprised,” Mahboob says.
Mahboob was only the start. These girls are now surprising Washington and the world as they travel far from home and offer those they meet a glimpse of a new Afghanistan, one whose fate is not yet clear, but whose stakes most certainly are.