The cost of prescription drugs is already huge problem for Americans. This appointment would make it worse, says Gabriel Levitt, founder of Prescription Justice 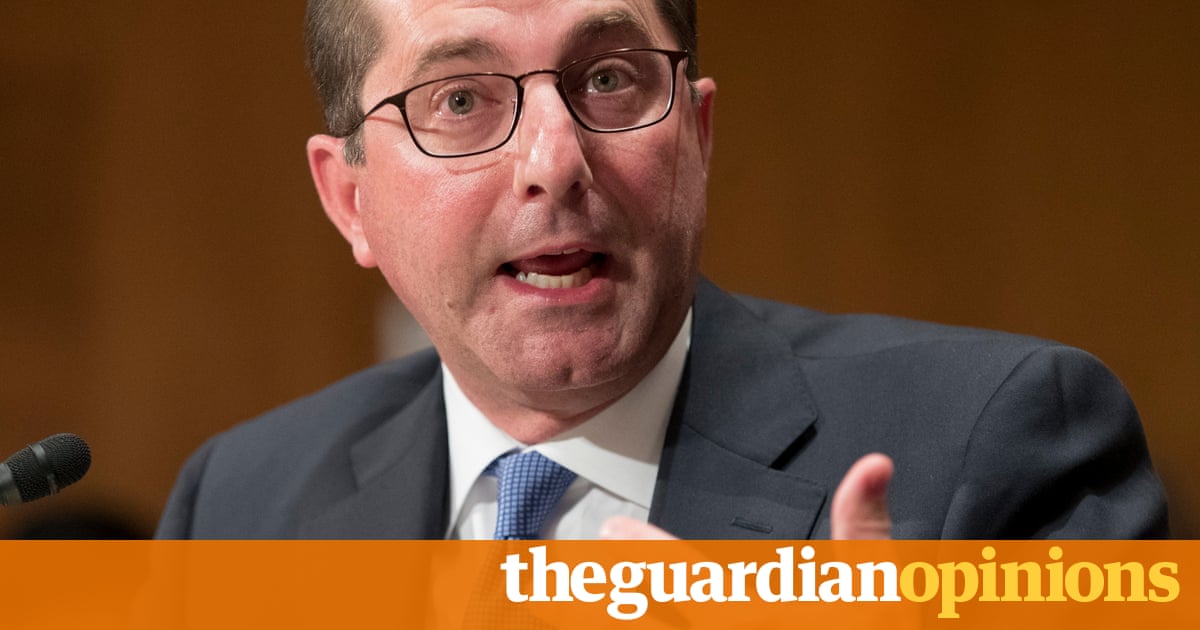 Recently, the president announced Alex Azar as his nominee to lead the US Department of Health and Human Services, saying: “He will be a star for better healthcare and lower drug prices!”People like me – experts in drug policy and advocates for lowering drug costs for American patients – know that nothing could be farther from the truth.

On average, Americans pay twice as much for life-saving drugs as consumers in other developed countries. It doesn’t have to be this way, but unfortunately, Azar might think so.

On Wednesday, Azar appeared before the Senate Health, Education, Labor and Pensions committee. While he stated his commitment to lowering drug prices, he declined to support the two solutions that would have the greatest impact on patients. In fact, he and his company have vigorously opposed policies that would make healthcare more affordable for the rest of us.

One commonsense solution would be to allow the lawful importation of lower cost prescription drugs from Canada and European Union countries with strong drug safety regulations, allowing more competition in the market and thus lowering the price of drugs across the board.

Drug companies such as Eli Lilly, which Azar headed as president, oppose such importation, citing safety concerns. Study after study – and independent medical experts – have repudiated this claim. Not only has Azar publicly opposed importing drugs from other countries, he went on Fox News to encourage the administration to pressure Europe to raise prices.

This is an absurd tragedy in one of the world’s wealthiest countries – and one that Azar has facilitated. The pharmaceutical industry used its full force and might to push lawmakers to drop Medicare drug price negotiations and importation from the Affordable Care Act. Azar’s company, Lilly USA, spent $5.7m on lobbying in 2016 alone.

Azar’s views are out of step with those of most Americans. According to polling by the Kaiser Family Foundation, 92% of independents, 96% of Democrats, and 92% of Republicans are in favor of allowing Medicare to negotiate drug prices; 72% of Americans support being able to import lower cost medication from Canada.

Trump, rather than following through on his campaign promise to control soaring drug prices, has instead nominated the personification of the drug price problem. Azar is a man who has profited immensely from the industry’s inflated drug prices – at the expense of millions of average Americans who need these drugs to survive.

What scares me is that Azar may actually believe the system is as it should be. How can we ever tackle the crisis of high drug prices when the person in charge of regulating healthcare in America has profited from big pharma’s unethical practices?

By confirming Alex Azar, the Senate would be handing the pharmaceutical industry its biggest lobbying victory ever. For America’s patients, children, and elderly, the Senate must vote no to Alex Azar.