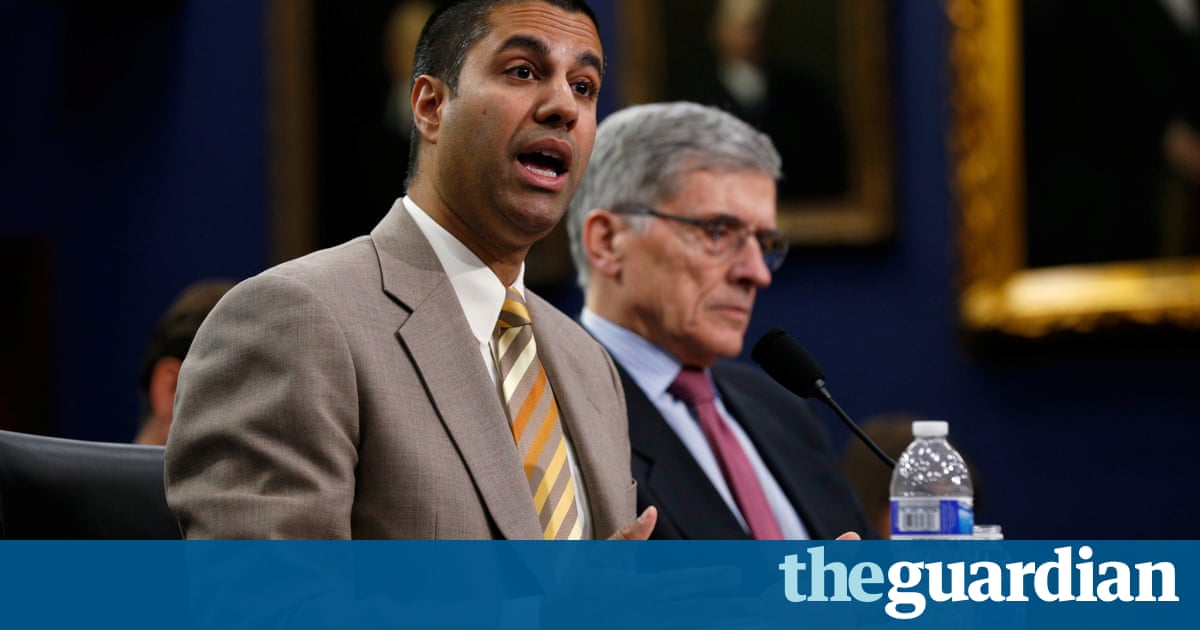 Ajit Pai, the chairman of the Federal Communications Commission, has a reputation as a nice guy who remembers co-workers birthdays and their childrens names.

After he was targeted by trolls on Twitter, he took it in good humor, participating in a video where he read and responded to mean tweets.

This is the man who could destroy the open internet.

Net neutrality, which some have described as the first amendment of the internet, is the idea that internet service providers (ISPs) treat everyones data equally whether thats an email from your mother, an episode of House of Cards on Netflix or a bank transfer. It means that cable ISPs such as Comcast, AT&T or Verizon dont get to choose which data is sent more quickly and which sites get blocked or throttled based on which content providers pay a premium.

As the comedian John Oliver puts it: ISPs should not be able to engage in any fuckery that limits or manipulates the choices you make online.

In February 2015, the Federal Communications Commission (FCC) voted to more strictly regulate ISPs and to enshrine in law the principles of net neutrality. The vote reclassified wireless and fixed-line broadband service providers as title II common carriers, a public utility-type designation that gives the FCC the ability to set rates, open up access to competitors and more closely regulate the industry.

But Trumps FCC, with Pai at the helm, wants to repeal the rules.

The son of Indian immigrants who came to the US to work as doctors in rural Kansas, Pai went to Harvard University, where he studied social studies before getting his law degree from the University of Chicago. Aside from his two years working as associate general counsel at Verizon, Pai has spent most of his career in government.

Pai was nominated for a Republican party position on the FCC by Barack Obama in 2011 and was reconfirmed by the US Senate in 2o12. After his four-year term, Donald Trump made Pai the chairman of the FCC, where hes been an advocate for less regulation.

Pai argues that if the US introduced strong net neutrality protections, authoritarian states would have an excuse to clamp down on online freedoms in spite of the fact that authoritarian states dont need an excuse to do so. He also says that legislation should only be applied if theres a market failure. However, as Pai has said, nothing is broken and the rules were established on hypothetical harms and hysterical prophecies of doom.

Beyond that, he argues that the broadband market is more competitive than the search engine market, despite the fact that 76% of people have either zero or one fixed ISP offering industry-standard broadband speeds. Google might have a huge market share, but there are many other options available to anyone with an internet connection. Many Americans have just one option for their home broadband provider.

Pais views echo those of the big broadband companies. That might have something to do with the huge sums AT&T, Comcast and Verizon throw toward lobbying, collectively spending $11m in the first quarter of 2017.

The big telecommunications companies also argue that the rules are too heavy-handed and will stifle investment in infrastructure although they say the opposite when talking to their investors. Instead of being regulated like utilities, these companies say theyd prefer to self-regulate until net neutrality protections can be passed by Congress.

That hasnt worked out well for consumers so far: during negotiations with Netflix in 2014, Comcast and Verizon throttled streaming speeds by up to 30% on average until Netflix decided to cough up cash through paid prioritization deals. These types of deals were scrapped under the 2015 legislation. Internet providers have also given technical advantages to their own streaming services, as AT&T did with DirectTV in 2016.

Pretty much everyone outside the large cable companies supports the FCCs net neutrality rules. In an uncharacteristic display of unity, large companies such as Amazon, Google and Facebook have joined forces with smaller companies such as Reddit, Netflix, Vimeo and Etsy and activists including the Electronic Frontier Foundation, the ACLU and Demand Progress to protest the proposed rollback. They are among the 200 organizations to participate in a day of action on 12 July in an attempt to get their users to contact Congress and the FCC and demand that net neutrality be protected.

Ajit Pai may think big cables interests are more important than the publics, but the day of action makes it clear that few outside the boardrooms of Comcast or AT&T agree, said Pierce Stanley of Demand Progress. A majority of Americans support net neutrality, and their voices will be heard loud and clear when we take back the internet from Pai and his cronies.

After Wednesdays day of action, members of the public will have until 18 July to send comments to the FCC. Replies to those comments are due by 16 August, after which the FCC will make a final decision.