Organizers across the US are riding the momentum of the post-inauguration march to mobilize in solidarity with scientists, immigrants, LGBT people and more 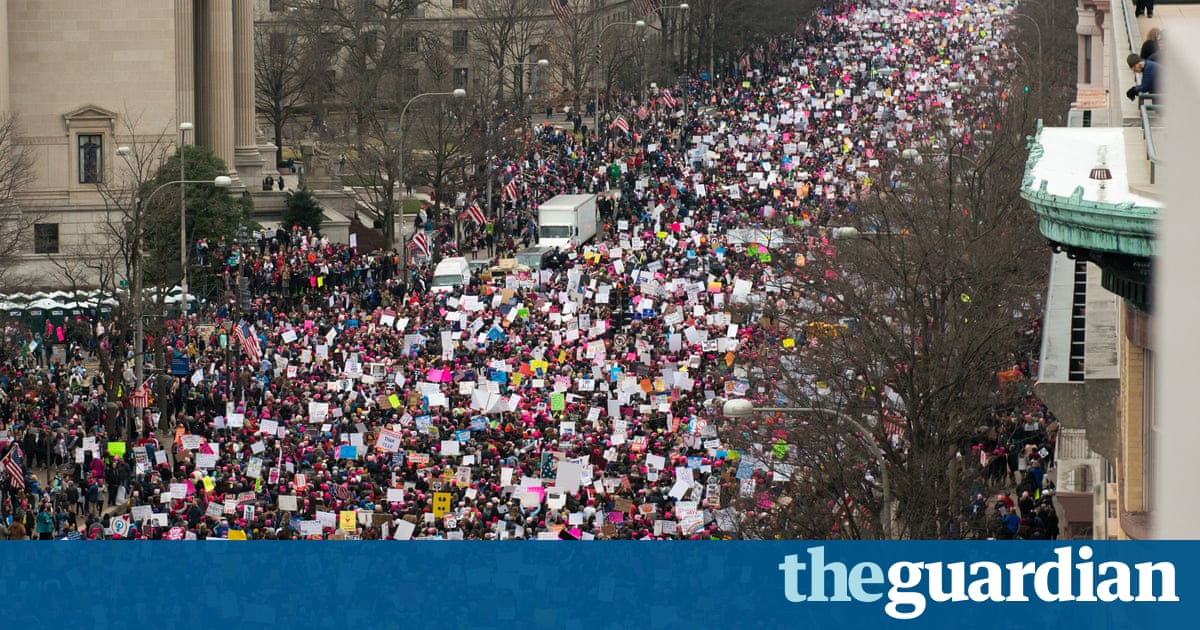 Hope your feet arent sore yet, because come spring, there are major nationwide marches planned for nearly every weekend.

After the success of the Womens March on Washington, activists are preparing for mass mobilizations throughout the year.

Here are some ahead:

Since Donald Trump refused to release his tax returns during the campaign, thousands are marching on Tax Day to protest the absolute unfairness of a man who is a billionaire president who might be not paying taxes while working folks are paying their fair share, said Gwen Snyder, a community organizer and national organizer of Tax March.

At least 30 Tax Marches have been planned in solidarity around the country with several hundred thousand people expected. The Los Angeles event page shows 66,000 people who have expressed interest or attending. The New York march event page has nearly 40,000 interested or attending, and 37,000 people have said they are interested in the DC march, with over 7,000 clicking attend.

Snyder, who has spent 10 years as an organizer around economic justice, declared: I havent seen this kind of energy on the ground since Occupy.

The DC march will take place at 10am at the Ellipse.

Trump is known for being sceptical of climate change, meeting with vaccine sceptics and announcing cuts to the Environmental Protection Agency (a department he plans to abolish, according to an aide).

After the idea for scientists to march on Washington was first suggested in a Reddit forum, the March for Science will be held at the Washington Mall on Earth Day, 22 April.

The March for Science is a demonstration of the widespread public support for the scientific method, the enterprise of science (including science communication and education), and the use of evidence as the basis for good decision-making by our political leaders, said Jonathan Berman, a University of Texas Health Science Center postdoctoral fellow and march organizer, in a press release.

We hope to humanize scientists as approachable members of our communities, and to draw attention to dangerous trends in the politicization of science, added Berman.

As well as scientists speaking to the crowd, teach-in tents will be held in DC, with scientists explaining their research and its importance to the public.

One week later, the Peoples Climate March will take place in DC.

Its not just a march in reaction. We planned this march back last fall before the election. Our goal was to move whoever is our president to be big and bold on climate, said Paul Getsos, national coordinator for Peoples Climate Movement, which is organizing the event.

In 2014 the Peoples Climate March in New York City had over 300,000 attendees making it the biggest climate march in history, and the 29 April march (which is day 99 of the new presidents first 100 days) is a follow-on rally.

If it was Hillary Clinton, wed be on the streets on the 29th. Our demands would have been different, acknowledged Getsos, noting that as well as climate, Trump has attacked people of color, unions and immigrants.

Were fighting for climate rooted in racial and economic justice, and we want to hold this administration to account, said Getsos. We want a reaction from the administration, we dont want to roll back our climate progress.

Sister marches and events are also expected to be held in other cities. Details of the route and location of the march have yet to be announced. So far, over 13,000 people have said they are attending or interested on Facebook.

I started organizing for the march the day that Trump … signed the executive order on the construction of the wall on the Mexican border, said Erick Sanchez, whose father is Iranian and great-grandparents are Mexican. That was also the day a draft of Trumps travel ban was leaked to the press.

Sanchez, who works in public relations in DC, quickly secured permits for the National Mall for the weekend of 5-7 May. He noted that the permits were free and on a first-come-first-serve basis for anyone wanting to march on the mall, which is called an incredible resource to have as American citizens.

He said he sees the march as important to help build collective sustainable infrastructure to highlight the attacks about immigration from the Trump administration, and hoped that not just immigrants, but that all different communities came out in support of immigrants.

At this point, with every constituency who gets targeted and harmed, I think its important we come together and organize and align, said Sanchez.

A gay activist from Brooklyn first created the Facebook event (originally called Gays on the Mall) after being inspired by the huge crowds at the Womens March, to be held on Pride weekend.

It quickly grew online, with 130,000 people marking themselves as interested or attending on the events page.

The outreach and response to this march is staggering and inspiring. What started off as a proposed march in Washington DC on June 11, has quickly morphed into a national movement, as well as a global one, reads the event description.

But there was criticism by some in the LGBT communities, since large-scale Pride events had been long-organized for the weekend.

Philly Gay Pride posted an announcement on its website noting that the DC march threatens Philadelphias Pride events and that even a 15-25% lower than expected attendance could have catastrophic repercussions.

Not only does this threaten the viability of Philadelphias gay pride organization, it will have a profound negative effect on the myriad of community non-profits that depend on our events, reads the announcement.

The Guardian contacted the Pride March to discuss the event and was told: Unfortunately, we are not granting any media requests at the moment until a diverse and intersectional initial planning group has finalized our mission statement and platform/agenda.

In September, fans of the hip-hop group Insane Clown Posse and their fan base, better known as juggalos, will march on DC to protest their classification by the FBI in 2011 as a gang.

As wonderful as the Womens March was, we planned this well before the Womens March, said Jason Webber, director of public relations for Psychopathic Records, who is organizing the march. He notes they received march permits last September.

Stories from the Juggalos March website describe people who lost custody of their children, were fired from jobs and had criminal charges increased against them because of being classified as gang members.

Webber is trying to get politicians and other activists involved, since Juggalos view the FBI classification as government-approved discrimination based on music taste.

But considering the current climate in America in general and Washington DC specifically, people are just getting a little bit jittery about going to DC and raising their fists against the FBI, said Webber.