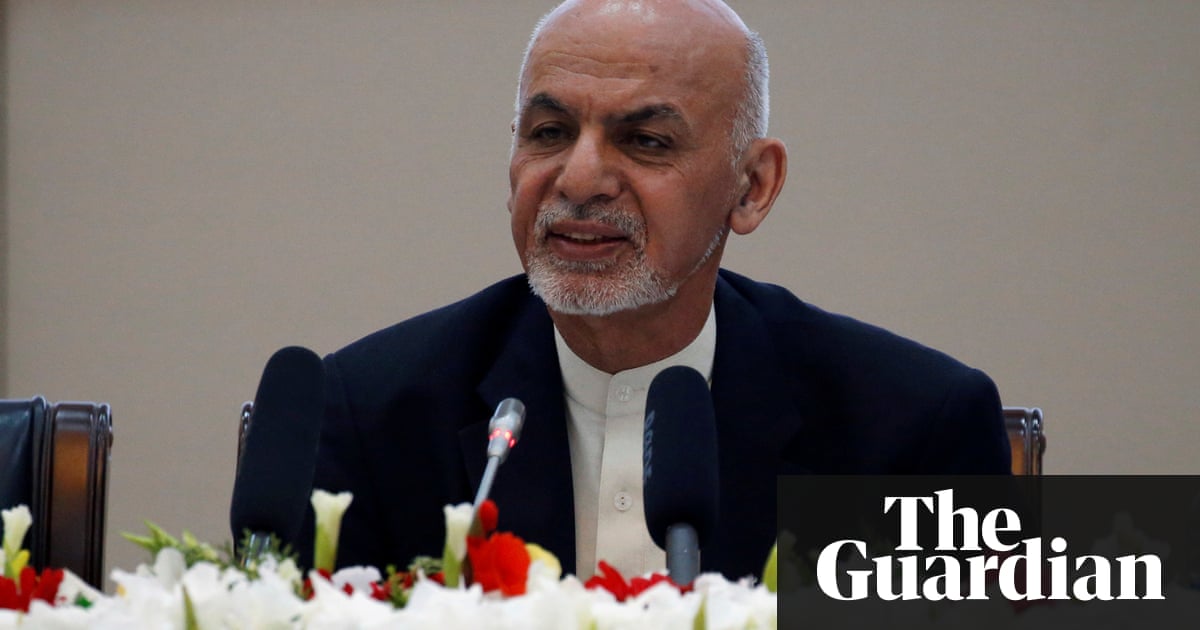 A bold plan to draw the Taliban into a binding peace process looks like a last, desperate gamble by Ashraf Ghani, Afghanistan’s embattled president, to end one of the world’s most intractable wars. His initiative may have come just in time.

Ghani’s initiative, unveiled at an international conference in Kabul on Wednesday, follows a sharp escalation in the number of Taliban attacks. More than 100 people were killed in an ambulance bombing in the capital last month, and at least 20 died in a siege at the Intercontinental hotel.

Lethal violence has become so endemic it is barely reported. Last week, nearly two dozen Afghan soldiers and three civilians died in multiple attacks across the country, including a double suicide bombing in southern Helmand province, where British troops once fought.

According to UN figures, a rise in the number of undiscriminating attacks last year resulted in more than 10,000 civilian casualties – 3,438 people killed and 7,015 injured. Tadamichi Yamamoto, the UN envoy to Afghanistan, said: “These chilling figures alone cannot capture the appalling human suffering inflicted on ordinary people, especially women and children.”

Ghani’s peace offer comes as the US, his principal military ally, is engaged in another bout of soul-searching as to what it is trying to achieve in Afghanistan.

The US and its Nato allies have been fighting the Taliban since 2001, but victory has eluded them. Donald Trump questioned American aims in Afghanistan during the 2016 election campaign and his commitment remains in doubt.

After a tough internal debate, Gen John Nicholson, the US commander in Afghanistan, persuaded Trump to deploy an additional 3,000 troops, taking the total to about 14,000. American forces stepped up anti-insurgent operations last year, particularly airstrikes – one reason for the surge in casualties – in order, they said, to force the Taliban to the negotiating table. But estimates suggest the Taliban has increased the amount of territory it controls outright, or is contesting.

“Since the US drawdown of peak forces in 2011, the Taliban has unquestionably been resurgent,” a Foundation for Defense of Democracies survey concluded.

American critics have questioned how 14,000 troops can succeed where 140,000 deployed under Barack Obama could not. Daniel DePetris, an analyst, argued that the revamped military strategy is a flop and the annual $45bn (£33bn) cost a waste of money.

“Afghanistan is not worthy of any more American investment. It is time to get out [and] let the region’s neighbours manage the Afghan quagmire,” DePetris wrote.

Yet increased US military pressure does seem to be having some impact. Earlier this month, the Taliban, which has been fighting to restore Islamic rule in Afghanistan since its 2001 ousting by US-led forces, proposed direct talks with the US, while insisting all American forces withdraw first.

The Afghan government opposed the initiative, saying the Taliban must talk to it, not Washington. That is a process Ghani is trying to kickstart by offering to recognise the Taliban, which he previously dismissed as rebels” and “terrorists”, as a legitimate political group. A ceasefire and a release of prisoners were among available options, he said, including inclusive elections.

“We are making this offer without preconditions in order to lead to a peace agreement,” the president said. “The Taliban are expected to give input to the peace-making process, the goal of which is to draw the Taliban, as an organisation, to peace talks.”

In return for recognition as a legitimate political group, the Taliban would have to recognise the Afghan government and respect the rule of law, Ghani said.

His timing may prove propitious for other reasons. Pakistan, a longstanding, semi-covert backer of Taliban leaders and the allied Haqqani network, is being financially squeezed by Trump. Washington withheld hundreds of millions of dollars in support last month over Islamabad’s alleged support for terrorism.

All parties to the conflict, national and regional, have a potential financial motive to stabilise Afghanistan. Last week, a ceremony in Herat marked the start of work on the Afghan section of a $10bn gas pipeline linking Turkmenistan, Pakistan and India.

The Taliban declared that it supported the pipeline and other infrastructure projects that could benefit Afghans. “We announce our cooperation in providing security for the project in areas under our control,” a spokesman said. Like Ghani’s government, the Taliban is eyeing a share in an estimated $500m-$1bn in annual transit fees. But peace, naturally, is priceless.