Silver has stolen the NFLs publicity playbook, and the NBA is on top. Maybe were witnessing the end of footballs dominance of the US sports scene 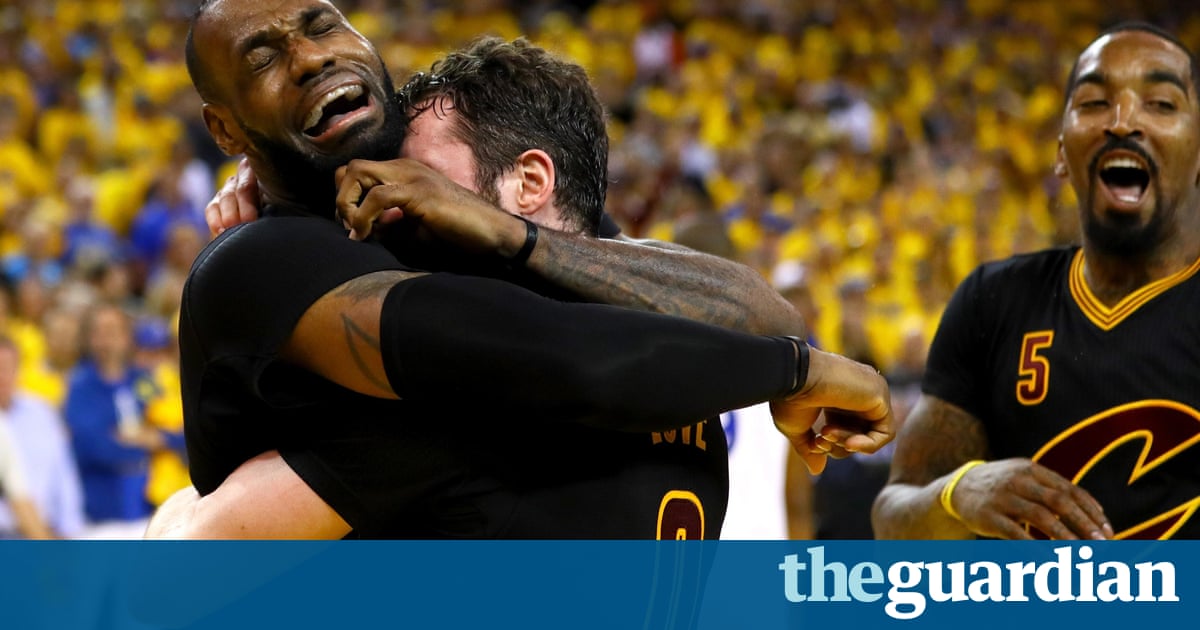 Roger Goodell has weathered a lot during his time as NFL commissioner. Hes mishandled scandal, quashed scientific research, championed pay-for-play patriotism, issued wildly inconsistent punishments and welcomed replacement refs. The man has botched and bungled everything. Each incident a self-inflicted wound. Every misstep or, in some cases, every years-long pattern of mismanagement resulting in new calls for him to be fired.

Yet he remains high above Manhattan in his predictably cold and corporate office, safe and content after clearing more than $30m in salary again last year, millions more than what any one player in the NFL is paid in a year.

Goodell seems invincible. He lives on, even though he briefly died last month.

He is the Teflon commissioner. It doesnt matter how much he throws up all over himself, everything gets washed away with the next spin of the NFL news cycle.

But there has been one slight problem with the NFLs offseason this year: there has been an actual NFL offseason this year. A league that is usually a ceaseless headlines-churning monster has been reduced to the back pages. When is the last time you heard NFL news? Real NFL news, not some update on the spiral status of Johnny no-longer-employed-in-Football. Tom Bradys four-game suspension getting upheld by a federal appeals court happened more than than two months ago. Since then? Uhhh … the other day I saw something about Von Miller and the Broncos maybe talking to each other. On the phone. What a scoop!

There has been nothing. No NFL news. Zero. Not a scandal. Not a rule change. Not some tweak to the Pro Bowl format. Not even a rumored tryout for Tim Tebow. The NFL has been gasp irrelevant.

For the last six weeks the NBAs finals and free agency has dominated American sports, with no sign of slowing down. Euro 2016 and the Copa America have taken up the bulk of the coverage in between. Whats left has gone to baseball and the Olympic Trials. Yes, people swimming and running in circles for the right to go to a bacteria-ridden crime state is getting more publicity than some good, old-fashioned American football offseason.

It used to be that Goodells NFL could provide us with that kind of dystopian fix at any point on the calendar. Or, barring true carnage, the league could simply announce they were moving kickoffs four inches in some direction and all other sports would cease to exist while the nation breathlessly debated how the change might impact the religious experience that is Sunday football in the fall.

But right now its all NBA even though were nearly four months from seeing any real NBA basketball. The only on-court action available currently is NBA Summer League, essentially the preseason of NBA preseason, and the NFL cant even break through that.

Adam Silvers NBA is dominating Goodells league in every way.

The NBA draft brought the league Ben Simmons, a talent that is already wowing with a fast summer league start. The NFL draft brought Jared Goff and Carson Wentz, two guys that some scouts think might one day start.

The NBAs debilitating injuries are mainly relegated to the New York Knicks roster. The NFLs have created an existential crisis for the entire sport.

Goodell and friends arent even getting the any publicity is good publicity headlines now. Big name NBA player Draymond Green just got arrested in Michigan while the NFLs police blotter has remained relatively empty. Wasnt crime supposed to be the NFLs thing? Even Steph Currys awful dad shoes ruled social media for a weekend last month. Every NFL cleat that has ever been made is ugly, but we dont see them going viral.

Its gotten so bad for Goodell that his insane salary doesnt even look like much in NBA terms. The NFLs dark lord is barely making Mike Conley money. Mike Conley.

Maybe this is the NFLs calm before the storm. Maybe Goodell isnt a hopeless idiot and he and his loyal minions are quietly plotting their next move, something that will turn attention back to football. Something that mixes the Super Bowl, the Trump campaign and Pokmon Go into one unavoidable cultural volcano that wipes every other sport off the map and causes all of humanity to forever forget the names LeBron and Durant.

Or maybe what were witnessing is the beginning of the end of the NFLs unquestioned dominance of the American sports scene. Silver has seemingly stolen the NFLs publicity playbook and is using it with a league that already has the advantage of filling nine months of the calendar to the NFLs six. The NBA regular season and playoffs are filled by storylines, and even when those end, the draft and free agency have developed into their own orbits. When NFL training camps open in a few weeks, the NBA will immediately counter with some of its best players on TV every day and night at the Rio Olympics. The NFL will get six weeks of regular season football without any competition after Labor Day, but then the publicity orgy of Durant and the Warriors playing real games begins.

The NFL is still at the top of the pile, but its no longer impossible to imagine the scenario that sees the league stumble to second place. In fact, that scenario might be playing out right now. Goodell has lasted through countless scandals, missteps and simple blatant disregard for humanity. But because the NFL continues to print money for team owners, hes hung on.

As soon as that ends, the moment profits slip, the league will have no use for him and hell be gone. Only by then it will be too late. Basketball will be invincible. If the NBA gets credit for killing off Goodell? Sports fans will love it forever.

Eric Reid: the man who knelt beside Kaepernick and is now out of a job