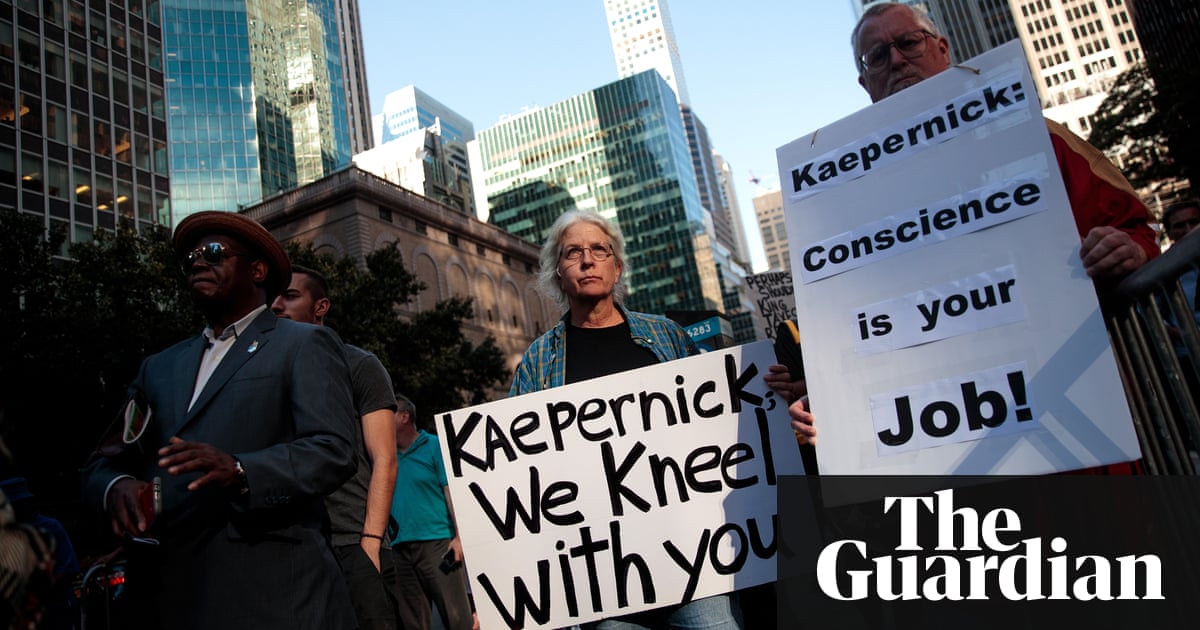 The Resistance Now is a weekly update on the people, action and ideas driving the protest motion in the US. If you’re not already receiving it by email, subscribe.

Representatives of Women’s March, the National Action Network, the National Association for the Advancement of Colored People and other activist groups protested outside the NFL’s New York City headquarters on Friday, after the league issued a policy aiming to stop players kneeling during the national anthem.

The NFL issued new rules on Wednesday that mean players doing so could be fined.