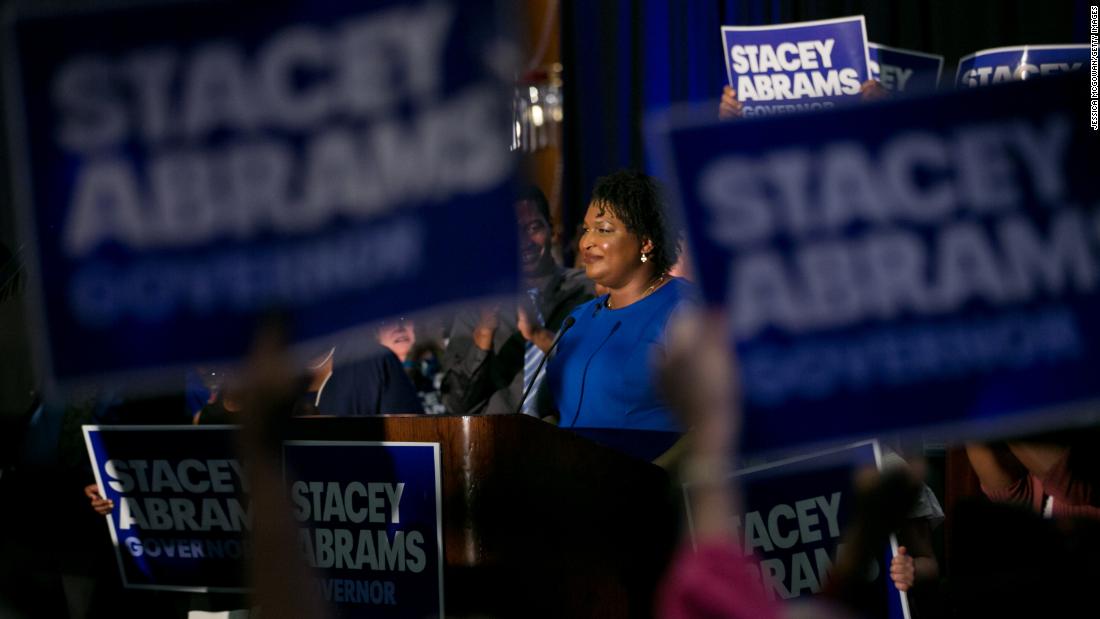 Abrams, a graduate of Yale Law School, was the minority leader in the Georgia State House of Representatives and is in a closely fought race against Georgia GOP Secretary of State Brian Kemp to succeed Republican Gov. Nathan Deal.
Trump said recently that Abrams was “not qualified” for the job, and Obama rebutted the point in a visit to the state, calling her the “most experienced, most qualified candidate in this race.”
Asked why he did not believe Abrams was qualified, Trump said to “take a look at her past” and “what she wants to do and what she has in mind for the state.” He did not elaborate on what he was referring to or provide further evidence on his attack against Abrams.
Trump himself sought and won the presidency with an unconventional background and no prior government experience. He is scheduled to hold a rally for Kemp in Georgia later on Sunday as he travels around the country to boost Republicans in the midterm elections.
In Sunday’s interview, Abrams repeatedly expressed confidence she would win the election, a victory that would mean securing a Democratic win in a state that has voted Republican for years and becoming the first African American woman to be governor. She said further that she believed comments like the one from Trump calling her unqualified were evidence of “desperation” on the other side.
“I think desperation tends to lead to, you know, comments that aren’t necessarily grounded in reality,” Abrams said.
Kemp’s office announced on Sunday that it had launched an investigation into the Georgia Democratic Party for potential cyber crime. Abrams said in her interview with CNN that she had not heard about it, but that her initial reaction was to call it a “desperate attempt” by Kemp to distract from a legal battle he has faced as secretary of state overseeing the current election.