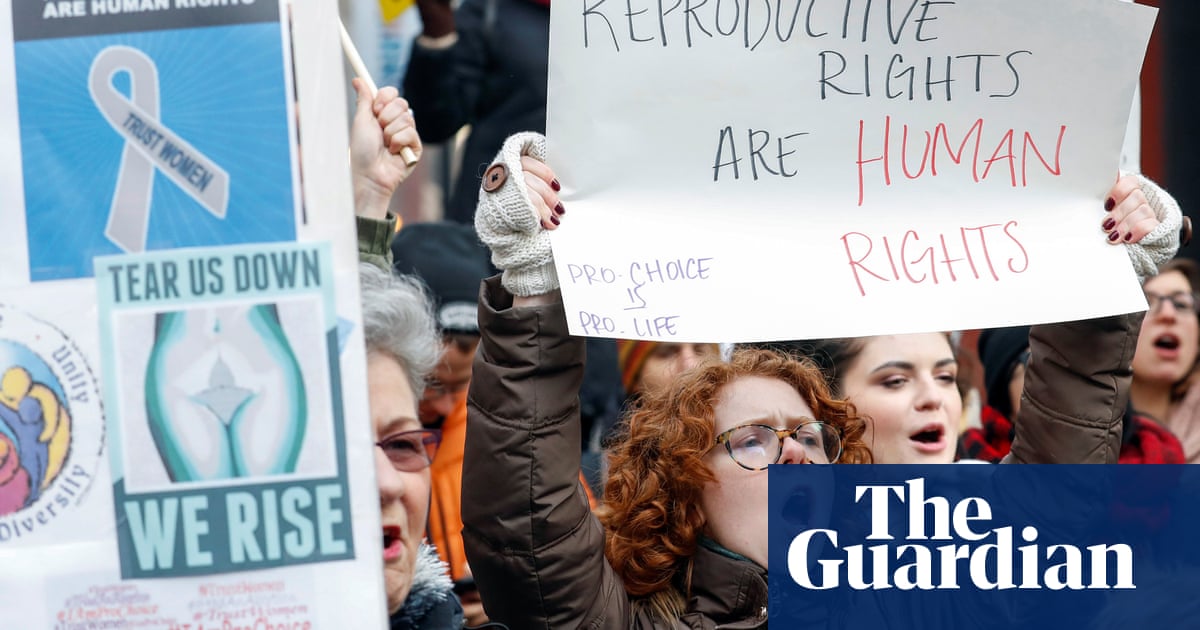 After a federal judge struck down a Kentucky abortion law that would halt a common second-trimester procedure to end pregnancies, the state’s anti-abortion Republican governor immediately vowed to appeal.

The US district judge Joseph H McKinley Jr ruled on Friday that the 2018 law would create a “substantial obstacle” to a woman’s right to an abortion, violating constitutionally protected privacy rights.

Kentucky’s only abortion clinic challenged the law immediately after it was signed by Governor Matt Bevin. A consent order suspended its enforcement pending the decision.

The law attempted to halt an abortion procedure known as “dilation and evacuation” that was used in 537 of 3,312 abortions in Kentucky in 2016, according to state statistics.

In his ruling, McKinley wrote that standard dilation and evacuation procedures accounted for virtually all second-trimester abortions in Kentucky. The law would “unduly burden” women seeking the procedure, he said.

“If the act goes into effect, standard D&E abortions will no longer be performed in the Commonwealth due to ethical and legal concerns regarding compliance with the law,” he wrote.

The result, the judge said, would be that women would lose “the right to obtain a pre-viability abortion anywhere in the Commonwealth of Kentucky after 15 weeks”.

In the US, women have a constitutional right to obtain an abortion up to the point when the fetus can survive outside the womb, which is generally understood to be 24 weeks into a pregnancy. Full term is 40 weeks.

“Laws like this are part of an orchestrated national strategy by anti-abortion politicians to push abortion out of reach entirely,” Kolbi-Molinas said.

A spokeswoman for Bevin, Elizabeth Goss Kuhn, said the governor’s legal team would appeal McKinley’s decision and predicted the law “will ultimately be upheld”.

“We profoundly disagree with the court’s decision,” Goss Kuhn said, “and will take this case all the way to the supreme court, if necessary, to protect unborn children.”

Kentucky is one of many Republican-dominated states seeking to enact restrictions on abortion as conservatives take aim at Roe v Wade, the 1973 supreme court decision that legalized abortion. Energized by Donald Trump’s appointment to the supreme court of two conservatives, abortion opponents hope to ignite legal battles which could prompt the justices to revisit Roe.

Lawyers for the Kentucky state government say the law there would still allow use of dilation and evacuation, but only after doctors used other methods to induce fetal death. Abortion providers violating the law would be guilty of a felony. Women undergoing such abortions would not face prosecution.

According to the judge, that would lead women to “endure a medically unnecessary and invasive procedure that may increase the duration of an otherwise one-day standard D&E abortion”.

McKinley said the plaintiffs “successfully showed the act will operate as a substantial obstacle to a woman’s right to an abortion before the fetus reached viability, a violation of a woman’s 14th amendment rights to privacy and bodily integrity”.

Kentucky Republicans have pushed through a series of measures putting limits and conditions on abortion since assuming complete control of the state legislature in 2017. Those laws have triggered several legal challenges.

Elsewhere, Georgia and Ohio have enacted six-week abortion bans, which are blatantly unconstitutional, as part of a group of at least 15 states to consider the bans. Alabama is expected to vote on a total abortion ban as soon as next week.